Of Jaguars, Sky Islands, and Us 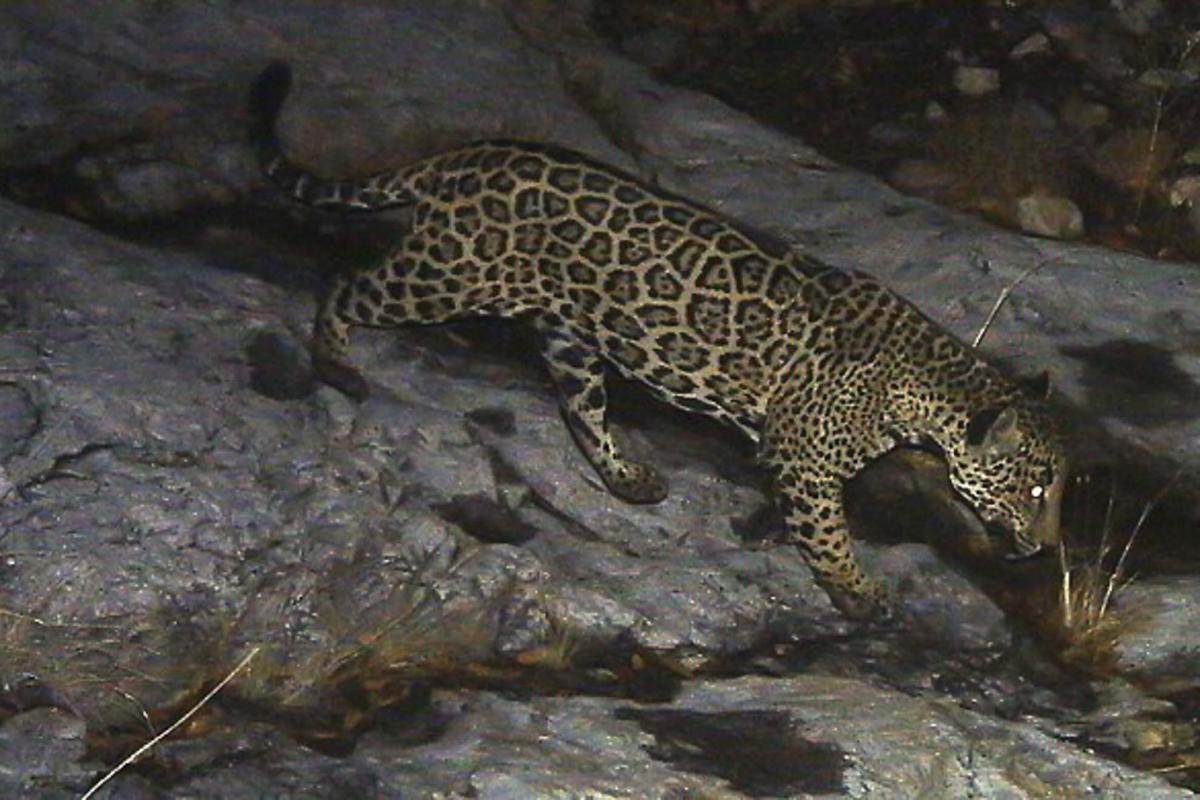 He was young, handsome, mysterious, and wanted. He was looking for a mate. After growing to adulthood in the Santa Rita Mountains just 30 miles from Tucson, Arizona, he was already gone when videos of the solitary jaguar were released in 2016. Named El Jefe by local school children, the powerful cat had probably returned to the Sierra Occidental of Mexico, where there is still a breeding population of jaguars. Unfortunately, there are no female jaguars left in the United States. Hunted to near extinction in the Southwest, the last female jaguar was killed in the White Mountains of Arizona in 1963. However, since 1996, seven different male jaguars have been recorded on Arizona trail cameras. The elusive felines made the journey from Mexico to find their own territory and reach maturity. The great cats moved through the mountains and deserts as their kind has for millennia, unfettered by imperial land claims they know nothing about.

The rapid disappearance of wild animals around the globe is speeding up. The story of El Jefe and other wildlife of the borderlands takes a personal look at the perils they face. A 30-foot wall. Increases in mining claims. Sprawling subdivisions. Extensive drought. Poaching. But the marvelously diverse landscape, unmatched in the continent's interior, entwines with challenges faced by those humans who aim to protect the jaguars, sky islands, and us.