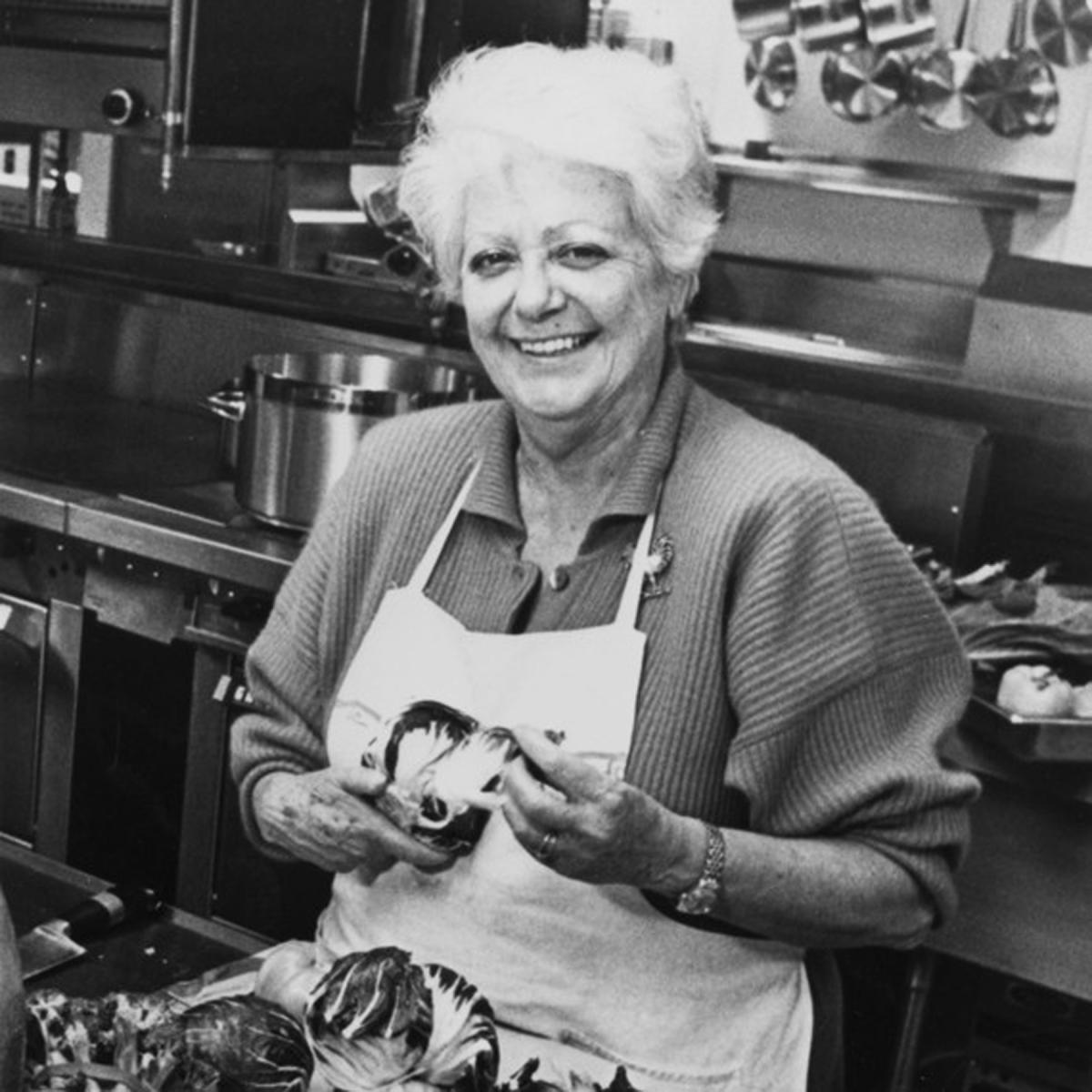 Marcella stands in the kitchen in an apron before a bunch of lettuce.

Please consider making a tax-deductible donation of any size to MARCELLA, a feature-length documentary-in-progress about the extraordinary woman who changed how Americans cook and experience Italian food.

Marcella Hazan embraced simplicity and tradition, and built recipes around high quality ingredients, many of which were not available to Americans in the middle of the 20th century, when parmesan cheese came in a shaker and olive oil was barely known. At a time when Italian food in America meant red sauce and meatballs, Marcella introduced millions of Americans to regional recipes handed down through generations of Italian families. The New York Times wrote that “the impact Mrs. Hazan had on the way America cooks Italian food is impossible to overstate.”

Marcella trained as a scientist and, as a young woman, never set foot in the kitchen. A childhood injury had left her with an injured right arm, a challenge for the physical work of food preparation. But after migrating to New York in the 1950s, she took to cooking with enormous purpose, overcoming her disability, intent upon recreating her memories of the flavors she experienced back in Italy. Soon, she was not only cooking but teaching. When a Chinese cooking instructor was no longer able to lead a class of New York housewives, Marcella took over and taught her fellow students to prepare authentic Italian food instead. Word got out that she was a gifted teacher, and before long Craig Claiborne was praising her work in the New York Times.

The publicity led to a contract for her to write cookbooks, and her first, “The Classic Italian Cook Book,” was a runaway success. By the early 1970s, she was a celebrity, rubbing shoulders with the greatest chefs in the world, teaching thousands of students who came to study in her kitchen, and influencing millions more through her books. In kitchens across America, her recipes began a quiet revolution.

The film will take us from Marcella’s childhood in a tiny Italian village, to Manhattan, where she created a life with her husband and eventual cookbook collaborator, Victor Hazan, whose Jewish family had fled fascist Italy for the U.S. We trace the story of a determined, brilliant woman, who rejected both the bleak food culture of 1950s America and the strictures of post-war domestic life. The journey will bring us back to Italy, where we will revisit the vibrant kitchens and markets where she taught generations of students to understand, prepare, and love authentic Italian food.

Interwoven with her personal story will be an exploration of a handful of her iconic recipes, and their impact on people’s lives, including some of the many home cooks whose marriages began with a dish so seductive, it came to be known as “engagement chicken.” In archival footage and interviews with fellow chefs, famous fans, former students, and Marcella herself, we will capture a sense of a master teacher -- and sometimes a stern taskmaster -- whose goal was not just to teach kitchen technique, but to convey a broader understanding tradition, history, and generational knowledge.

Directed by Emmy and Peabody Award-winning filmmaker Peter Miller (SACCO AND VANZETTI, AKA DOC POMUS, JEWS AND BASEBALL, BEDLAM), MARCELLA will reach audiences throughout the world in cinemas and film festivals, on television, streaming, and video, bringing Marcella’s story to millions of old fans and new admirers.