Riders of the Purple Sage: The Making of a Western Opera 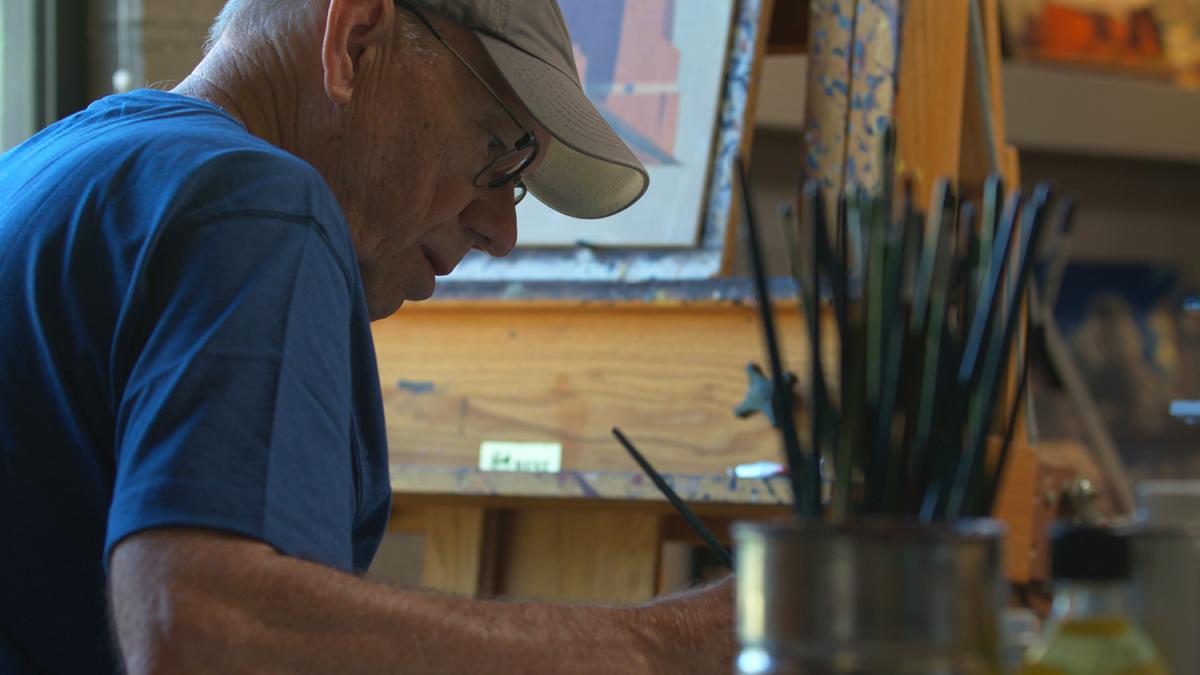 America’s cowboy culture and opera's hallowed traditions converge in a story that celebrates a timeless legend and the collaborative power of art. RIDERS OF THE PURPLE SAGE: THE MAKING OF A WESTERN OPERA follows Zane Grey’s classic Western dime-store novel as it is reborn onstage in fully orchestrated glory.

SYNOPSIS
Zane Grey’s tale of a devout rancher being harassed into marriage by her churchmen and the mysterious gunslinger who empowers her flew off bookshelves in the early 20th Century. Readers in cities around the world were captivated by Grey’s descriptions of open skies and sprawling canyons, and characters struggling to survive in a vast and beautiful landscape. Riders created the archetype of the lone gunman. With its themes of frontier justice, spiritual purity, and self-reliance it is the origin story of the Western genre.

A century later, in Payson, Arizona, classically-trained composer Craig Bohmler dives into the Zane Grey Museum during a rainstorm. There, amidst posters from Grey-inspired Hollywood Westerns, Bohmler finds the same excitement readers felt years earlier - but with one compelling difference: in Riders’ romantic scale, violence and untamed landscape he saw the dimensions of an opera.

What began as a friendly artistic challenge between a composer and his lyricist becomes a creative posse of performers and artisans working together for a monumental goal. When internationally renowned landscape painter Ed Mell agrees to translate Grey’s iconic canyons into scenery for the artistic realm of Puccini and Mozart, this unlikely grand opera of the Old West accelerates toward its world premiere.

From the windswept locations on the Arizona Strip and the Navajo Nation where Zane Grey first drew inspiration to backstage at Phoenix Symphony Hall, where voices, scores and story are meticulously aligned, RIDERS OF THE PURPLE SAGE: THE MAKING OF A WESTERN OPERA traces the metamorphosis of making a great story stand up and sing.