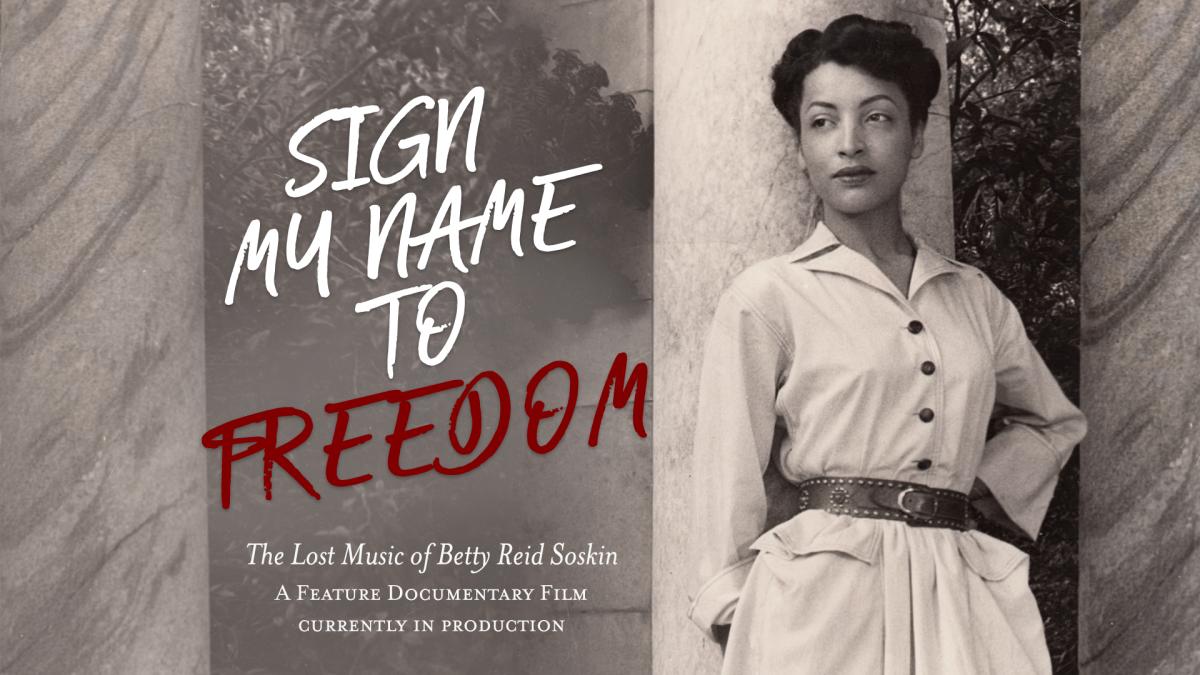 Betty Reid Soskin is America’s oldest park ranger, famous for tirelessly shedding light on the forgotten history of racial segregation in California. But there’s a hidden side to Betty she rarely talks about. Back in the 1960s, Betty was a si​nger/songwriter with a voice like Billie Holiday and the relevance of Nina Simone, but she turned her back on a potential career in music, and her songs haven’t been heard for 40 years.

Now she teams up with composer Marcus Shelby and his orchestra of young musicians in San Francisco to perform new arrangements of her songs, sparking an autobiographical journey through the black experience by three generations of musicians. Sign My Name to Freedom is a feature documentary about Betty, her lost music and her family’s experiences confronting ​racial segregation in California's Bay Area.

Project Status: We will complete principal photography for the film in June 2018. Post-production will take place during the second half of the year and we ​plan to release the film in 2019.

Follow us on social media and be a part of Betty's musical journey!