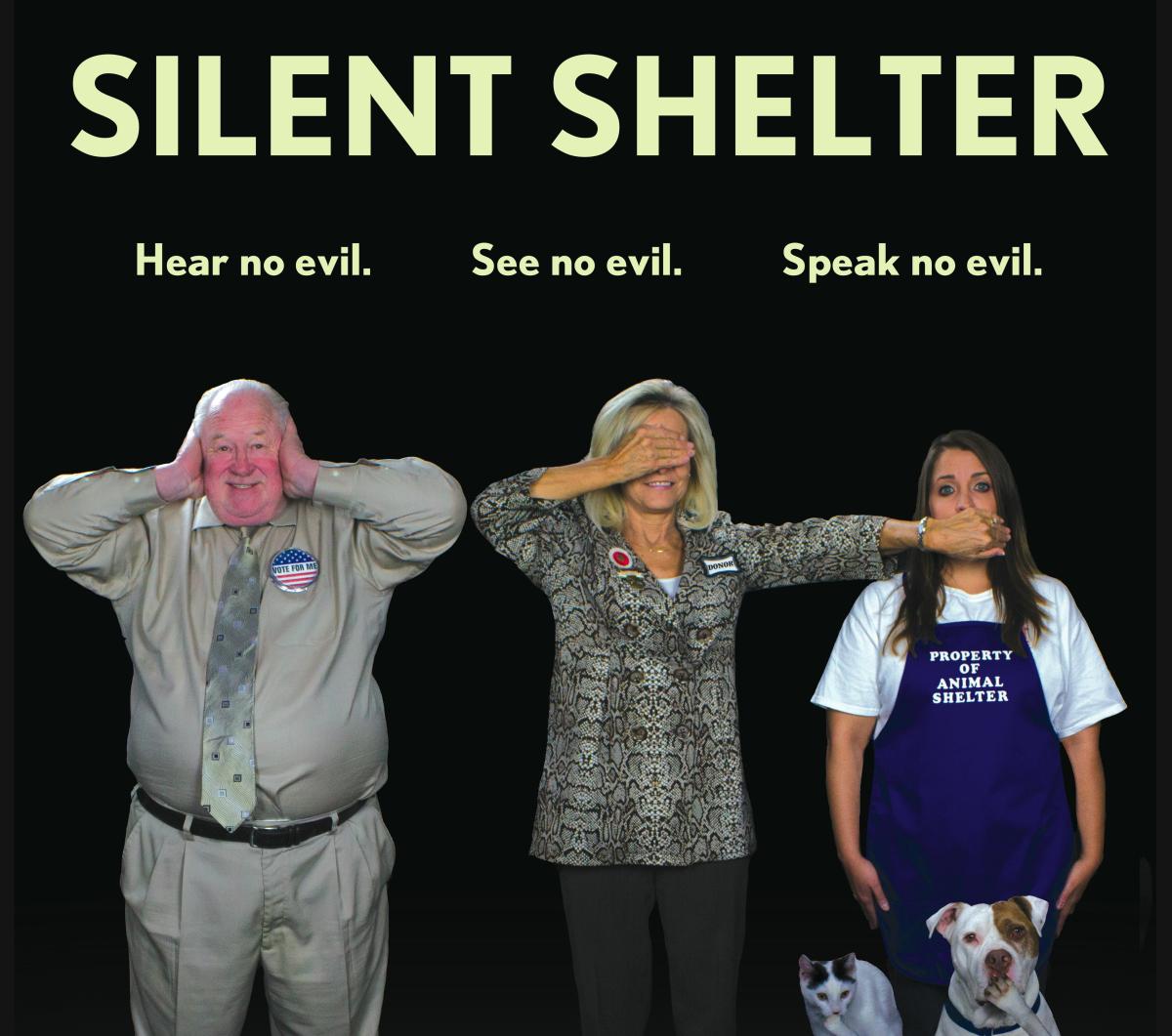 Silent Shelter is a documentary feature that exposes the country's broken animal sheltering system, which is seen through the eyes of those in the trenches, the volunteers. These individuals have an up-close view of the harrowing and often absurd practices that many publicly funded animal shelters engage in on a daily basis.

The film explores the all too common experience of how dedicated shelter volunteers and rescuers show compassion and concern for the animals at their own risk. Speaking out often violates the shelter's restrictive non-disclosure policies that these individuals must sign in order to volunteer. If they break these agreements by doing anything the shelters view as negative, these volunteers are dismissed.

Yet these volunteers and rescuers are also the taxpaying citizens that are funding these city and county run facilities. These confidentiality agreements invariably take away First Amendment rights to check governmental misconduct and expose the deliberate lack of transparency and accountability within the country's animal shelters.

What unfolds in the film is a shocking and often irreverent look at the politics and propaganda, backstabbing and retaliation that often encompasses animal welfare. Told through the personal accounts of those who dare to speak up for the voiceless.