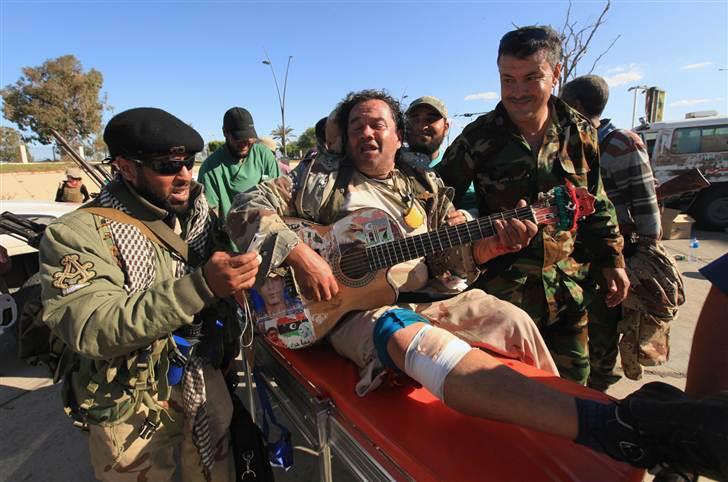 Libya, 2011…Amidst the bloody revolution to overthrow the tyrant Moammar Gaddafi, a defiant music scene emerges from the dust of war. After 42 years of silence, Benghazi resounds with a melodic fury that manifests in a staggering variety of musical genres. The music is astounding in its diversity – traditional folk, hip-hop, heavy metal, rock, blues, and even country. Stronger than Bullets introduces the musicians who emerge, and follows them as they stand shoulder-to-shoulder, guitar to rifle, alongside rebel fighters.After months of brutal war, Gaddafi's death paves the way for the musicians to celebrate their victory with a triumphant music festival. Yet when the tyrant falls, he shatters into a thousand pieces, as shadowy elements suddenly emerge to halt the festival. Victory soon descends into conflict and chaos as Libya descends into the abyss of civil war. The musicians once again retreat to their basements, instruments in hand, as their very right to play is threatened by new forces. Yet the fire of hope still burns within them, as they prepare for the day when their vision of the Libya they fought for comes to life. The enduring message of the film is expressed by one of the musicians, Masoud Buisir, Troubador of the Frontline, as he hoists his iconic, war-weary guitar in the air: "Strings are stronger than bullets."