Sun of the Soil 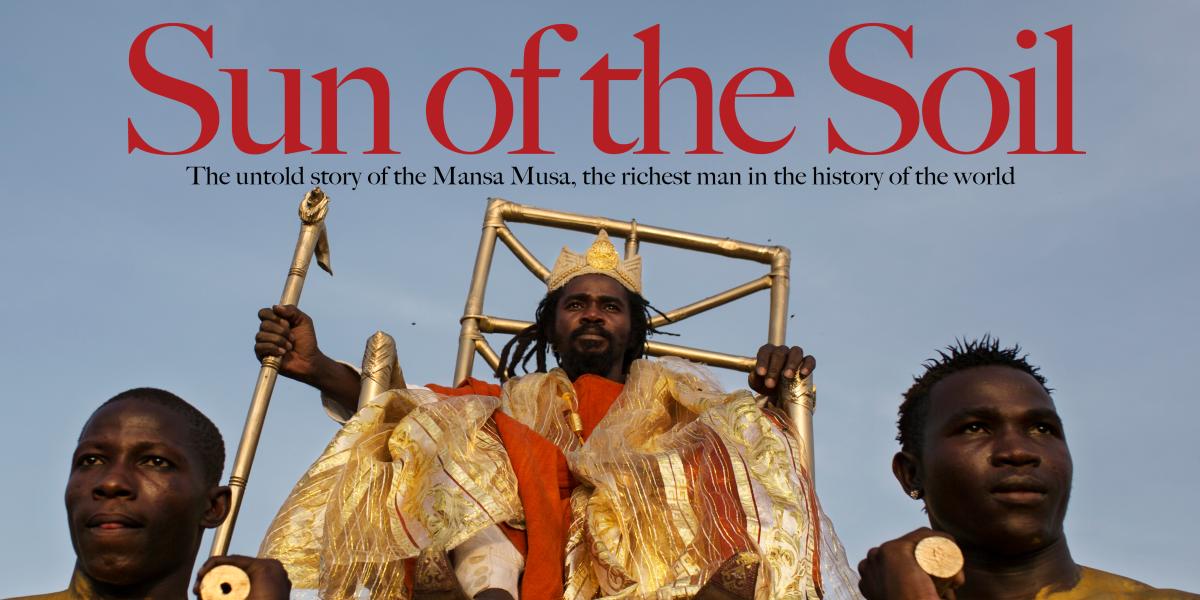 In 14th century Mali, a young royal named Mansa Musa ascended the throne of the richest kingdom in human history. After centuries of colonial invasion, manuscripts with first- hand information on the empire have been destroyed or disappeared, and his story remains a myth. It is this legend of Musa that inspired the blockbuster Black Panther.

The young, ambitious Prince Musa imposes his mother, killing her to accede to the throne. Eager to unite his fractured empire, Musa spends the next twelve years gathering wealth and slaves for the greatest political event never told: his spectacular, two-year pilgrimage by foot across Africa and Arabia with 60,000 people and 18 tons of gold.

But is this Mansa Musa’s real story? Or did a rival family who took power after Mansa Musa frame Musa for his mother’s death in order to discredit his visionary legacy? Sun of the Soil is the story of Malian artist Abdou Ouologuem’s journey to discover the truth behind the legendary African king, Mansa Musa. Abdou and Musa’s story lines weave together and eventually converge, punctuated by performance art pieces that illustrate key moments in Mansa Musa’s reign.