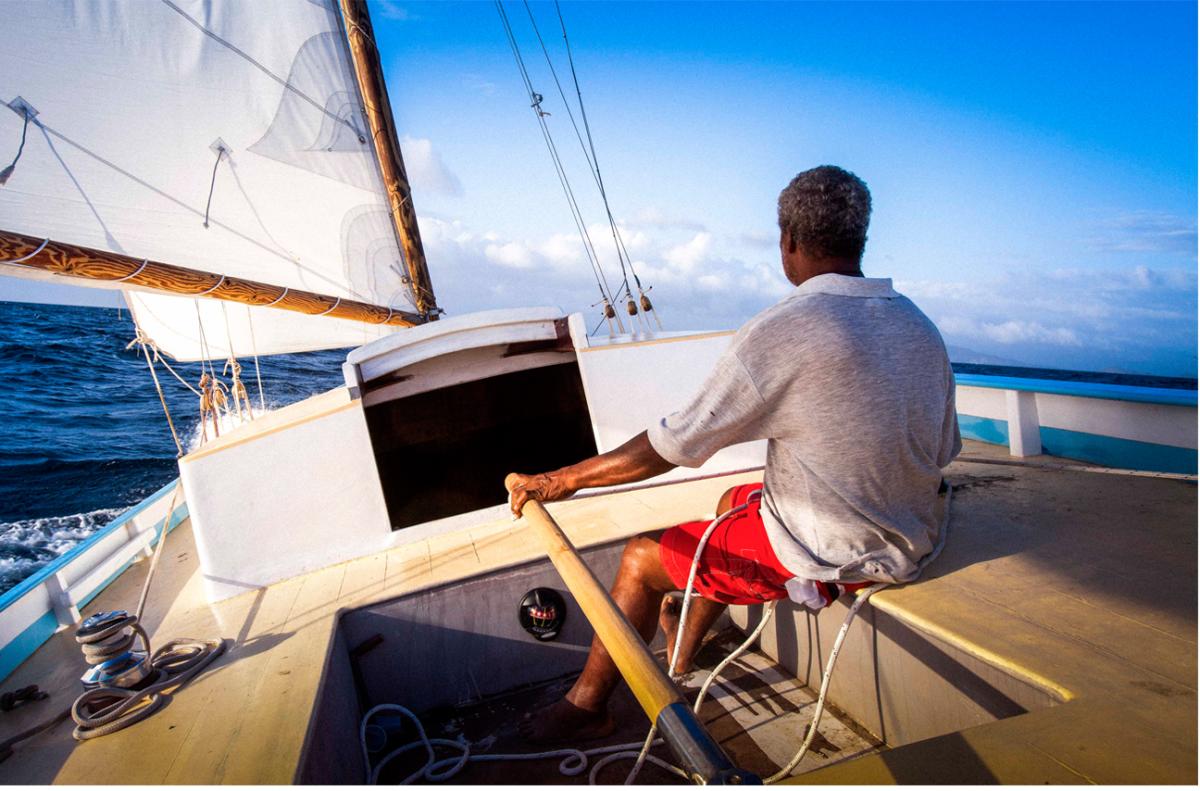 On the island of Carriacou, West Indies, the last wooden sailboat builder dreams of saving a great tradition passed down the generations from Scottish settlers that sailed here centuries ago.

The film follows Alwyn Enoe’s progress and despair over three years - from hauling trees out of the forest with his sons, to a final traditional launching ceremony on the bayside. Stories of the old Caribbean - trading by sail and smuggling contraband from the freeport of St. Barthelemy interweave a tribute to the independent spirit of a small island community.

“An insightful and poignant documentary that is part social history and part Herzogian portrait of resilience and determination in a far-flung locale.” INDIEWIRE

After a year on the festival circuit winning six awards, we are now ready to develop the film’s outreach and distribution to share Alwyn’s message of hope and inspire skills education programs, coastal community and maritime heritage projects around the world.