WE ARE THE RADICAL MONARCHS 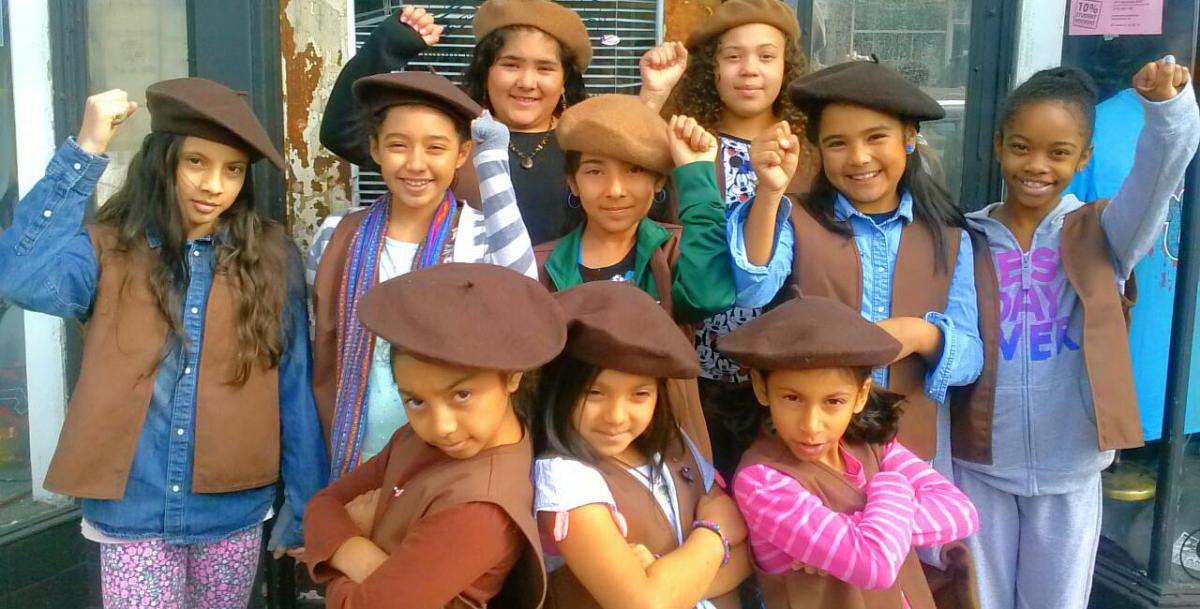 Our film follows the creation of a troop of 8 to 12-year-old girls of color – the Radical Monarchs – in Oakland, CA. A social justice- oriented alternative to the Girl Scouts, the Monarchs still earn badges – not for sewing or selling cookies but for units on Black Lives Matter, Radical Beauty, being an LGBTQ Ally, environmental justice and disability justice

Their mission statement: “The Radical Monarchs empower young girls of color so that they step into their collective power, brilliance and leadership in order to make the world a more radical place.”

After attending a Black Lives Matter rally, the Monarchs found themselves swept into a whirlwind of enthusiastic support nationwide along with right-wing fear-mongering and Fox News accusations that the troop leaders were creating racists.

Set against the rich backdrop of Oakland, a city with a deep movement history, the film will document the viral explosion of interest in the troop’s mission to create and inspire a new generation of social justice activists. And will explore the questions: why is this group important now, why are so many Americans threatened by young women of color exploring how to advocate for themselves and others?