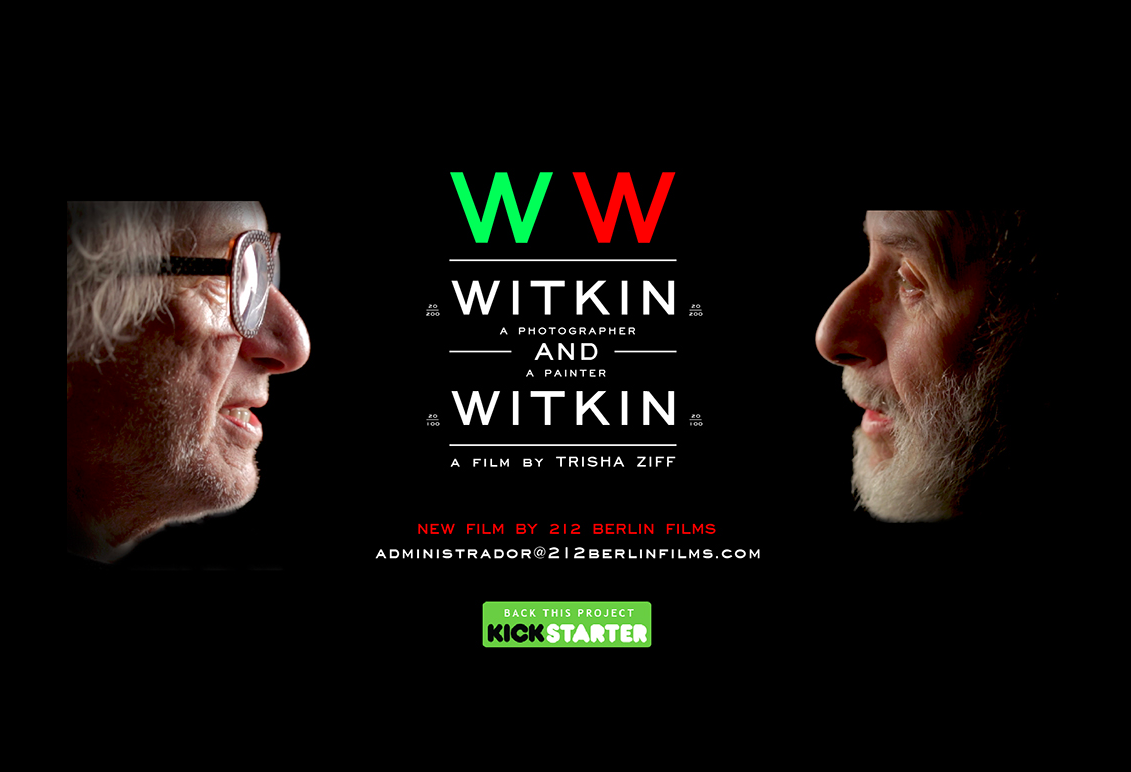 Witkin & Witkin explores the worlds of identical twin brothers, Joel-Peter Witkin, world famous photographer and super star of contemporary art photography and his brother Jerome a realist painter and a life long educator in the fine arts. Our film looks at the distinct paths both artists have taken in their lives as well as addressing the parallels and resonance in which their work relates.

An intensely human film that addresses the philosophy of their practices, their art and relationship. A film about perception, two artists working in different media who while coming from the same child hood experiences see the world through distinct prisms. Filmed in Mexico City, Albuquerque, Los Angeles, Brooklyn and Syracuse NY.

We hear the voices of the women in their lives; their wives, models, assistant and a collector, and their older sister, Sara Jane who sheds light on their collective past.

Identical twins, yet for the most part strangers who remain despite their age invested in maintaining their distance from each other. A film that explores their vast and important bodies of work, the impact that Joel-Peter Witkin’s work has had on popular culture from the Nine Inch Nails to Alexander McQueen, and in contrast how painter, Jerome’s work has been impacted by the events of his time. A painter who bares witness and a photographer who lives and creates from both the real world and the imaginary.

They meet in Mexico City, where there is the first joint museum show of their work. The exhibition is well received, they both travel to the city. Does this change their lives? Their relationship? Or does life simply continue as it always did...?