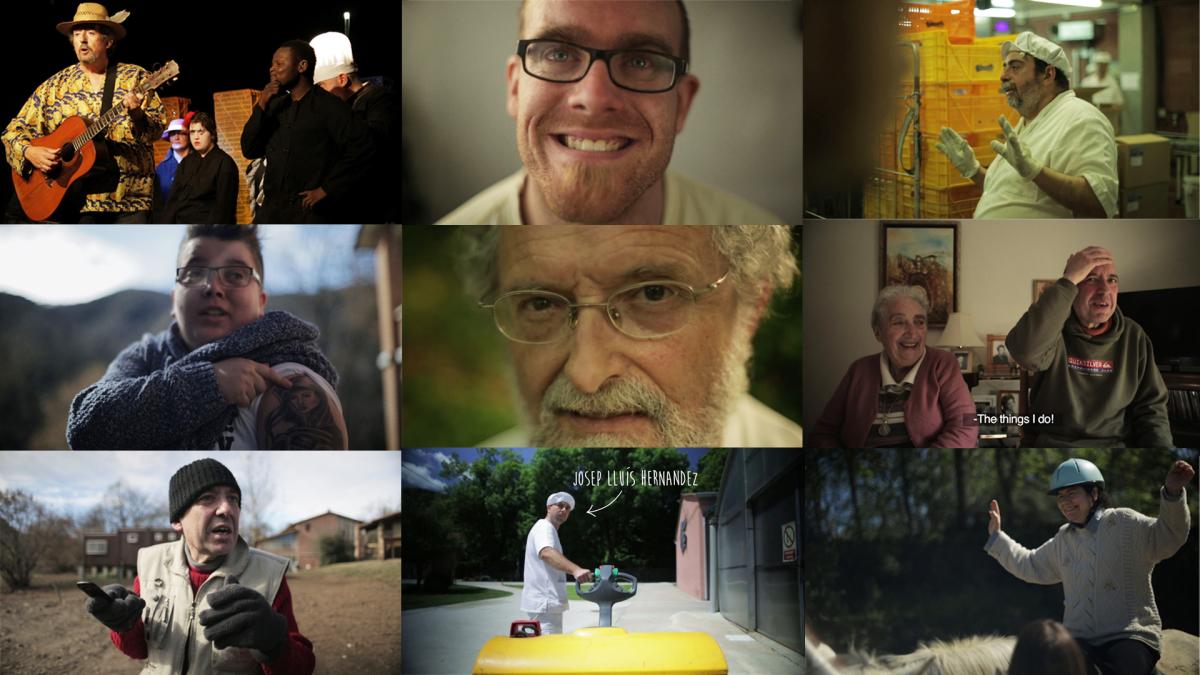 The workers at La Fageda yoghurt co-operative suffer from schizophrenia, depression and compulsive behaviour disorder. Many have a rich fantasy life!  Before they came to La Fageda they were locked up in an asylum, drugged up with no productive activities at all. They had been 'disappeared', an embarrassment to the public.

The fact that they now have productive lives, earn a living, have hobbies, have even got married is due to the far-sightedness of one man: Cristobal Colon (in English: Christopher Columbus!).

He was a psychiatrist at an asylum but he believed that this was the wrong way to treat mental illness so he resigned. Amazingly he got permission to take a bus load of patients with him. What happened after this is our story.

Yoghurt Utopia is about Colon's determined struggle to realise his radical vision of alternative care for the severely disabled by integrating the wildly individual idiosyncrasies of the workers into a successful business and into society.