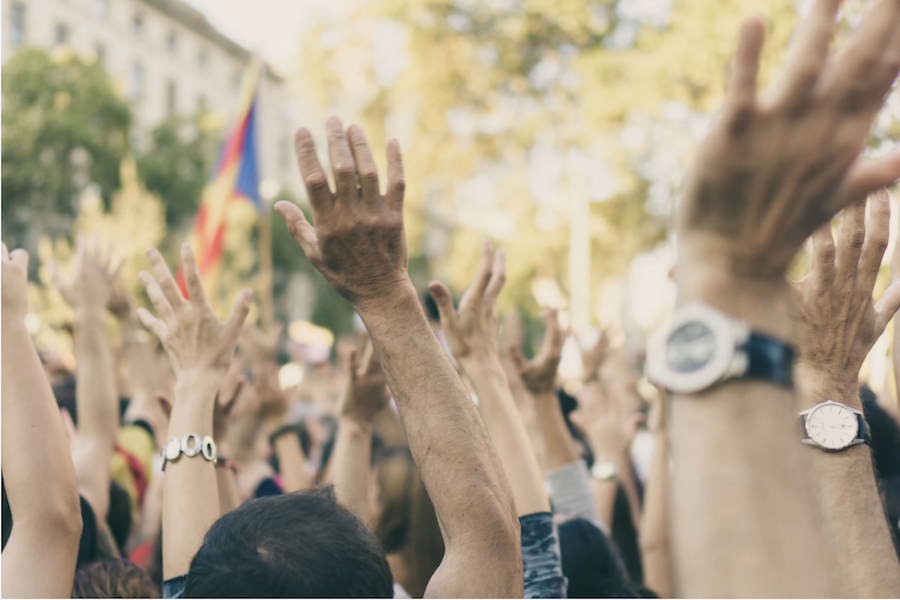 It is the documentary artform's responsibility to keep viewers informed and intrigued about the world at large. As such, documentaries have always been central in raising awareness around sociopolitical issues, and giving a voice to those working towards an equitable society, defending civil rights and fighting for the inalienable rights afforded to all human beings around the world. For Human Rights Day, we turn our attention to these particular stories and their cultural importance.

Whether it's the ongoing struggle for peace in war-torn Syria, or the fundamental question of accountability as told through the American justice system, the sheer diversity of international human rights documentaries allows us to engage with the subject in multiple contexts. Those interested in deepening their engagement with human rights issues, taking proactive measures, or simply expanding their worldview should tune into these documentaries suggested by the IDA. While these are in no way a complete list, these are just some recent instances of brave, awe-inspiring and cinematic storytelling that cannot be missed!

On Her Shoulders (Alexandria Bombach, 2018)

This Sundance Film Festival US Documentary Director Award-winning film by Alexandria Bombach is the story of Nadia Murad, a young Yazidi woman who is abducted and held in Mosul, Iraq by ISIS terrorists. After a grueling and torturous three months, she manages to escape to a refugee camp, and embarks on a journey through Berlin, New York City and Canada, alerting major journalistic voices and political leaders of the ongoing atrocities and injustices faced by young Yazidi Kurd women such as herself. Offering an intimate window into Murad's determination, the film is a moving document of the human cost of terrorism.

There are few cities that encapsulate American communities' damaged relationship with law enforcement than Baltimore. Marilyn Ness' Charm City was co-incidentally filmed around the time of 25-year-old Freddie Gray's death in police custody, an event that became critical in raising awareness of the violent treatment of African-Americans by police officers. Documenting community leaders, nonprofit organizations, government officials and law enforcement officers, the film pays special attention to the individuals at the core of this hugely systemic issue, which has sparked activism, conversation and community-driven initiatives.

An often misrepresented ethnic minority, Romanis live partially as nomads across North America and Europe. About 80,000 reside in Canada alone, and Opre Roma, by Tony Papa, pays tribute to their exuberant culture and struggle for human rights. In a time when essential rights, such as affordable housing and voting, are made inaccessible to many Romani populations globally, the film gives a voice to critical activists and artists seeking to liberate Romani people.

It's known that the global electronics industry affects several developing countries negatively. Some of its most damaging effects have been witnessed by migrant laborers in Chinese factories, who often become terminally ill due to toxic working conditions. One worker, Yi Yeting, teaches himself labor law to build a case against global giants like Samsung and Apple, all while dealing with leukemia out of a hospital bed.  Complicit, from Heather White and Lynn Zhang, becomes an essential look into how Chinese governments suppress activism and the importance of looking deeper into the ethics of technological proliferation.

Set in the village of Bil'in in the West Bank, Palestine, 5 Broken Cameras is a visually arresting document of the West Bank's non-violent protests against Israeli occupation. Shot entirely by Palestinian farmer Emad Burnat, who initially purchased a camera to make home movies but then progressed towards documenting the violence in his village, the film is shot on five of Burnat's cameras, which are gradually destroyed in violent altercations with Israeli forces, one by one. Burnat's footage has been instrumental towards providing evidence in Israeli court for activists, as well as footage for notable films about the Israel-Palestine conflict. All throughout, viewers are given intimate access into Burnat's own family, such as the birth of his son, making this particular human rights issue deeply personal and poetic.