5 Tips for Using Graphics in Your Documentary

We recently offered up some tips for how to incorporate archival footage into your documentary, which can really come in handy when you want to reference an event that happened in the past. But what about those times you need to represent a concept that is more abstract?

Increasingly, documentarians are turning to graphic designers and animators to create sequences, images and graphs that might be difficult to depict otherwise. Don’t have aerial footage of orca pods cleverly evading their captors? Need to visually explain the growing disparity of income inequality since the 1950s? It might be time to turn to the experts at a design shop to get the job done right.

The participants on our recent panel Doc U: The Total Picture -- Using Graphics to Tell Your Story, including the filmmakers from Inequality for All and Blackfish and a top title and graphics designer, told us 5 things to keep in mind when developing your graphical visual elements.

No one likes to be rushed. That’s why Title and Graphics Designer Syd Garon recommends contacting your animator and graphics person fairly soon after you make the decision to incorporate these elements into your project. "Bring me in early and it becomes a better product," Syd encourages. "If this isn't what occurs, you get rushed."

But how early is too early? Syd recommends to hold off on contacting studios and design houses until you have a rough cut.

Gabriela Cowperthwaite, director of Blackfish, admits that she didn’t come to her animator with specific visual references. Instead, she used descriptive language to qualify what she wanted, and allowed the references to come from the artist.

From there, you have to trust that the work is in good hands. "If I think you're on the wrong path," Syd reassures, "I'll be honest with you and tell you what I think it should look like." Always remember: they are the experts. Would you want an animator stepping in to tell you how to shoot your interviews?

3. Understand what’s possible with your budget.

We all know that a lady never tells her "budget." But in reality, it’s something docmakers should keep in mind during all stages of production. The filmmakers for Inequality for All, for example, knew that they would have 45 graphic and animation sequences in their film. All told, these sequences accounted for 1/5th of their entire budget. "We had a lot of conversations about what we could and couldn't do," the film’s producer Jen Chaiken explains. You have to tell us if what we are asking for is within the budget. 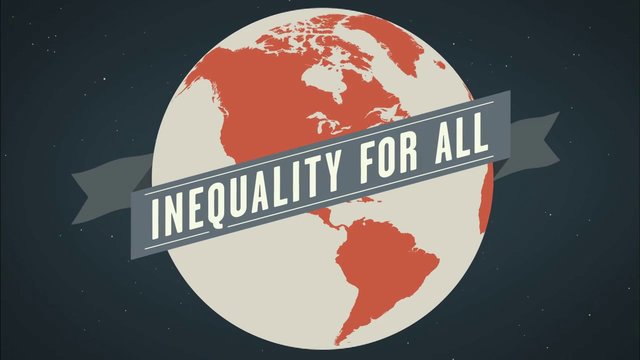 Still from Inequality for All title sequence

We’ve all been there: dreaming way too big about an idea that is just far too complicated to pull off. But we all know from Tip 3 above that sometimes, this just isn’t possible.

"All too often, we were just trying too much," admits Ben Lindemuth-McRobie, associate editor on Inequality for All. By boiling a concept down to its most simple and iconic elements, your ideas become more clear to a broader audience.

With the recent American Revolutionary: The Evolution of Grace Lee Boggs, on which Syd served as the head animator and title designer, a major challenge was explaining the works of major philosophers in bite-size, relatable segments. "The big problem was explaining Hegel in 30 seconds," Syd recalls. "We spent more time talking that out than animating. We would just reduce and reduce this concept" until, luckily, he and the director came out with something they knew would work for the segment, and for the film.

5. Be willing to work with roughs.

Once you have a rough cut of your film, it’s probably fair to say that the style and tone of your project are well on their way to being fully realized. Allowing your designer and animator that chance to see that rough cut and understand your style will make it that much easier for a true collaboration.

Animators understand, however, that it’s usually best to consult the producer to understand how the director operates. "Every director is different," Syd explains. "Some get hung up on certain things." If you are a director who knows you need to see something in its final incarnation, Syd recommends getting the producer or the editors to interact with the animated or graphics segments when they are still in those early stages of development.

This seminar and other Doc U programs are available online to IDA Members. Learn more about Doc U Online.

Have more tips on how to best work with archival footage? Post in the comments below!