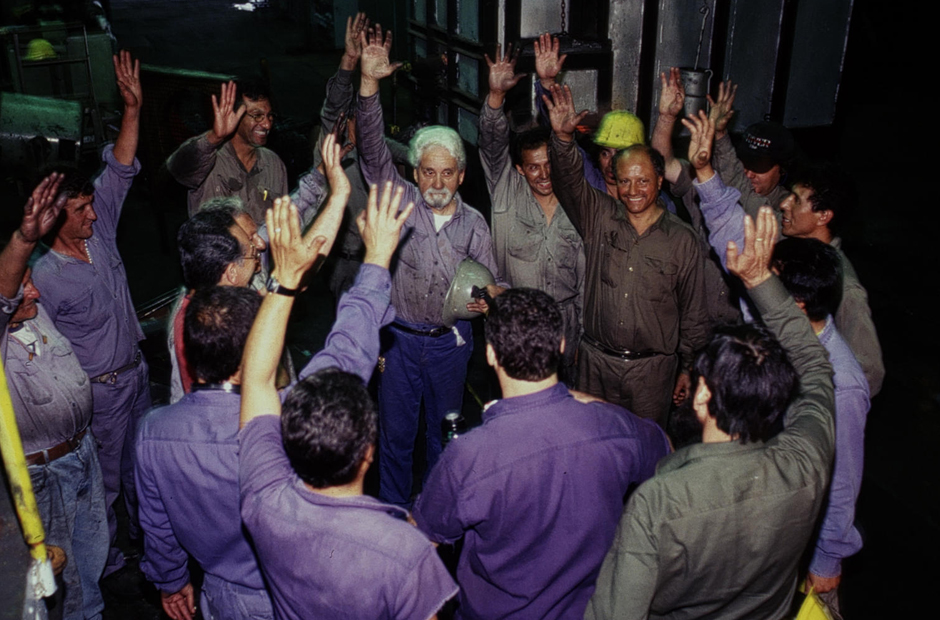 Screen Time is your curated weekly guide to excellent documentaries and nonfiction programs that you can watch at home. In this special Labor Day weekend edition, we focus on docs about work and workers.

Streaming at Kanopy is George C. Stoney, Judith Helfand, and Susanne Rostock's The Uprising of '34, which tells the story of the General Strike of 1934, a massive but little-known strike by hundreds of thousands of Southern cotton mill workers during the Great Depression.

On YouTube, you can find The Take, Avi Lewis and Naomi Klein's 2004 film in which 30 unemployed Buenos Aires auto-parts workers walk into their idle factory, roll out sleeping mats and refuse to leave.

Streaming on Netflix is Jesse Moss' The Overnighters, about a North Dakota pastor trying to help the unemployed men drawn to the state's booming shale oil industry.

Available for rental on Amazon Video is Travis Wilkerson's 2002 film An Injury to One, which reconstructs the long-forgotten murder of union organizer Frank Little in Butte, Montana.

Also streaming on Netflix is the late Michael Glawogger's Whore's Glory, a compassionate examination of the daily routines and experiences of sex workers across the globe.

END_OF_DOCUMENT_TOKEN_TO_BE_REPLACED

Jesse Moss on the Complexities of Faith in 'The Overnighters'