Jesse Moss on the Complexities of Faith in 'The Overnighters'

Filmmaker Jesse Moss has a long history of making subtle but challenging documentaries. His latest work, The Overnighters, follows a pastor in North Dakota who struggles to shelter an influx of people who have shown up in the state from all over America, desperate for work. Pastor Jay Reinke's struggles are compounded by his efforts to reconcile the principles of his faith ("Love Thy Neighbor") with the objections of the townspeople to his taking in some Overnighters with sketchy pasts—and by his own personal demons and discretions. Prior to the film's world premiere at the Sundance Film Festival, we talked about this complex tale of faith, redemption, community and betrayal.

I followed up with Moss in June to talk about his journey with the film, which opens October 10 through Drafthouse Films.

From Jesse Moss' The Overnighters. Courtesy of Drafthouse Films

Documentary: How did you come to make this film?

Jesse Moss: I originally went up to North Dakota for a television network. That project fizzled, but the place astounded me. The scale of transformation in the small town of Williston was extraordinary, and I felt like I was touching a live wire that arcs back through American history to mythic American boomtowns like Deadwood and Dodge City. When I met Pastor Jay and some of the men sleeping in the church, I knew I had to start filming, but had no idea where the story would take me.

How long was the production process? How many trips did you take to North Dakota?

I made 16 trips to Williston over two years. Each trip was between five and eight days, so roughly 80 days of production. For the first six months of production, I slept in Pastor Jay's Church, largely out of necessity—all the hotel rooms in town were booked solid by oil companies. I worked alone in the field, as producer, director, camera and sound recordist, which accounts for the intimacy of the film.

From a filmmaker's perspective, did you have a sense of where the film was going as you shot, or did it start to really come together as you went through the footage?

I had some sense that a story was emerging around Pastor Jay's dedication to helping the Overnighters and the emerging conflict with his congregation, his neighbors and the local newspaper about that decision. But I spent a lot of time filming secondary characters, some of whom are not included in the final film. There were a lot of characters to juggle, and finding the right balance—and allowing Pastor Jay's story to drive the film forward—required a lot of experimentation in the edit room.

I will say that hugely important themes emerged only very late in the edit, and that scenes and characters I was sure would be in the final film were dropped. Credit goes to my editor Jeff Gilbert, who brings a sharp eye for story and dramatic construction, a real rigor to his method, and a willingness to tolerate my wild and ornery impulses.

Like any doc, you start to get close to the characters, and you want to treat them with respect. At a certain point you must have struggled with how to handle the main characters' comfort with the camera and how that clashed with other people's comfort. The scene where the pastor talks to his wife about his indiscretions, for example, must have been a real challenge.

I spent a long time building my relationship with Pastor Jay, his family and the other men in the film. Working alone helps in this regard. So there was a strong foundation when the story took unexpected and painful turns.

Talk about the experience of showing the film to, and with, Pastor Jay. How has the film affected him and his family? How about any other characters in the film? How do you as a documentary filmmaker deal with that line of balancing the needs of your characters with that of the film?

Jay and I watched the film together at my house in San Francisco. I think that the film was quite scary to him in abstraction, but once he was able to watch it, his concerns subsided. He told me he could recognize that the movie has a very powerful and positive message. He did have some comments, which he conveyed, and that we discussed at length.

Jay came to Sundance for the film's premiere, with the blessing of his wife. He's a tremendously brave person. I told him that I thought the story would resonate strongly with audiences, and that they would embrace and respect him, but I couldn't be certain. It was a real leap of faith. And Jay was at a very low point.

But he came, and it was an electrifying response—terrifying for both of us, but intensely moving. And for him, it was affirming. He had many conversations with audiences—I think he participated in five screenings—and many one-on-one conversations. He was recognized on the streets of Park City, and on the shuttle bus. And it was validating for both of us when the reviews arrived.

Jay's family members have each come to the film in their own way, privately, and subsequently in more public ways. His daughter Mary attended a public screening in Minneapolis, and his son Eric came to our screening in New York, at the Tribeca Film Festival. That was very important for Jay. At the Q&A, Eric said that he understands his father better now after watching the movie. It was emotional. Eric is as brave as his father.

Navigating through the intense turbulence of Jay's life and the dramatic turns of the story has been the biggest challenge of my filmmaking career. We hit some rough patches—but Jay trusted me, and I worked hard to return that trust by making a compassionate and honest film. Jay has faith. He believes the best in people. For that, I'm lucky and grateful.

I think the central tension of documentary is that very line you refer to—that balance between our obligations to our subjects and our story. You can side-step those questions, depending on your formal approach. For me, it's a shifting line, one that is constantly being drawn and re-drawn as you make the film and your relationships evolve. I don't pull any punches, but it's always been important to have my subject participate in the film's public life. I think the integrity of that relationship is written into a film, on screen, and audiences recognize it—and your subjects recognize it too.

Have you shown the film in North Dakota, and if so, what was the response there?

Jay and I have discussed screening the film in Williston, followed by a conversation with community leaders, members of the church, the newspaper and local residents. He's enthusiastic about the idea. We're in the initial planning stages now.

The critical and audience responses have been extremely positive. Talk about your distribution plans.

We've had an incredible festival experience and the response has been very positive. Critics and audiences have really embraced the film's moral complexity. It's also an emotional experience for viewers and a film that people think about, talk about and argue about for days after they see it—so I've been told. Drafthouse Films, which is a truly bold and visionary distributor, will be releasing the film theatrically in the fall, and they are building an engagement campaign to leverage the conversation we believe this movie can spark.

This is a story not just about Williston but about America today—about the increasingly stratified society we live in, about affordable housing and the homeless in our own communities, and about the choices we all face when we consider what it truly means to "love thy neighbor."

I'm very much focused on The Overnighters right now, but I'm developing some documentary ideas and finishing a feature screenplay that's based on a true story.

Michael Galinsky is a filmmaker and photographer. His latest film, Who Took Johnny, co-directed by Suki Hawley and David Bellinson, is on the festival circuit. 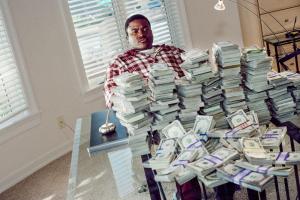 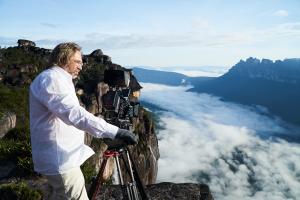 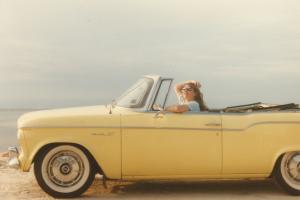 Mar. 30, 2017Column
Drawing the Line: Jedd and Todd Wider Examine Civil Liberties of the Mentally Ill in 'God Knows Where I Am'
Read More 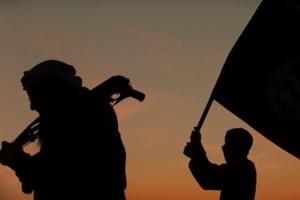 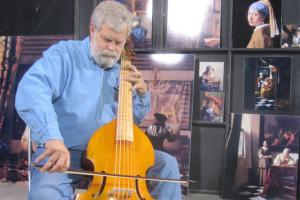 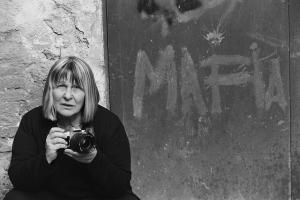