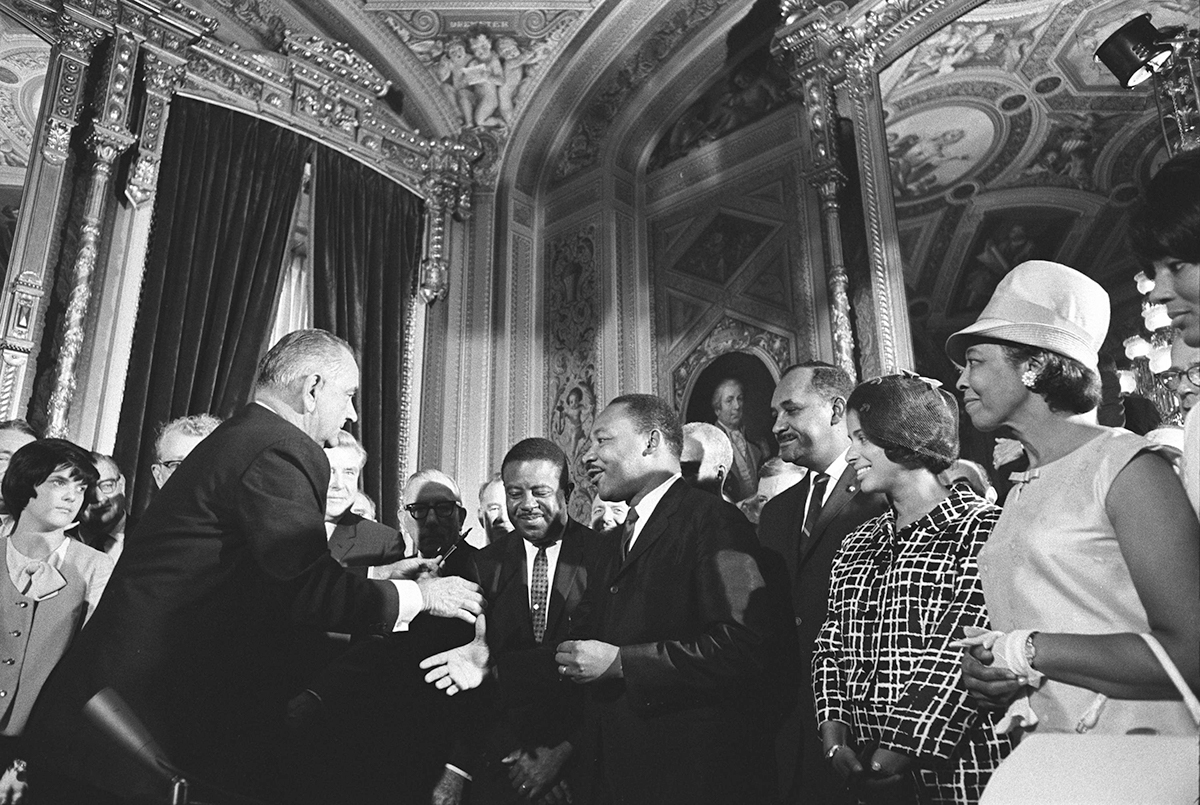 This Monday, we remember Dr. Martin Luther King Jr. and the legacy of the Civil Rights movement. Check out our curated list of documentary films and series on Dr. King and the civil rights era.

Eyes on the Prize (Henry Hampton/Blackside)

Originally broadcast on PBS as a 14-part documentary series, Eyes on the Prize follows the American civil rights movement from the 1954 Brown v. Board of Education decision through the Selma-to-Montgomery March in 1965 and the assassinations of Malcolm X and Martin Luther King, to the 1983 election of Harold Washington as the first African-American mayor of Chicago. The series, through archival footage and interviews with participants and opponents of the movement, paints a vivid portrait of a shifting American society with incredible depth.

The first and only documentary ever directed by Sidney Lumet, King: A Filmed Record...Montgomery to Memphis follows King from the Montgomery bus boycott of 1955 all the way through his assassination in 1968. Opting to use unretouched original newsreel and other primary material, Lumet brings viewers directly into Dr. King's crusade. The result is a renowned film that both appreciates the personal challenges Dr. King endured and the cultural legacy he left behind.

King in the Wilderness (Peter Kunhardt)

Picking up in the film years of Dr. Martin Luther King Jr.’s life, Peter Kunhardt’s King in the Wilderness follows the civil rights leader’s struggle to hold together principles of non-violent protest in an increasingly violent era and the resulting criticism he received from all sides of the political spectrum. Conversing with those close to Dr. King, including some of his contemporaries at the Southern Christian Leadership Conference (SCLC), King in the Wilderness offers a closer look at King as a human being struggling to make the world a better place.

Watch it on HBO.

Tracing the civil rights movement from the perspective of young African-American activists, Bill Guttentag and Dan Sturman’s Soundtrack for a Revolution focuses on the power music had within the movement and at this time in American history. Pulling in contemporary artists such as John Legend, Joss Stone, Wyclef Jean and The Roots, the film acts as a modern reflection on the power of music and how it shaped the children of the civil rights era.

Watch it on Vudu.

END_OF_DOCUMENT_TOKEN_TO_BE_REPLACED

Meet the Filmmakers: Dan Sturman--'Soundtrack for a Revolution'