A corollary of the old adage, "You can't tell a book by its cover," may be, "You can tell a book by the length of its subtitle." At 17 words, the subtitle of documentary filmmaker-turned-author Jon Else's indispensable and richly layered new book, True South, is a long one: Henry Hampton and "Eyes on the Prize," the Landmark Television Series That Reframed the Civil Rights Movement. But given the multiple tasks that Else has set out for himself, it is also justified. With True South, Else tells both the behind-the-scenes story of the making of the most important television series ever made about the US civil rights movement and the behind-the-series story of Henry Hampton, the man whose vision gave rise to both the series and his production company, Blackside, Inc. Both are engaging stories, and it is impossible to gain a full understanding of one without delving into the other.

What makes the book so engrossing is that Else was deeply involved with both, as a close friend of Hampton's and as series producer on Eyes on the Prize. What makes the book so indispensable is that by not relying simply on memory, but by doing extensive original research himself, including conducting dozens of interviews and poring through The Henry Hampton Collection at the Film and Media Archive at Washington University in St. Louis, Else is able to transcend memoir to create his own lasting documentary in book form. It's exactly the kind of deep immersion that Hampton insisted of the team that made Eyes on the Prize. (Full disclosure: I was an intern on Eyes on the Prize II.)

While many in the documentary community are familiar with Eyes on the Prize, it's useful to remember that, with the passage of 30 years and for copyright clearance issues that effectively shelved the series for over a decade, a large number of people—especially those newer to the field—are not.

By the end of 1987, approximately 20 million people in the US and 100 million worldwide had seen Eyes I. Used in nearly half of America's colleges, it would become the country's main source of education about the civil rights movement and pave the way for numerous other documentaries, books, movies and TV shows.

Wide viewership and deep cultural penetration are indicative of reach and impact, but in and of themselves, they don't justify a book-length retrospection, especially for a series that even Else concedes may seem somewhat outdated in its stylistic approach. But Eyes is special, for both on-screen and behind-the-screen reasons and, as Else states, worthy of re-examination: "Eyes on the Prize may be a grainy old fossil of a movie, but you can learn a lot from fossils if you understand where they sit in the layers of rock and how they got there."

What made Eyes special is largely visible on screen: its formal approach and its commitment, path-breaking at the time, to telling history from the perspective of the lesser known working people and organizers who were largely responsible for the gains made by the movement, rather than simply serving up a top-down, "great man" approach to history that begins and ends with Martin Luther King Jr. As Else states, "Most critics probably missed one of its greatest achievements: a subtle change in the form of prime-time documentary television, pushing ordinary people to the forefront of their own story." Smartly, Eyes didn't try to be encyclopedic, instead choosing a few riveting stories, freighted with critical thematic baggage, to carry the episodes along. 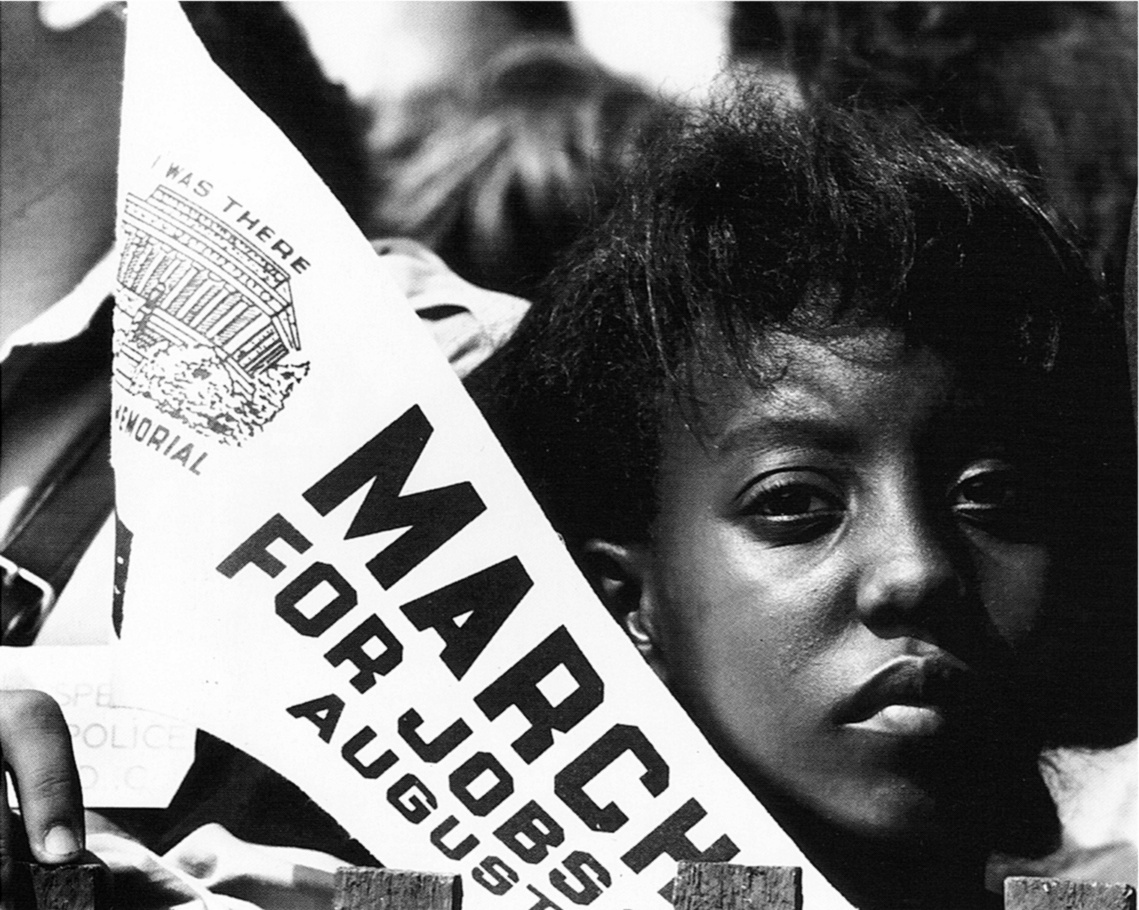 On screen, the film featured a visual and aural arrangement of elements intended to be beyond reproach as historical storytelling. As Else describes it, "Henry insisted that our cinematic style would be antistyle, the deliberately unadorned braiding of four simple ingredients:

Equally significant was what was not included: on-screen interviews with experts or academics, or anyone who was not an eyewitness; music from outside the period; and generic use of archival footage. According to Else, who admits that it was only later that he came to believe fully in the approach, "The form of Eyes on the Prize would be in no way disruptive as it laid out a clearly disruptive history. The only thing bold or stylish about Eyes was the integrity of story itself, and therein lay the wisdom of the choice."

Holding the remarkable interviews together was the meticulously researched and painstakingly uncovered archival footage. Again, it was the approach to the archival that was key, not just the quality of the footage itself. By design, no generic footage was ever used. According to Else: "Every single image and sound had to be the real thing, certified genuine for time, place and content…My wake-up call about just how serious they [Hampton, Senior Producer Judith Vecchione and Archive Supervisor Kenn Rabin] were on footage accuracy came when I sensed they really did mean that every shot of feet walking in the Montgomery bus boycott film had to have been actually shot in Montgomery, and actually during the month in question. I thought they were joking…A shot the audience would take to be in Birmingham in May 1963 had to actually be captured in Birmingham in May 1963. You couldn't snatch a close-up from one march and drop it into another march. The burden was…a deep sense that we were constructing a historical record."

Hampton and the Eyes team were equally committed to depicting the "messiness" of the movement and its behind-the-scenes fights. This was history in its ambiguous, raw state, not cleaned up for the audience's benefit. One example discussed by Else is the ending of Eyes I. Many filmmakers would probably have chosen to end on the ultimately triumphant march across the Edmund Pettus Bridge in Selma in 1965, and the subsequent introduction of the Voting Rights Act legislation in Congress. Instead, the team chose to end the series on a much more cautious note. According to Else, "[Hampton] knew it would be dishonest to put a happy face on the harsh realities and messy history of 1965…Television viewers in 1987 would have to take the triumph of Selma with a lump in their throat."

Of course, as with every great work of art, the process that led to Eyes' triumphant end result was pretty messy too, and Else fills the pages with many fascinating stories of how the sausage got made. These stories are not just interesting DVD-type "extras," however, but fundamental insights into how Blackside made films and why its approach was both revolutionary and of lasting importance. First and foremost in significance is the story of how Hampton chose to organize his producing staff: "He insisted on a bold multiethnic, collaborative production process of his own devising," Else writes, "in which each film team would be led by one woman and one man, one white and the other black. The ‘salt-and-pepper' teams would consume great volumes of Blackside's time, money and anxiety, but gave most of us confidence that we were honestly giving each story our best pluralist shot. In short, no single filmmaker—black, white, male, female— could comprehend the whole. And is not the conundrum of race a problem of white American as well as black America? No team would get to the heart of the story, but to the multiple hearts of the story. This unique Hampton-devised process, in play for the next ten years, became known and was hotly debated as ‘the Blackside Method.'"

Hampton himself fully understood the benefits and costs of such an approach: "We are … integrated simply because integration provided us with much better program product for the national audience . . . I know it is inefficient to have two chiefs for each hourlong program, two visions that must be shared and compromised. I also know that many of the conflicts and frustrations of the larger society are played out within those teams . . . I know that such a system costs me money and time. It also creates oceans of stomach acid for those who have to work together. . . Still I insist on it."

As Else's book makes its way through the documentary community, including film schools, it will be interesting to see whether any future documentary film production companies are inspired to experiment with their own versions of the Blackside Method.

Told by Else with refreshing candor and with the insight that the passage of three decades can provide, stories highlighted in True South include:

True to its subtitle, True South covers a lot of ground, and is a bit of a shape-shifter. At times, while depicting the rise and fall of Blackside, Inc. and Hampton's own struggles, the book reads like a tragedy; at other times, it is an elegiac tribute to a man and his legacy; and at still other times, it reads like an integrationist's dream: a "bromance" between two men, Hampton and Else, one black, the other white, united by a common cause and a shared passion for storytelling. It is also a study of how (or how not) to run a business; a meditation on success, failure and the cost of leadership; and a playbook of lessons learned for documentary filmmakers of this and future generations.

Perhaps Else (and his editor) could have heeded his own "rants" to Eyes I's producers about "shortening, thinning, dumping, squeezing their shows for maximum cinematic power," and trimmed a few less-than-essential anecdotes from the final text. Nonetheless, Else masterfully balances and interweaves the book's multiple themes and threads. Hampton and Eyes on the Prize set one course for truth. Else follows the same path, not only doing justice to and securing Hampton's and Eyes' legacies, but creating his own prize worth keeping our eyes on.