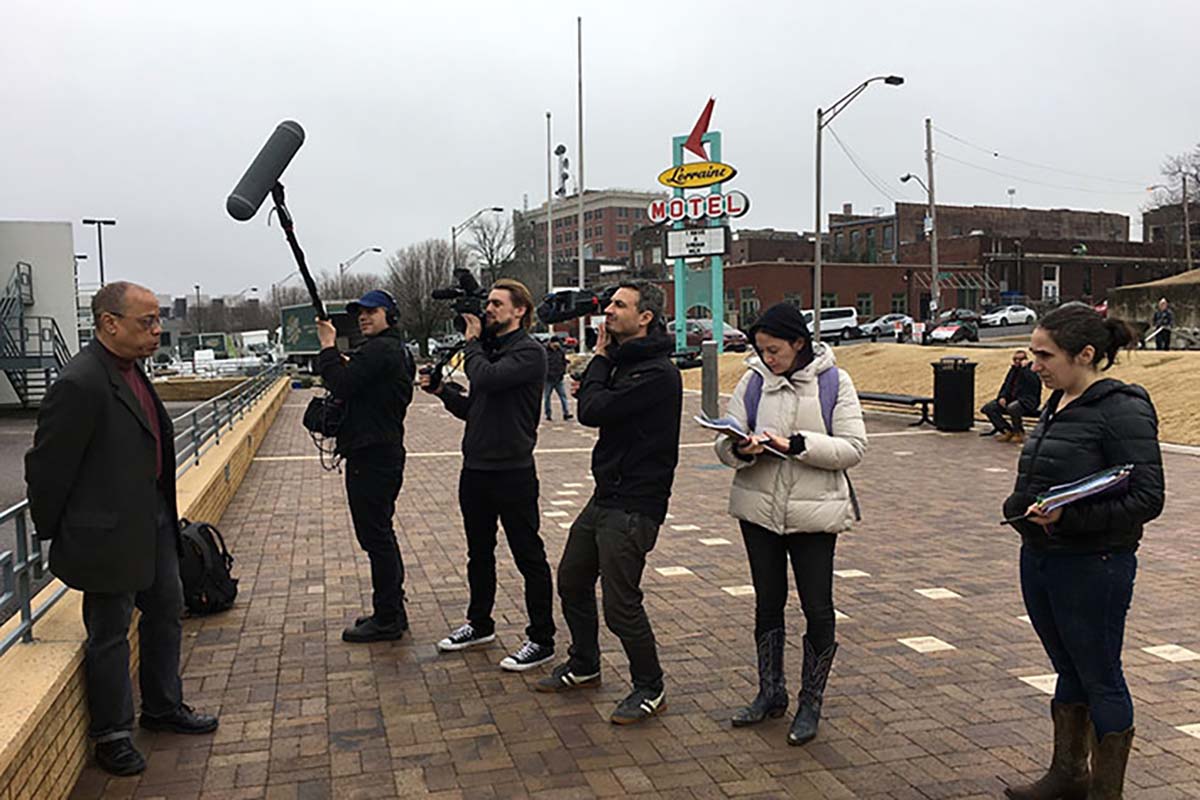 The New Yorker’s Hua Hsu speaks to Stanley Nelson about his career, Attica, and a lifetime of chronicling America’s history.

Other than A Place of Our Own, Nelson doesn’t consider his films to be personal. Yet, his works, such as his retelling of Emmett Till’s murder and his chronicling of the Attica uprising, manage to uncover small, sometimes forgotten, spaces of hope in the American past. These are the spaces where the presence of Nelson the storyteller can be felt. From the 1619 Project to debates around critical race theory, the current political climate seems particularly inhospitable to deep engagements with history. "It’s important that we know our history," he explained to me, "so that we understand how we got to this moment. We’ve gotta keep fighting."

Over at The New York Times, Nicolas Rapold writes about Emily and Sarah Kunstler’s Who We Are and calls it a film that "joins a lineage of documentaries that excavate race and the histories of marginalized people in America, like Raoul Peck’s I Am Not Your Negro and Ava DuVernay’s 13th."

"The facts in the abstract don’t mean anything if you can’t connect them to actual human experience. Those fingerprints are one example of a monument to a history of lived experience of enslaved Black people in Charleston, S.C., and in fact, all over this country, that despite the best efforts to erase them, persist. The same way the foundations for the houses in Tulsa, Okla., [site of the 1921 massacre], still exist where the homes were never rebuilt."

"The pandemic hasn’t at all become a topic in films. As in our lives, it’s there in some movies but without being at the heart of the stories being told. For several years, movies have reflected a vibrant artistic health and Cannes is a witness, such as with Drive My Car by Ryūsuke Hamaguchi. Before the pandemic, 2019 was a formidable year that brought together emerging auteurs and masters. And it led to huge theatrical numbers. You know, the triumph of Parasite was also the triumph of a great country for cinema: South Korea. The emergence of Im Kwon-taek, Park Chan-wook and Hong Sang-soo at the beginning of the 2000s—which Cannes turned a spotlight on—provided Bong Joon-ho with fertile ground to rise. 2021 was another great year. The concern is not about creativity."

As Cow hits the theaters, Filmmaker Magazine’s Elissa Suh speaks to filmmaker Andrea Arnold about her first documentary feature and the process of choosing the right bovine protagonist.

"There was no script. From the beginning, I always wanted to show the consciousness of their being alive. For some reason, I wanted to start with eyes open and end with eyes closed—I guess that meant life to death. At the beginning I thought I was going to do a whole cow’s life, but that could be 13, 14 years, and nobody wanted me to go on filming for that long. So, I had to rethink it: what if I film the mother and baby and get the life cycle of the dairy cow? I can go from birth to death, then to birth again. I thought I’d film the calf until her first baby, because that’s their job really—making babies."

"I wanted to blend the genres of horror and documentary because they sit at two complete, opposite ends of the spectrum. Throughout my work I have been interested in the uncanny and I think this subject lends itself towards that. The vivid recollections that these women and children were experiencing were reminiscent of films like Rosemary’s Baby or The Exorcist. That notion of this abject kind of horror infiltrating into this domestic and familiar space is something that I really wanted to style or visualize in the film."

The Art of the Real series is back at Lincoln Center. Hyperallergic’s Dan Schindel does a deep dive into the program.

Film at Lincoln Center’s Art of the Real is only on its ninth edition, but in its short lifetime it has become the the most exciting documentary-focused film festival in New York. An exceptionally curated event, it brings together the most formally inventive and boundary-pushing recent works of nonfiction from across the globe — many of which are so experimental and creatively arranged that some viewers might not even consider them nonfiction. But that’s a feature, not a bug, and is a huge part of the appeal for anyone hungering for something different.

One of several unusual films on gay life and history in this year's line-up was The Royal Road, Jenni Olsen's latest work. Combining striking visual explorations of the San Francisco cityscape in various seasons of the year with her narration, The Royal Road offers stories of unrequited love, commentary on classic Hollywood films like Sunset Boulevard and Vertigo, and an account of the colonial history of California. The film's title refers to El Camino Real, the territory's first and most important thoroughfare, stretching from San Diego to the Sonoma missions. Eloquent in form and conception, The Royal Road explores the mythologies of California as a locale of personal desire, as movie mythology, and as a key component of the American dream of manifest destiny. Clearly the notion of writing and rewriting history is a theme that runs through many of this year's films in Art of the Real, calling attention to the enormous variety of ways that can be done.

END_OF_DOCUMENT_TOKEN_TO_BE_REPLACED

'The Art of the Real' Takes the Long View on Nonfiction