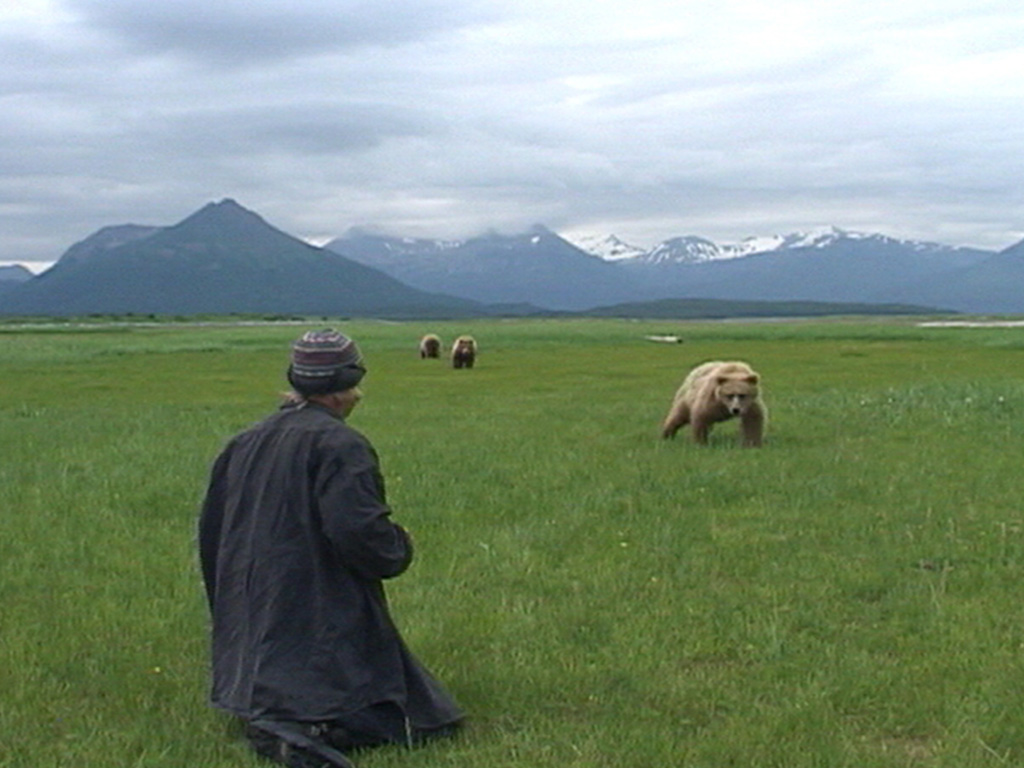 On the occasion of the 15th anniversary of the premiere of Werner Herzog's Grizzly Man, IndieWire's Eric Kohn rounded up the crew to share their reflections on making this 2000s classic.

Werner was obsessed with Treadwell as a loon, Treadwell as this Klaus Kinski type. He didn’t want cuddly nature stuff; he wanted Treadwell going wacko. I had our loggers go through the 90 hours of Treadwell footage and look for stuff where he goes wacko with a rating between one and five stars. Werner only looked at the ones that had three stars or more.

IndieWire's Tambay Obenson talks to the great filmmaker Charles Burnett about how filmmaking can make a difference in this unique moment in American history.

"I look forward, hopefully, that something really amazing will come out of storytellers that talk about this particular period, because this is probably one of the most unusual periods that we’ve confronted in every respect," he said. "With this pandemic, we don't know at this moment who’s going to live or die. And it’s frightening in a way — the politics and everything behind it, and the fact that this diverse group who are protesting together about Black lives is very interesting and exciting."

Writing for Hyperallergic, Cydnii Wilde Harris shares some of her favorite works from the Black Lives Matter Video Essay Playlist.

We hope that the Black Lives Matter Video Essay Playlist will uplift the work of minority creators and their allies, serve as a resource for those eager to learn about the impact of the movement, and demonstrate that change is not only possible but inevitable.

Writing for the CAAM blog, Rashda Khan interviews filmmaker Nadia Shihab about her creative process and how COVID-19 and the Black Lives Matter movement have impacted her thinking about next steps.

Yet, she also finds hope in our current circumstances and is energized. "I'm inspired by how cross-racial solidarity is happening in ways that feel deep and confrontational to our own internalized racism. Asians for Black lives. Arabs for Black Lives," Shihab said. "I hope this doesn't end at surface-level tokenism or allyship, but actually pushes through to dismantle what's oppressive and build something better in its place."

New York-headquartered Ford Foundation’s Chu-Hui Yang said there are "real asymmetries in terms of how power is negotiated" in the documentary industry. One thing that Ford, alongside supporting filmmakers and film service organizations, feels really strong about is supporting criticism in documentary reporting," he explained.

Following AFI Fest's announcement of a virtual edition in October, Mark Olsen of the Los Angeles Times speaks to AFI Festival Director Michael Lumpkin about the benefits of an online rendition.

Lumpkin also noted that "a virtual festival really kind of democratizes the festival" for the way it makes it possible for audiences and also filmmakers who cannot physically make it to the festival site to still participate, allowing for increased access overall.

Writing for No Film School, Paolo Mugnaini discusses how to get the best out of a documentary interview.

Interviews are one of the most challenging tasks because you have to take the on-camera talent to a comfortable place where they will eventually open up and become vulnerable. More often than not, you are dealing with real people who might have little to no experience, or people who are not used to expressing themselves on camera.

It would have been tempting to ridicule his doomed subject, Timothy Treadwell, a man who "tried to be a bear," as one interview subject tells us. Instead, Herzog crafts an ingenious tribute to error, and by probing what some might consider madness, he finds a complex exegesis of civilization itself.