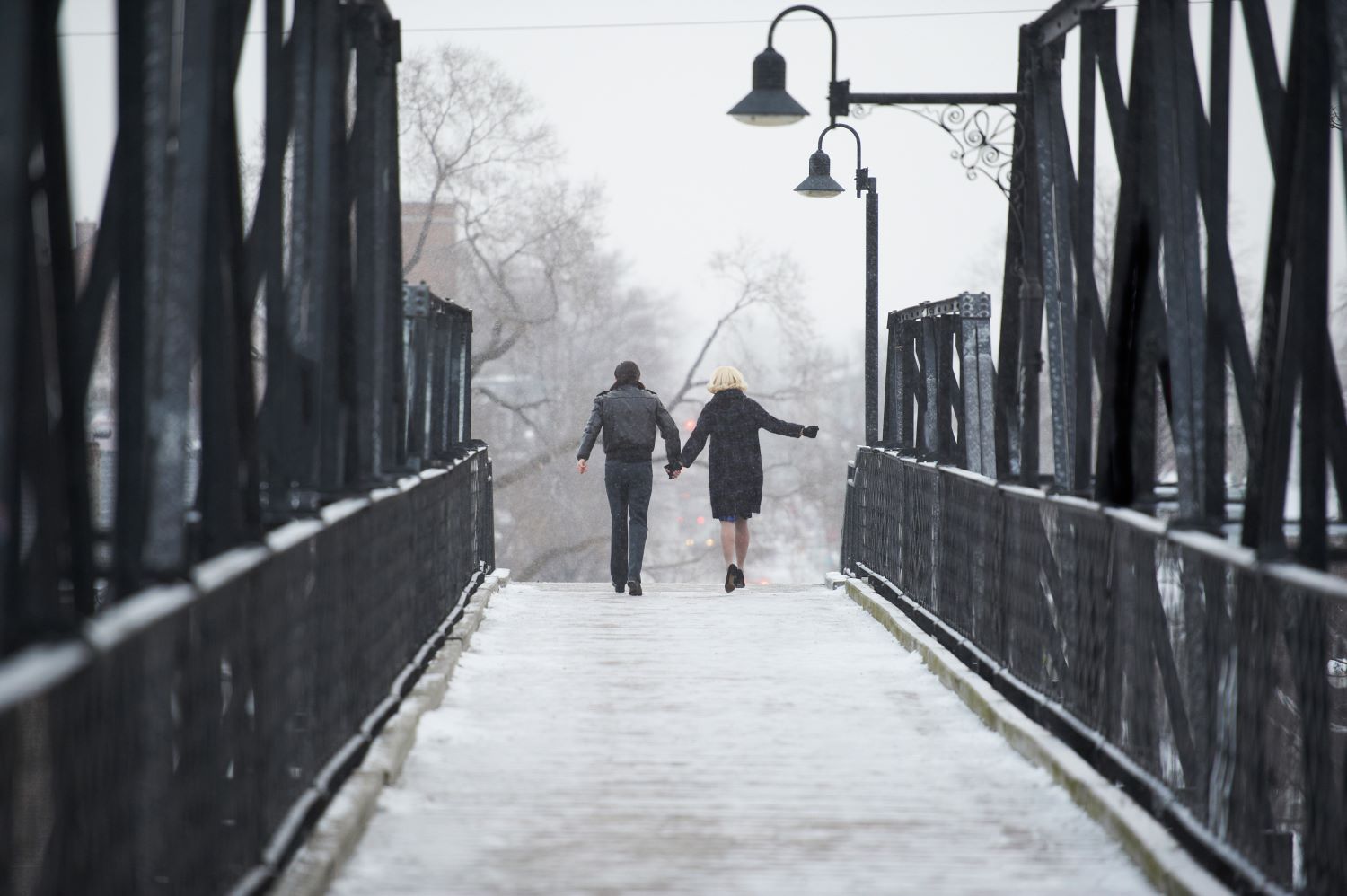 As the decade comes to a close, IndieWire compiled a list of their 100 best movies from the last ten years. Several acclaimed documentaries made the list, including All These Sleepless Nights, Fire at Sea, Cameraperson and O.J.: Made in America.

Fire at Sea is told largely from the point of view of Samuele, a 10-year-old boy who lives on the sleepy Mediterranean island of Lampedusa. In the waters just beyond what Samuele can see from his bedroom, a near-daily life-and-death battle rages as rescue boats try to save hundreds of desperate refugees trying to reach European shores. For Rosi, this juxtaposition between Samuele’s self-contained universe and the humanitarian crisis that’s spreading across the sea — close in proximity, but a world apart — is a damning metaphor for modern-day Europe. It’s a simple connection on its surface, but one that Rosi cut into with his camera until he exposes the raw feeling lurking underneath.

IndieWire’s Kate Erbland spoke with Canadian actress-turned-filmmaker Sarah Polley about the legacy of her 2012 genre-bending documentary Stories We Tell, her favorite films of the decade, and her next project.

Stories We Tell is the film I made that I’m proudest of, because I feel like I wasn’t trying to make it like anything I’d seen before — I was sort of trying to let it invent itself. What I’ve realized is that when you’re doing something that isn’t derivative, you’re going to feel completely lost and completely at odds with yourself. You’re going to be without confidence through the entire process, because there’s nothing you can look to that’s gonna make you feel better or like you know what the goal is.

Oscar-nominated director Joshua Oppenheimer spoke to IndieWire’s Chris O’Falt about the impact his documentaries The Act of Killing and The Look of Silence had on uncovering the truth of the 1965-66 Indonesian genocide and his upcoming projects.

I think the films have — and this is the most humbling thing that I’ve ever been part of — but I think the films have helped catalyzed a transformation in how Indonesia talks about its past. That was really true when the films were coming out, but I understand that it’s endured; that there’s an openness in the discussion of the killings, and a newfound understanding. [There are] now resources for younger people to turn to in order to help them understand what is the most important event in modern Indonesian history, which is the 1965-1966 genocide. So I think there is a national reckoning that has occurred around how the events are talked about. A space has opened in which the media can speak openly about the killings in a way they could not before.

Syrian filmmaker and journalist Waad al-Kateab spoke with NPR’s Rachel Martin about her documentary For Sama, a film Kateab made for her newborn daughter as she chose to stay in Sryian after the revolution in 2011. Kateab discusses the inspiration behind her film, the human experience in times of violent conflict, her family’s forced evacuation from Aleppo and her desire to return home.

This film and this message could be very powerful against the regime, against the Russian, against anyone who let it destroy the will and the dream of the Syrian people. We should really work now and reach out this message to all the world that we are not terrorists. It's not a Syrian war. It's a revolution. And what we fought for, we will have it one day, and we will still fight for this whenever we were and whatever happened.

From the Grapevine’s Benyamin Cohen interviewed Isreali filmmaker Avi Belkin about his documentary Mike Wallace is Here. The film uses archival footage from CBS News to craft an intimate, behind-the-scenes look into the personal life of the beloved 60 Minutes newscaster.

Perhaps the greatest overarching theme of the documentary is Wallace's deep insecurities. He started his career as a product pitchman and so was not taken seriously when he first entered journalism. "He was an actor, basically," Belkin explained. "And I think that made him insecure about his credentials throughout his career. It never ended. But I think, obviously, he used it to his advantage because that chip on his shoulder made him work very hard to show everybody that he's worthy, that he is a serious reporter."

Variety’s Christopher Vourlias attended this year’s Durban International Film Festival, where filmmakers together to discuss unique challenges and opportunities for documentary filmmakers in Africa. Don Edkins opened the program by reflecting on his career as documentarian bringing awareness to social justice issues around the globe and his work to grow more distribution networks across the continent to ensure that content is being created by African filmmakers for African audiences.

"The world is in a space where we need to do more to engage with each other, and as documentary filmmakers we have the opportunity to make this happen. To create unity, where before was division. To create an African voice that is loud and visible. To build new communities for African documentary cinema," said Edkins. "And above all, let us aspire for authenticity. To be true to our community."

The First Amendment Coalition and two other press-advocacy groups filed a motion to unseal documents that show San Francisco police failed to tell a judge that Bryan Carmody was a journalist when they applied for a search warrant for Carmody’s cell phone. Both California and federal law bar the use of search warrants to obtain unpublished information from journalists. FAC has been fighting in court since May 17 to bring public light to the case and was met with extended bureaucratic delay. Police said that the raid was part of an investigation into the leak of a police report detailing the investigation into the death of San Francisco Public Defender Jeff Adachi.

"The police department knew that Carmody has a press pass, and they knew he was a journalist—but failed to tell Judge East that fact," said FAC Executive Director David Snyder. "The more we learn about the police department’s extreme overreach here, the more the city’s violation of California and federal law becomes obvious. There must be accountability, at the highest levels of San Francisco government, for this trampling on journalists’ rights."

In the third episode of season two of The Rough Cut, StoryHunter co-founder Alex Rair spoke with Stacy Minero, Global Head of Content Creation at Twitter, about the best ways for brands and organizations to post content and advertise on social platforms.

There seems to be this negative perception of paid growth, but really it’s just another tool in your digital marketing tool chest. Paid media, coupled with great content, is like putting fuel on a fire. It gets your message out to the right audience at the right time. By eliminating it from your strategy, you limit the scale of your campaign.

From the Archive, May 2013: Tell Me a Story: Sarah Polley Tackles the Truth

HBO Announces Documentary Lineup For Second Half Of 2019

END_OF_DOCUMENT_TOKEN_TO_BE_REPLACED

The Art of 'Killing': How Much Truth Comes from the Lie that Tells the Truth?

Daring to Disturb the Sound of Silence: Oppenheimer Returns to Indonesia