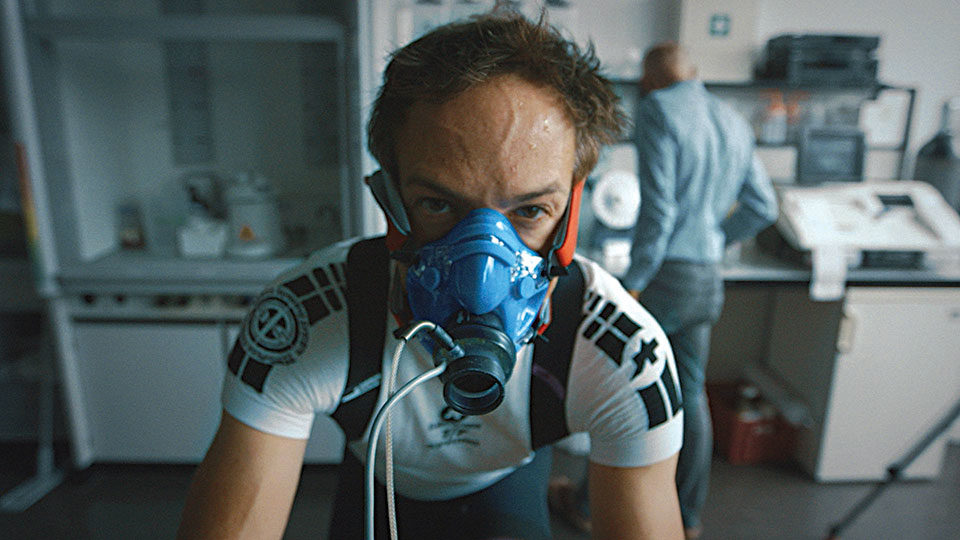 In these films, the personal isn't just political - it's also pluralized. It's not that these new works are without precedent or breaking essentially new ground. Many of the most important first-person filmmakers have excelled at such POV sleight of hand…Yet there was something unmistakably self-conscious about the crop of first-person films that debuted at Sundance this year. They may have started by burrowing inward, but in the end each wound up widening or even veering outward.

"I like being very hands-on in organizing the footage. I've had experiences where I've discovered weeks later that I wasn't watching all of the footage for a particular scene or event because heads and tails of shots or interstitial moments had been overlooked. While this is actually kind of exciting when it happens because it means there are new possibilities all of a sudden, I try to avoid this by creating a library of sequences right away where every clip exists in its raw uncut form. Then my notes are what create a more detailed map within that sequence. The footage that seems uncategorizable or interstitial at first often yields the best surprises, so it seems good to treat it all equally at first."

At Ford Foundation, Rachel L. Martin presents an oral history of the landmark doc series Eyes on the Prize, based on interviews with more than a dozen people.

Documentary filmmaker Henry Hampton conceived of his epic, multi-episode account of the struggle for equality while standing with protesters on the Edmund Pettus Bridge in Selma, Alabama, in 1967. He believed that America needed a better understanding of what the civil rights movement had accomplished, and what battles were left to fight. Hampton founded his film and media company, Blackside Inc., in 1968. It would take him almost 25 years to gather the team and the funding needed to bring to life the story he cared so deeply about.

At Roger Ebert, Jana Monji reflects on the murder of Vincent Chin, whose story was told in two documentaries.

The questions that both documentaries ask remains the same: When will Asian Americans be considered American enough and when will Asians matter in the racial conundrum that is the United States?

At AnOther, Jonas Mekas, the founding father of Anthology Film Archives, reflects on film, poetry and the future with filmmaker Jim Jarmusch.

The 'cathedral of cinema' will be completed. The cinema is like a big tree with many different branches, and although Anthology's mission is to serve primarily the independents and the avant-garde, the cinema of poetry – we are equally devoted to all of the branches of the tree called cinema. Of all styles, forms, periods, genres, countries.

Stock Footage Newsroom asks a group of footage industry leaders about how YouTube has affected their work.

"Just about every day we get an inquiry from someone whose higher up (usually a director, sometimes a producer) saw a clip on YouTube and wants to know if we have it or can supply something virtually identical. Overall, I think it helps shops like ours, as it does drive people to us when they have trouble tracking down the person who posted (who usually has no rights to the footage). As a catch-all video depository, I see it as a net plus both to us and researchers. There is also a lot of rare material up there that would otherwise never surface."

Indiewire investigates how the Lucerne International Film Festival used Amazon, Vimeo, and copyright laws to get away with selling dozens of indie films.

It sounds impossible: The founder of an obscure Swiss film festival used Amazon, Vimeo, and other streaming sites to sell Terrence Malick's The Tree of Life, Pedro Almodovar's The Skin I Live In, as well as dozens of films that played his Lucerne International Film Festival (LiFF). And, according to filmmakers and distributors, he did all of this without their permission or the proper copyright.

The film circles the crime itself, gradually revealing the deeper layers of truth, and the ways in which the legal system ultimately failed Chin and his grieving mother. The second half of the film pivots to examine the community activism that brought renewed scrutiny to the case, and led to a federal civil rights case, that also - shockingly - failed to deliver justice. In one powerful moment, the camera finds Chin's mother struggling for the words to express her grief and outrage. "I want justice for my son," she says, but it's the image of her clenched fist, rather than her words, that lingers.