Essential Doc Reads: Week of May 1 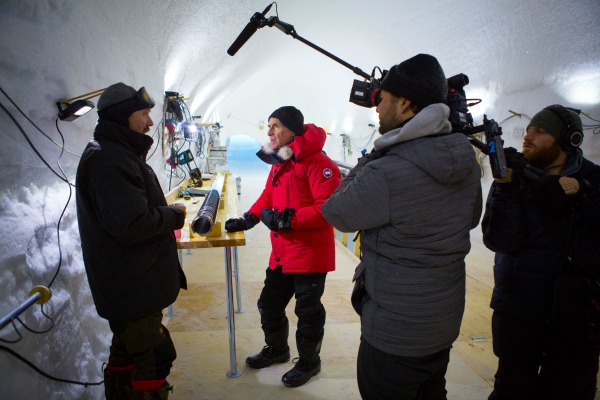 Realscreen speaks to alumni of the Hot Docs Forum about making their projects stand out in the documentary market.

When it came to the basics of pitching, Levison said a successful pitch should be broken down into three basic principles: What's the story you're telling, why does it need to be told, and why are you the best person to tell it? Another tip from the panel was to remember to not pitch for generic funding - you have to know what your goal is, whether it's to raise funding for a crew or a composer.

At Indiewire, Tom Brueggemann argues that Netflix may be the savior of indie film.

Suggesting this idea should come with a bomb shelter - and from someone who writes box office reports for a living, it might seem like nothing less than a betrayal to praise an entity that won't even release its numbers. However, in my weekly appraisal of specialty film releases, it's clear that those concerned with the future of the medium, and of independent film in particular, need to embrace the way that Netflix is changing the business, because it might just end up saving it.

At The New York Times, Kiki Zhao profiles a Chinese documentary filmmaker whose environmental-themed films cause a stir, then quickly disappear.

Mr. Wang said he was perplexed by the censorship of his work on the internet. "Our goal is to let more people see it," he said. "We hope they would pay attention and changes could be made. But if the channel for communication is jammed, I have to reconsider what our efforts mean."

At Digital Video, a look at Google's National Parks Project.

To commemorate the NPS' centennial, Google creative director Nick Carbonaro envisioned the creation of an interactive website. The project "The Hidden Worlds of the National Parks" combines 360-degree video with high-res 2D imagery in a tour de force that provides viewers with what plays like their own private tour of five national parks.

At Indiewire, Michael Schneider reports that Oliver Stone has conducted a lengthy interview with Vladimir Putin for an upcoming Showtime series.

Stone and Sulichin were granted wide access to Putin's personal and professional lives. "It's not a documentary as much as a question and answer session," Stone told the Sydney Morning Herald. "It opens up a whole viewpoint that we as Americans haven't heard… He talks pretty straight. I think we did him the justice of putting [his comments] into a Western narrative that could explain their viewpoint in the hopes that it will prevent continued misunderstanding and a dangerous situation – on the brink of war."

For the past 44 years, the United States government and the intransigent Cuban exile community have demonized Castro. While Stone confronts Castro, questioning him about political repression, free elections and Cuban advisers in Vietnam, it is not an adversarial relationship. What emerges from the film is sense of Castro the man: his well-known charisma, effusiveness, sense of humor and skill in evading pointed questions.

END_OF_DOCUMENT_TOKEN_TO_BE_REPLACED

The Risks and Rewards of International Pitch Forums