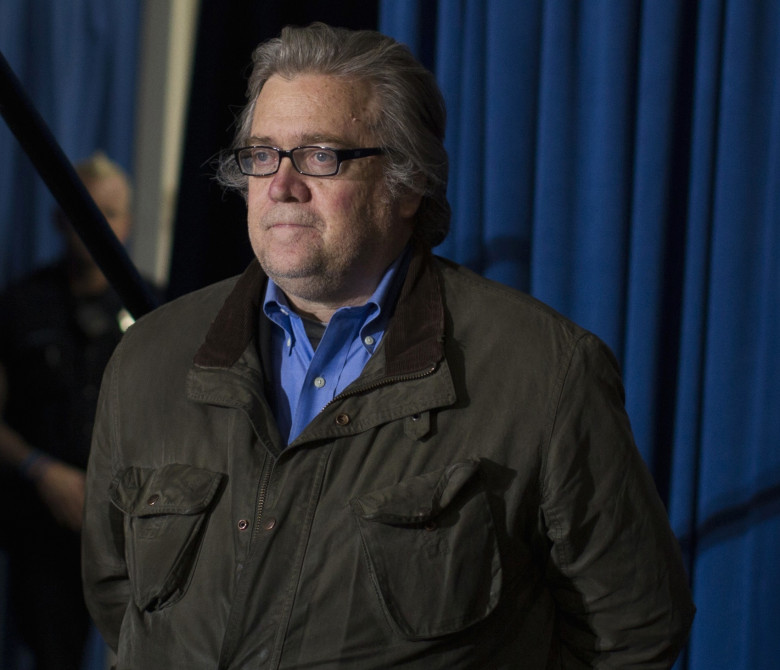 Ten years ago, Bannon oversaw the distribution of independent films released by Wellspring Media, a company that supported a wide range of international cinema as well as gay-themed and other "transgressive" titles. Movies acquired and released under his tenure include the experimental LGBT documentary Tarnation and Going Upriver: The Long War of John Kerry, a pro-Kerry documentary that opened during the 2004 election. According to one insider who dealt with Bannon at this time, he directly approved and often supported several of these films with great enthusiasm.

"Many journalists wonder with considerable weariness what it is going to be like for us during the next four—perhaps eight—years. Will we be incessantly harassed and vilified? Will the new administration seize on opportunities to try intimidating us? Will we face obstruction at every turn? If so, what do we do? The answer, I believe, is pretty simple. Just do our job. Do it as it's supposed to be done."

At POV, director Lee Hirsch considers how filmmakers could respond to a President Trump.

He believes more filmmakers are going to be coming out of the woodwork, some better known for cinematic non-fiction films, who will make more activist-type films and ones that counterbalance the advent of so-called fake news. He also foresees more interest from filmmakers in outreach and engagement work with communities, especially in rural areas, as opposed to one-off network releases. Non-profit funders like Ford Foundation, The Fledgling Fund and Britdoc and exurban film festivals could play central roles to those ends.

In filming The State of Arizona, our documentary about Arizona's controversial "show me your papers" law, we interviewed a very wise young state legislator. She pointed out that the people who had crossed the U.S.-Mexico border illegally had had time to make the emotional journey into change. The communities receiving them hadn't, however, and so the intensity of their anger could in part be understood by the rapid, unexpected change foisted on them. Her contextualization helped me reframe my perspective then, and I find it useful now as I try to understand the K.K.K. fliers and the sundering of America they are trying to foment.

At the ACLU blog, attorney Hugh Handeyside considers the ramifications of a recent abusive border search of a Canadian photojournalist.

When CBP takes that approach to journalists, the dangers are particularly acute. Forcing journalists to turn over their newsgathering materials breaches confidences they are ethically required to honor, discourages reporting on current events, and turns journalists into unwilling agents of the national security state. And conditioning foreign journalists' admission to the United States on their willingness to agree to intrusive searches encourages similarly abusive treatment of American journalists in other countries.

Stone compares Castro to an aged movie star. At 75, he was still fit and exciting. "He's like a Marcello Mastroianni character carrying a movie," muses Stone. "It's mostly him; he carries the movie for 90 minutes. I guess he's the About Schmidt of political leaders." But there were moments of tension, and Castro reacts testily to questions about political repression and Cuban advisers as torturers in North Vietnam's POW camps. Castro declines to call himself a dictator; instead he asserts, "I'm a dictator to myself and a slave of the people."

END_OF_DOCUMENT_TOKEN_TO_BE_REPLACED

Exploring the Doc/Journalism Connection: A Dispatch from Two J-School Confabs

'Hope' Springs Eternal...Or at Least for This Election Year