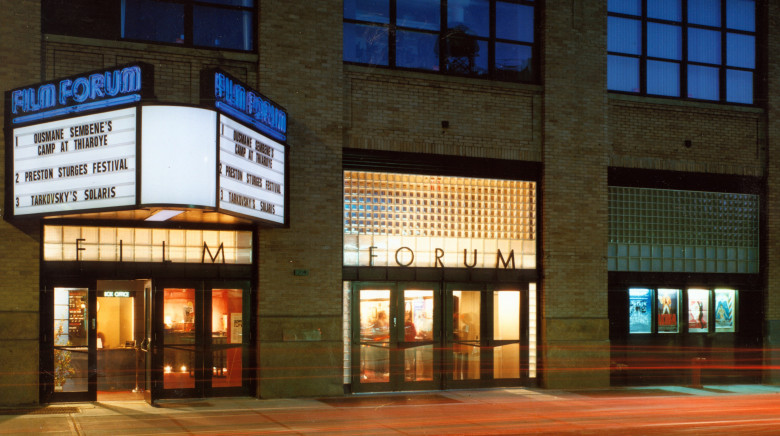 The addition of a single new screen will likely have a marginal impact on the overall movie-going scene in the city and beyond, but the specialty market is a different story. A fourth screen doesn't just mean more space for additional openings, but also the possibility of successful films earning extended runs at a theater that used to be even slimmer on its precious screen space.

Also at IndieWire, publicist Mark Pogachefsky offers advice to filmmakers who might get lost in the fall festival shuffle.

At Variety, Vimeo CEO Anjali Sud explains why they gave up on trying to emulate Netflix's SVOD model.

Now that Vimeo has abandoned its SVOD ambitions, the company is returning full bore to its roots, with its sole mission being that of empowering creators to produce, distribute and make money from their videos. The client roster also includes media companies: Vimeo recently inked a deal with Lionsgate to help power two of the studio's over-the-top services, Kevin Hart's Laugh Out Loud and Tribeca Shortlist. The shift in strategy has let Vimeo redeploy the product and engineering personnel who had been working on the subscription service to other initiatives, Sud says.

At Peter Broderick's Distribution Bulletin, he offers the inside story of Kedi's smashing box office success.

I was sure that Kedi would succeed from the first time I saw it in December 2015, when I started consulting on its distribution. In 2016 a long list of distributors, reps, and sales agents did not share my conviction and passed on the film. The filmmakers were certain there was an audience so they persevered and finally found the right distribution partner. In February 2017, Kedi had a record-breaking opening in New York, making $40,103 on its first weekend in one theater. By late August 2017, Kedi has grossed more than $2.8 million in US theaters.

Interestingly, the aforementioned programmers attribute the general drop in cinema attendance to the decline in the quality of commercial films, rather than to home theaters, cable television or DVDs. Their cinemas, on the other hand, have held steady with their audiences. For New Yorkers, leaving home to go to restaurants, the theater, museums, the park and, yes, the movies, is still a regular activity. And with a healthy choice for downtown New Yorkers, independent cinema is one of the rules rather than the exception. The audiences are not so much fragmented as galvanized by the critical mass of theaters offering independent fare.

END_OF_DOCUMENT_TOKEN_TO_BE_REPLACED

The New Age of Independent Distribution

Portrait of a Vagabond: An Appreciation of Agnes Varda