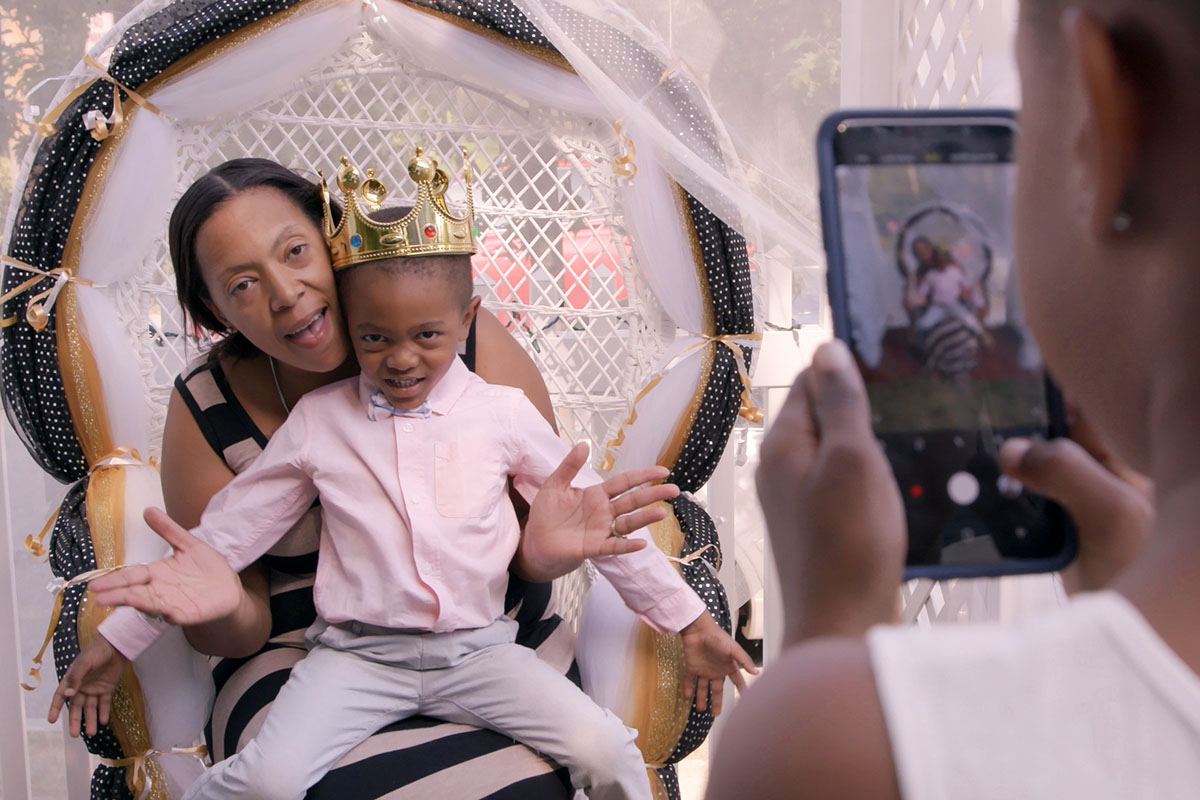 Black Maternal Health Week, which takes place between April 11–17, was officially recognized by the White House on April 13, 2021. Within a world where every social system is plagued by racism and misogyny, the USA alone reports a maternal mortality rate in Black women that is two to three times higher than that of white women.

The BMHW 2022 theme this year is “Building for Liberation: Centering Black Mamas, Black Families and Black Systems of Care.” Our Screen Time this week does just that. Centers the primary role Black women—Black mothers—play in building and protecting meticulous systems of care while fighting and trying to survive a system that continually harms them.

Bearing the Burden: Black Mothers in America, a collaboration between The New Yorker and Retro Report, explores how and if bringing back midwives into the folds of mainstream prenatal care can help shift the racist gaze with which Black mothers are viewed and treated within a white supremacist medical-industrial complex.

Over on the Criterion Collection, you can watch Camille Billops and James Hatch’s 1991 film Finding Christa, which is a complex portrait of Black motherhood and adoption. As Billops reunites with Christa, her daughter who she gave up for adoption, what emerges is a searingly personal narratives the filmmakers use to question society and the ideas of family, motherhood, and femininity it propagates.

In Erika Cohn’s Belly of the Beast, streaming on Amazon, we encounter the darkest annals of American society in the intersections of the prison industrial complex and medical racism. We meet Kelli Dillon, a Black woman who was sterilized without her consent, while being incarcerated. The film sheds light on the gross dehumanizing of incarcerated women—especially women of color—and exposes modern-day eugenics and reproductive injustice in California prisons.

Loira Limbal’s Through the Night, also on Criterion Collection, is the story of a daycare center and how it serves as an intersection for the lives of different mothers. It is a tribute to caregivers but also an important intervention into the ways we define work within the capitalist framework and more importantly, how we perceive and compensate for the labor women undertake both within their public and private lives.

Shantrelle P. Lewis’ In Our Mothers' Gardens, streaming on Netflix, brings together Black women from all over the world to a space where they can sit and remember their mothers. It is not just a recollection of histories and legacies, but it’s also a sacred circle the women create—sitting in which gives them a chance to heal and grant themselves some grace.

Khalik Allah’s 2018 film, Black Mother—playing on Criterion Collection—has been described as “part film, part baptism.” It takes us to Jamaica and introduces us to people—mothers, farmers, prostitutes, young girls—as their lives intertwine and overlap within this island they call home. The film’s structure mirrors the timeline of a pregnancy—divided into trimesters, at once celebrating the mother’s body and experiencing the pain of its labor.

END_OF_DOCUMENT_TOKEN_TO_BE_REPLACED

Doc Stars of the Month: Nunu and Patrick Hogan, 'Through the Night'

The Feedback: Erika Cohn's 'Belly of the Beast'