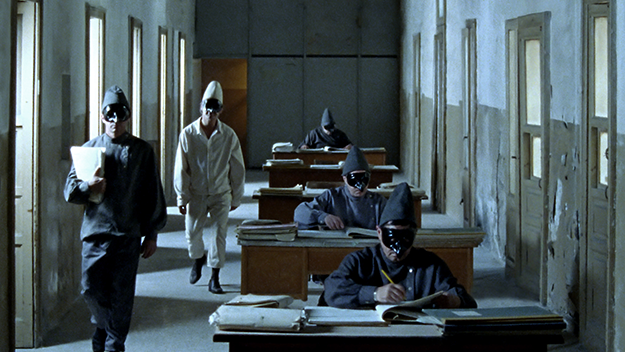 Now streaming at Amazon Prime is Parvez Sharma's A Sinner in Mecca. For a gay filmmaker, filming in Saudi Arabia during the hajj presents two serious challenges -- filming is forbidden and homosexuality in Saudi Arabia is punishable by death. With nothing more than his iPhone, Sharma joins four million fellow Muslims on the pilgrimage to Mecca.

Premiering Wednesday, April 25, on KCET Link is the new season of Earth Focus, produced in partnership with Thomson Reuters Foundation, with the special "Sea Level Rising: Living with Water." Forecasts are dire for Louisiana to experience the second-highest sea level rise in the world. There is a big movement brewing in New Orleans to build adaptive "resilience zones." In Southeast Louisiana, the native peoples of the Isle de Jean Charles have become the first U.S citizens moving within their homeland displaced by climate change.

Now streaming on MUBI is Pietro Marcello's Lost and Beautiful. Marcello's documentary began as a portrait of the groundskeeper of an Italian palace until his subject's untimely death transformed this project into something more fable-like and phantasmagoric.

Currently streaming on Filmstruck is Daniel Geller and Dayna Goldfine's Ballets Russes, an ode to the revolutionary 20th-century dance troupe known as the Ballet Russes. What began as a group of Russian refugees who never danced in Russia became not one but two rival dance troupes who fought the infamous "ballet battles" that consumed London society before World War II.

END_OF_DOCUMENT_TOKEN_TO_BE_REPLACED

Another Green World: Environmental Content Is the New Programming Choice