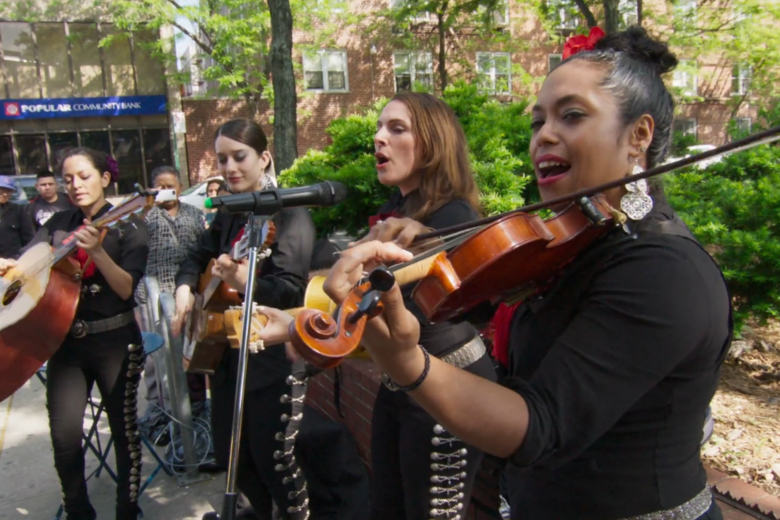 This week, we celebrate Kanopy's release of the Frederick Wiseman documentary collection:

Central Park (1989) is a film about the famous New York City landmark and the variety of ways in which people make use of it: running, boating, walking, skating, music, theatre, sports, picnics, parades and concerts. The film also illustrates the complex problems the New York City Parks Department deals with in order to maintain and preserve the park and keep it open and accessible to the public. The Washington Post said it "celebrates not the Earth but the 840 acres of it in the middle of Manhattan where New Yorkers retreat and repair and lapse into modes of behavior one might actually classify as civilized."

Domestic Violence (2001) shows the Tampa, Florida, police responding to domestic violence calls and the work of The Spring, the principal shelter in Tampa for women and children. Sequences with the police include police response, intervention, and attempted resolution of domestic violence calls. The New York Times called it "ultimately the most compassionate of all the Wiseman films. We come out of it feeling that change is possible, even as the film circles back to where it started."

The Store (1983) is a film about the main Neiman-Marcus store and corporate headquarters in Dallas. The sequences in the film include the selection, presentation, marketing, pricing, advertising and selling of a vast array of consumer products including designer clothes and furs, jewelry, perfumes, shoes, electronic products, sportswear, china and porcelain and many other goods. Newsweek wrote that "Only Wiseman seems able to consistently capture those tiny, illuminating surprises that stay with us long after he's through with us."

Belfast, Maine (1999) is a film about ordinary life in a beautiful old New England port city. It is a portrait of daily life with particular emphasis on the work and the culture of the community. According to The New York Times, "it reminds us that the fleeting beauties of the natural world -- the simple pleasures available to all -- are among life's deepest consolation."