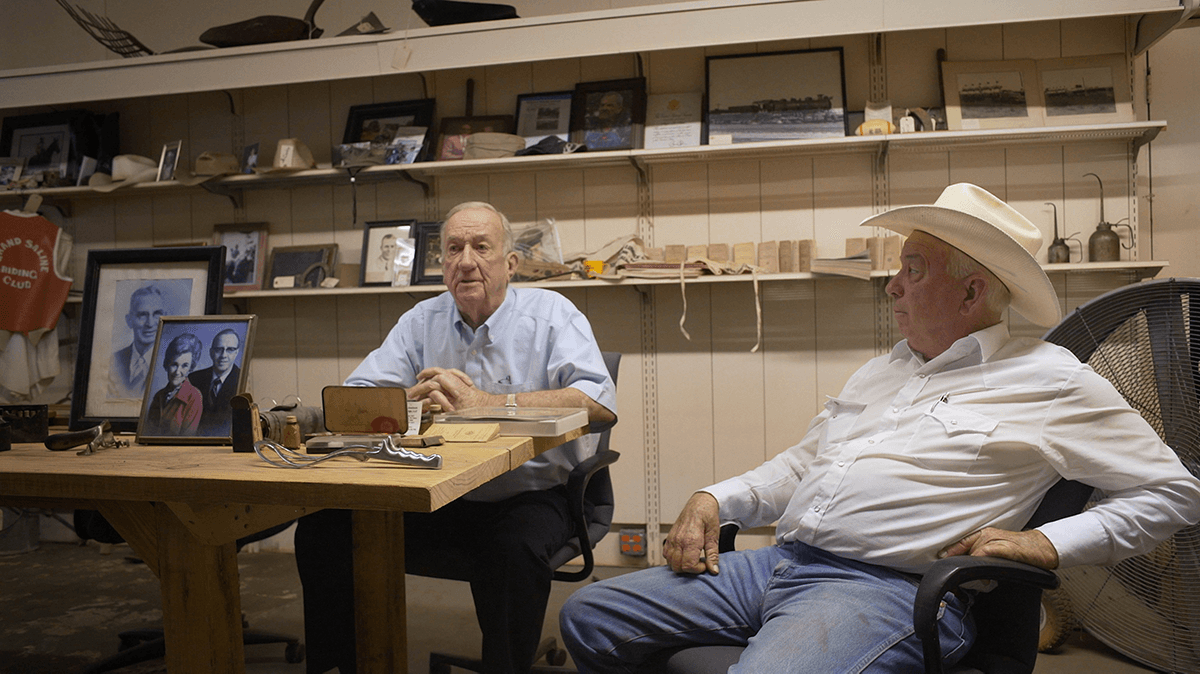 Premiering December 17 on Independent Lens is Joel Fendelman’s Man on Fire, winner of the 2017 David L. Wolper Student Documentary Award. Fendelman travels to Grand Saline, Texas, the site of a horrific event in 2014, in which a 79-year-old white Methodist minister, Charles Moore, set himself on fire in a local parking lot. His suicide note, found on his car windshield, explained that this act was his final protest against the virulent racism in the community and his country at large. Fendelman seeks to uncover the truth about the town’s ugly past and the fervor that drove Moore to his final act.

Medical error is the third-leading cause of death in the US. After a routine partial hip replacement operation leaves the mother of filmmaker and comedian Steve Burrows in a coma with permanent brain damage, what starts as a personal video diary becomes a citizen’s investigation into the state of American health care. Burrows’ Bleed Out premieres December 17 on HBO

Mr. Fish: Cartooning from the Deep End, from IDA member Pablo Bryant, profiles the dangerously funny cartoonist Mr. Fish, who struggles to make a living in an industry that is dying out. In a world where consumerism is king and opportunities are few, will this uncensored artists find a way to sell his art, or be forced to sell himself out/ Now streaming on iTunes.

Mubi presents The Groundbreaking Ethnography of Jean Rouch, a monthlong tribute to the 2001 IDA Career Achievement Award honoree. Over the course of 60 years spent in various parts of Africa, Rouch’s erudite cinema dissolved all notions of fiction and nonfiction into one frame to irrevocably express the various landscapes, peoples, and traditions to the rest of the world.

Now streaming on Netflix is Michael Jackson’s This Is It, Kenny Ortega’s documentation of the creative process of mounting what would have been the King of Pop’s final tour. The film captures Jackson in final days leading up to his untimely death at 50.

END_OF_DOCUMENT_TOKEN_TO_BE_REPLACED

First, Do No Harm: 'Escape Fire' Tackles the Healthcare Crisis

Films Within Films: The Collected "Ethno-Fiction" of Jean Rouch