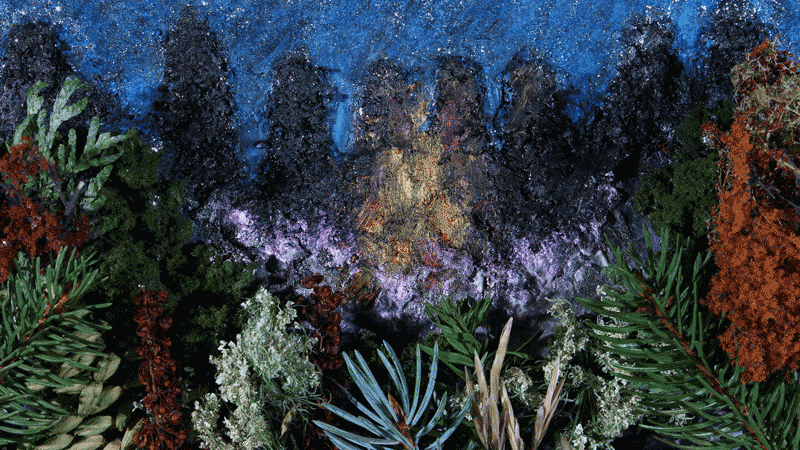 The Korean-American artist Nam June Paik once said, “What matters today is what I would call the Archaeology of the present, and video is its privileged instrument.” Erik Nelson’s Apocalypse ‘45 combines filmmaker John Ford’s graphic World War II footage, archival material, and narratives of 12 men who witnessed the Pacific War. Premiering May 27 on discovery+, the film, as Paik would say, “digs ruin after ruin to try to understand the past as if one understood the present.”

Using the video as an instrument to pierce through the silent shroud that covers the past and present of Palestine and its stories, programmer Daniella Shreir has curated an exceptional lineup of films by Palestinian women at Another Screen that runs through June 18. The program is free and subtitled, and is growing in size. Catch some exceptional documentary and narrative films by filmmakers such as Rosalind Nashashibi, Razan AlSalah, Mahasen Nasser-Eldin, Larissa Sansour and Mona Benyamin.

“Palestinian stories create space for us to love each other, to love ourselves, to love our cause,” writes BlackStar Film Festival Director Nehad Khader in her foreword to the curation of Palestinian films that have played at the festival. Made available online, these films, beyond serving as markers of Palestine’s struggle for freedom, “help us think both more broadly and deeply about racism, incarceration, resistance, resource theft, apartheid, and even climate change.”

A proud subaltern reclamation of stories also underscores the Sundance Institute’s 2021 Indigenous Short Film Tour. Curated by the Institute’s Indigenous Program, the free touring lineup includes some documentary gems like Sky Hopinka’s Fainting Spells, Alexandra Lazarowich’s Fast Horse, and Christopher Auchter’s Now Is the Time. For those of us who have missed being at Park City for the festival this year, the program gives us a nostalgic respite to catch up on Sundance lineups of yore.

While Nanfu Wang’s latest documentary, In the Same Breath, is currently on the festival circuit, the filmmaker’s first feature documentary, Hooligan Sparrow, is available to view on the Criterion Channel starting May 26. Wang’s guerrilla-style documentary shadows the invincible Chinese activist Ye Haiyan (a.k.a. Hooligan Sparrow) as she fights relentlessly for women’s rights in China.

END_OF_DOCUMENT_TOKEN_TO_BE_REPLACED

All Eyes on 'Sparrow': Documenting the Dangers of Activism in China