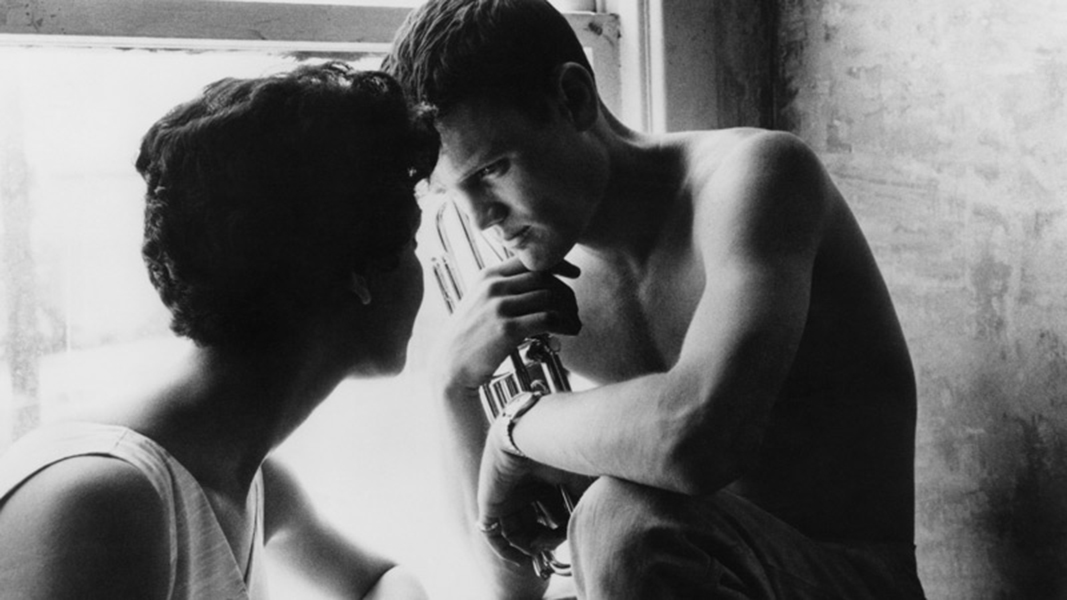 It was the spring of 1988. I was living in Boston, working as a first-time producer on the epic documentary series Eyes on the Prize. I heard about a screening at the Brattle Theatre in Cambridge of a documentary about the jazz trumpeter Chet Baker. It was directed by the photographer Bruce Weber.

I did not know what to expect; films about jazz musicians were usually not that great. The mid-1980s yielded a plethora of jazz-themed films: Robert Mugge's documentary Saxophone Colossus, about Sonny Rollins; Bird, Clint Eastwood's feature film on Charlie Parker, which was less about him and more about his white trumpeter, Red Rodney; and Straight No Chaser, directed by Charlotte Zwerin and produced by Eastwood, which included great footage of Thelonious Monk shot years earlier by Chris Blackwood and his brother Michael. There was also Bertrand Tavernier’s dramatic film Round Midnight, which starred saxophonist Dexter Gordon as Dale Turner, a composite of jazz greats Lester Young and Bud Powell, whose last days were both unhappy and tragic.

Though I looked forward to seeing the film on Chet Baker, I did not expect much. I knew of just two films that had embodied the true essence of what a jazz musician was: Tom Reichmann’s Mingus documentary, about bassist Charles Mingus, and Ken Levis’ 1983 film Jackie McLean on Mars, about the saxophonist Jackie McLean. Both are wonderful and compelling film essays about two jazz titans.

But as Weber’s first images of Let’s Get Lost came up on the screen, I knew I was in for a spiritual experience. It was pure poetry, a love letter to a beautiful, tragic figure whose face, voice and sound from his trumpet expressed the hard living and complex life he had led. Let’s Get Lost was less a typical biography than a film odyssey that took us from the beaches of Santa Monica to the South of France, then to the dark clubs and recording studios of Los Angeles. It was shot in black and white and it felt like I was not only seeing a film, but flipping through the pages of a wonderful coffee table picture book that juxtaposed the past images of the beautiful, handsome Chet Baker by photographer William Claxton with the Chet Baker of today: toothless, grizzled, haunted, cadaverous.

By the time the film was over, I was in love with “Chetty,” as his friend, trumpeter Jack Sheldon, called him. And every time I hear Baker sing and play “You Go to My Head” or anything else on trumpet, the experience of seeing Let’s Get Lost comes back to me as one of those seminal moments in my life.

Sam Pollard is an accomplished feature film and television video editor and documentary producer/director whose work spans almost 30 years. He recently produced and directed August Wilson: The Ground on Which I Stand for the PBS series American Masters.