Notes from the Reel World: The Board President's Column, March 1999

1999 began with the spirit of partnership taking another major step forward as IDA joined with NATPE (National Association of Television Program Executives) and Real Screen magazine to sponsor the Documentary Pavilion at the annual NATPE conference i n New Orleans, January 25-28.

The Documentary Pavilion at NATPE '99 provided documentary producers with an affordable and high profile showcase for documentaries in all genres. More than 18,000 television executives from around the world attend NATPE each year seeking and buying programming for world television markets. With our first year under our belt, we're looking forward to this annual event becoming an ongoing support from us to our members with programs seeking international television distribution.

Every new partnership brings new energy and new possibilities for IDA members and their work. And it's my sincere pleasure to welcome NOVA, the award-winning PBS science/news series, as our most recent Trustee. Representing NOVA on the Board of Trustees will be executive producer of the series, Paula Apsell.

NOVA's leadership in documentary science programming is well­ established, and many IDA members have worked on and contributed to the now-legendary series over the past couple of decades. NOVA most recently was awarded the highest honor at the Alfred I. duPont /Columbia University Awards for broadcast journalism, the Gold Baton. Announcing the award, Columbia University President George Rupp said, "NOVA brings us elegant photography, thorough research, often suspense and always good reporting-to teach us about our world."

Congratulations, Paula, everyone at NOVA—and welcome to IDA! This new year also brings some transformation to the IDA board of directors. As our new membership year begins, we say "thank you and farewell" to three board members who have served with distinction in recent years:

Nick Clapp has resigned from the board, as he moves on to full-time writing projects, following his recent success with The Road to Ubar. Nick has been an active member of our Fiscal Sponsorship committee and we look forward to his continued guidance on that program.

Carol Fleisher has also resigned as an active board member. Carol is literally moving on, relocating her home and production company to the Colorado mountains. We expect to call on Carol as a regional voice of the IDA and for her guidance as an active member of our long-range planning committee.

Lance Webster also concludes his term on the IDA board and as board secretary, but he continues to be active in public relations, seminars and outreach. In fact, Lance accompanied IDA Associate Director Grace Ouchida to New Orleans to represent IDA in the Documentary Pavilion at NATPE '99.

Thank you Nick, Carol and Lance, for your energy, commitment and counsel during your years of service. IDA has grown and improved with your good guidance.

As the board reconstitutes for the new year, four board members return to continue their service: Mitchell Block, Lyn Goldfarb, Carol Munday Lawrence and John Mason. Welcome back to you all. These familiar faces will be joined by two new board members, Mary Schaffer and Sven Berkemeier.

Mary is familiar to many of you as a member of the IDC planning committee where she guided the development of panels on new media and new technologies. Her expertise with technology frontiers as they relate to documentary adds a valuable perspective to our discussions, plan ning and services.

Sven is also familiar to many of you as a filmmaker and two-time chair of IDA Awards committees. A native of Germany, Sven came to the U.S. on a bicycle (ask him to explain) and is already hard at work building stronger ties with our members in Europe and developing new partnerships across the Atlantic. Mary and Sven, IDA members and board: thank you for your commitment to our future. Welcome to another exciting year.

On behalf of the largest IDA membership in history, I personally thank each of you for joining with us, and I look forward to our working together to support and advance the documentary form. 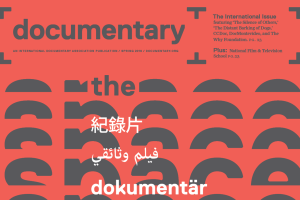 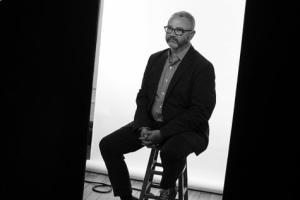