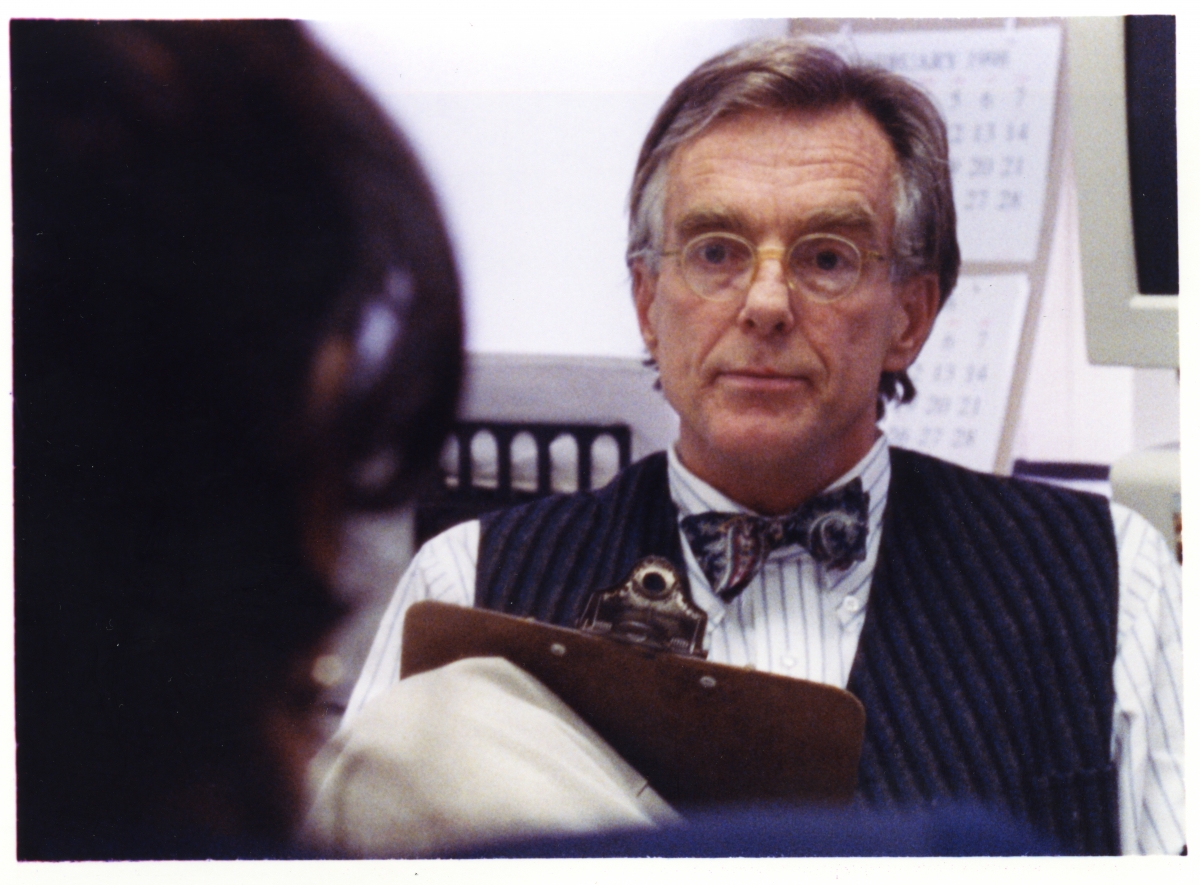 In 2000, I was a young filmmaker on my way to my first Sundance Film Festival. If I didn't already know everything there was to know about filmmaking, I was at least well on my way. And then I wandered into a screening of a film called Well-Founded Fear. I didn't have high hopes; it was described, un-promisingly, as "an inside look at the Immigration and Naturalization Service." Ninety minutes later, I walked out of the theater inspired and humbled.

The film opens in a drab waiting room, not unlike the DMV. On one side of glass partitions are the asylum seekers, sitting nervously in small family groups, whispering and shuffling papers. On the other side are the immigration officers, slumped in their shabby, government-issued furniture, looking tired and impatient. But it quickly becomes clear that this is no ordinary government office, and no ordinary documentary. It is one of the miracles of Well-Founded Fear that the directors, the wife-and-husband team Shari Robertson and Michael Camerini, can wring so much drama out of such a humdrum setting.

Well-Founded Fear (so named for a standard in the law) is about the process by which asylum seekers are evaluated for entry into the United States, or deportation back to their home countries. It is about the intersection of desperate hope with hard necessity. It is about imperfect people trying their best to find truth with imperfect information, knowing that the stakes couldn't be higher.

The patience required to make this film was clearly staggering (In a Q & A after, Robertson and Camerini revealed that they'd spent six months in the INS without a camera just to earn the trust of their subjects.). Even more impressive was the directors' embrace of complexity and moral ambiguity. There are no easy answers in Well-Founded Fear, no obvious good or bad guys, just ordinary people put in tremendously difficult situations, trying to do their best. And always the question is asked of the viewer, "What would you do?"

Most of the film takes place across a desk, and consists of conversations involving the officers gently probing the asylum-seekers' stories to test them for holes. The details we hear are harrowing: suffering, torture and the murder of family members at the hands of death squads. And yet, as we soon learn, some percentage of these stories are untrue or embellished. While we naturally empathize with those seeking refuge, we also understand the dilemma of those who must sit in judgment.

Over the course of the film, the immigration officers emerge as deeply compassionate, responsible men and women. What might seem at first to be overwork, reflected in their stooped shoulders and worn-out expressions, emerges instead as the burden of awesome responsibility. If they get it wrong, they could be condemning the asylum-seekers to death.

For all the suspicion inherent in these encounters, there are plenty of moments of grace, when a connection based on compassion and shared humanity is made between the seekers and the officers. At those moments, tears well.

I only wish more people could see this film, especially now as the whole immigration system has been put under a dark cloud. Well-Founded Fear inspires pride in our country, both because we see it through the eyes of people who would give anything to come here, and because of the decency and compassion of these civil servants who represent the best of us. As a filmmaker, I am reminded that some of the most profound drama can be found in the least likely places, if only one observes.

Barak Goodman is an Academy Award-nominated documentary filmmaker whose most recent film, Oklahoma City, premiered at the 2017 Sundance Film Festival. He is co-founder of Ark Media with wife Rachel Dretzin (www.ark-media.net).