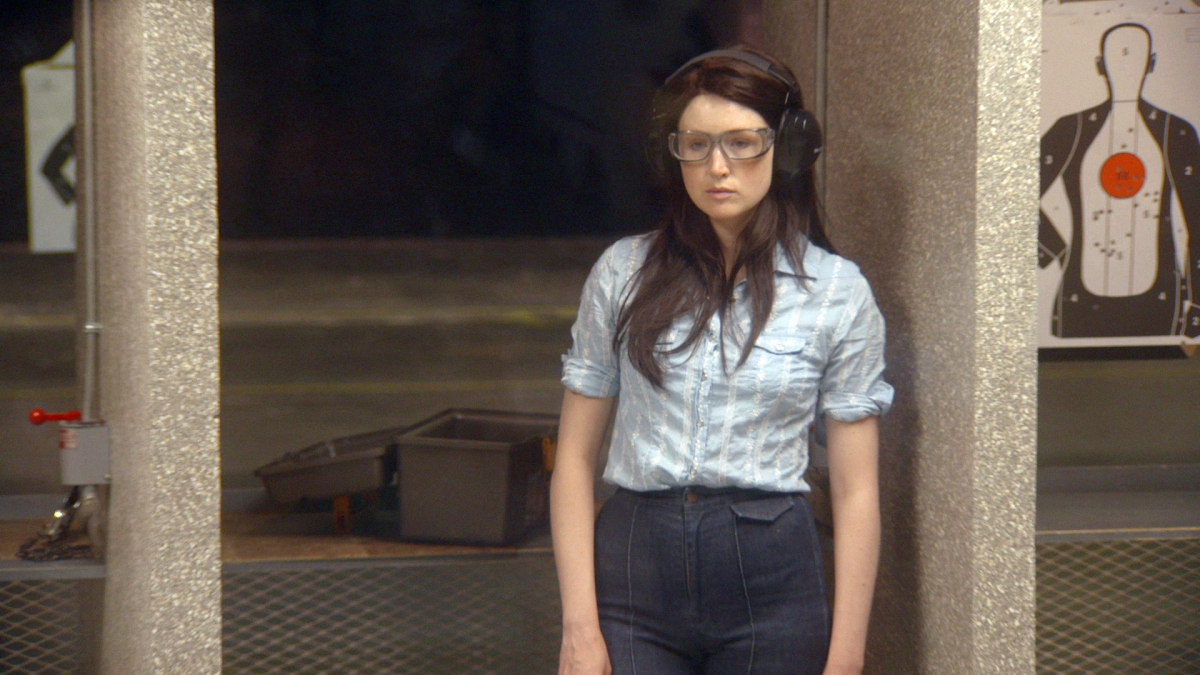 Robert Greene’s Kate Plays Christine, which nabbed this year’s Sundance Film Festival US Documentary Special Jury Award for Writing, continues the Actress (2014) director’s exploration of female thespians and their process. Taking the 1974 on-air suicide of TV host Christine Chubbuck - itself the inspiration for Sidney Lumet’s Network - as a jumping-off point, Greene casts Kate Lyn Sheil (who’s made waves outside her indie film world in Netflix’s House of Cards) as Christine in his own version of this infamous, yet little known, story.

And then the director deftly tosses aside all our expectations, ingeniously using fiction as a mere pretext not only to investigate how actors do their job, but also to gather real clues. Like an empathic detective, Greene attempts to piece together evidence of the very existence of this Sarasota, Florida television personality who’s been practically erased from history. (As a friend and co-worker of the real-life Christine notes in the film, the only reason we’re interested in her is because of how she died.) Greene makes the case that all of us - including the filmmaker himself - are complicit, are actors shaping the media narrative.

Documentary caught up with the filmmaker/editor/writer prior to the doc’s August 24th theatrical release through Grasshopper Film.

As different as this film is from 2014’s Actress, I can’t help but wonder if you have some sort of anthropological actress trilogy in the works. Can you talk a bit about what motivates you to explore this subject of actresses and their process, what makes them tick?

Robert Greene: Actors display themselves for the camera, so when you cast an actor as a subject for a documentary, there is a layering of performance and authenticity that happens for the viewer. This heightens the "reading into the image" effect that already occurs with documentary, and helps get people to think about what they’re watching—the motivations, manipulations, and the question of agency that should be on everyone’s minds when they watch nonfiction. Imagine we were told Nanook was an actor. What if all the complex thoughts we now have about Flaherty’s Nanook of the North was embedded in the actual experience of watching the movie? When you tell your audience you’re making a documentary about an actor, you’re opening up pathways for all kinds of effects, and you can exploit viewer uncertainties and questions and complexities to explore deeper questions.

My third film, Fake It So Real, was about men who were performers, so I’m not only interested in observing women who perform. But with these last two films [Actress and Kate Plays Christine], the story possibilities inherent in watching a man making a film about a woman working through domestic questions or investigating and trying to capture the unknowable added a layer of irresolvable complexity to the experience. All these swirling complications make nonfiction so elastic and exciting, and me filming actors that happen to be women elevate the ethical uncertainties and make it all the more alive, questionable, questioning and hopefully compelling for a viewer. Brandy’s story and Kate’s presence in our strange construction were already interesting and involving because they are magnetic subjects, but using the inherent quandaries of documentary pushes it all further. 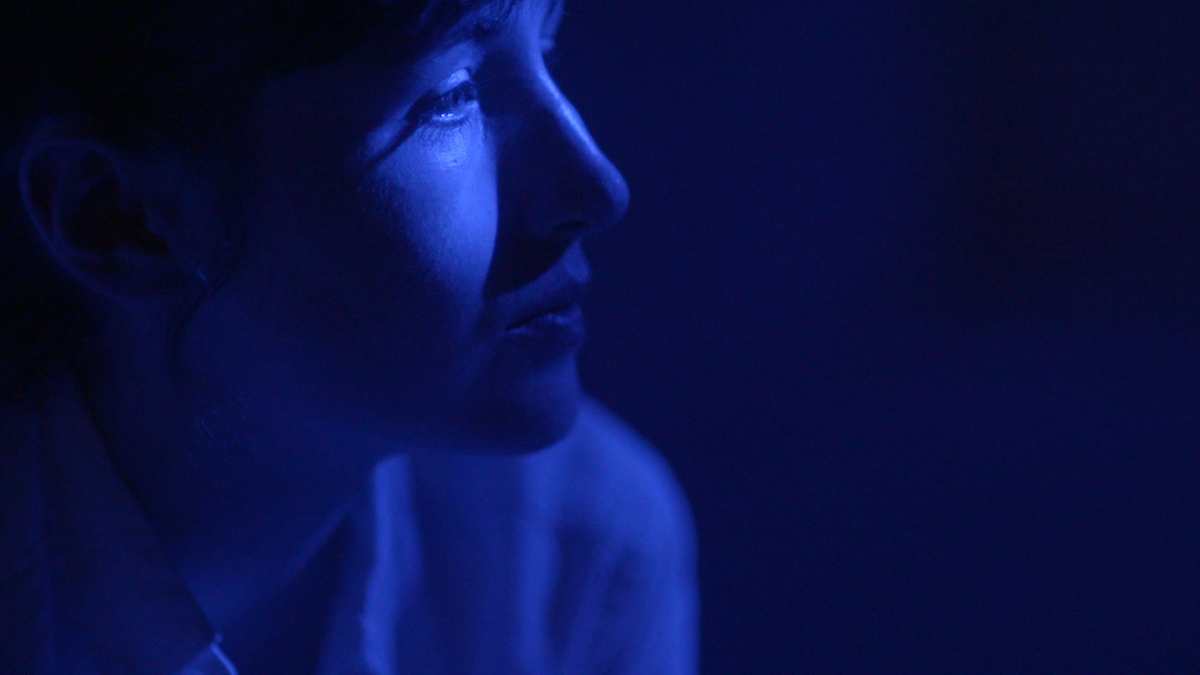 Have you seen Antonio Campos’ Christine? I haven’t, though I find it a strange coincidence that this story from so long ago is suddenly being resurrected in not one, but two, indie films this year. Any theories?

I have seen it. It’s a very different film, obviously, after different things. And it’s a very odd coincidence, certainly. I really think it’s just random. I’ve been trying to find a way to make a movie about Christine’s story for over a decade, and from what I understand, the script for Christine has been around for five years. Both teams knew about the other film, and I think it was just great that Sundance believed in both enough to give us both that platform. I wouldn’t dare try to name some grand explanation for this random coincidence, but I do think audiences will find elements of both that are immediately relevant to our hyper-performative, hyper-shared modern world, where the question of what we watch and how we consume images is as important as ever.

Can you discuss the film’s cinematic influences? One of the reasons it kept me so riveted is because it plays like a detective story, with Kate attempting to gather clues, to piece together evidence of Christine’s life.

We wanted to make a kind of psychological thriller out of documentary material to drive you into the film’s central questions: What should we see and how should we see it? How and why do people attempt to "narrativize" the unknowable? Part of this meant watching Kate go on a search for answers, for her to step into the shoes of a journalist - which is just another attempt to embody Christine in some way.

So think The Thin Blue Line, or maybe police procedurals. She’s uncovering information to play a role, of course, so it’s partly an acting-process film. The journey leads her to confront all sorts of questions about how "crazy women" are represented in movies. We were thinking of A Woman Under the Influence, Possession, schlocky sensational B movies, indie movies Kate has been in, etc. The movie-in-a-movie is weirdly campy—a bastard child of Fassbinder and TV soap operas—and the entire thing falls apart under the weight of its own interrogation, like Symbiopsychotaxiplasm. But really, we wanted to make something unto itself, a constructed box in which a documentary takes place, a film that starts with a meta-premise and burrows deep into psychological spaces.

I won’t give away the film’s tour-de-force ending, though suffice to say it serves to indict both the audience - and even more thrilling - the filmmaker. You don’t let yourself off the hook, an act far too rare in documentary filmmaking (especially of the social justice variety). Can you talk about why this was so important for you to do?

Because the whole thing is my fault. We wouldn’t be in that room without me putting us there. We wouldn’t be asking the question of "what should we see" and "how far should we take this" without me forcing us - as the director and the conceiver of this project - to do so. When we see a person get shot and killed by a police officer and it’s captured on a dashboard cam, the camera manufacturer, the cop, the YouTube uploader, you the viewer, the advertiser, the president - everyone should be thinking about how they helped manufacture that awful moment. Documentary filmmakers manufacture their own moments. We tend to think of nonfiction films as life happening and we just happen to be recording, but that’s obviously complete bullshit. We make the things happen, even if we can’t predict what will happen or how it will all transpire. The questions we raise and the things we ask you to look at - good or bad - are our responsibility as filmmakers. At the end of the movie, I’m fine with audiences thinking they’re being blamed or indicted by Kate’s words, but she was absolutely pointing the gun at me.

I remember catching Pietro Marcello's Lost and Beautiful, a masterpiece of cinematic nonfiction, back in November at CPH:DOX, and thinking that it’s simply documentary’s answer to neorealism. Just like Rossellini's use of non-actors does not make Rome, Open City a documentary, Marcello's use of a mythical leading character does not mean it's a fiction film. But I’m wondering where you personally draw the line between fiction and doc. How far is too far?

The line is unstable and it always is, whether a film makes that instability part of what she or he is doing or not. Wiseman calls his movies "reality fictions," Cassavetes was documenting actors’ faces, issue films are often heavily scripted like propaganda, etc. Whatever you’re trying to do, if you are making a film, you are necessarily making a hybrid of real and fake. We all know this! Jean Rouch taught us this! So let’s use this knowledge as a launching pad, rather than a landing place. That’s how I think of it. I assume/dream/hope that viewers are smart, and that we all start from this place of understanding about the fluidity between fiction and documentary. Or maybe we help them get there; that’s another dream. I think we shouldn’t lie; that’s my "too far." I recently read a great essay by Dirk Eitzen called "When Is a Documentary?" and he says, basically, that a documentary is something that could be lying to you. It’s all slippery and contradictory and ripe for exploration, but that seems to be a pretty good line in the sand for me.