The Doc and Journalism Discussion: The View from Sundance

While the Sundance Film Festival has earned its renown as a haven for discoveries and a launch pad for careers, its panels and discussions merit an equal dose of props for bringing together some of the best and brightest names in the business to chat in depth about issues and matters of concern to all of us.

One of the more timely panels, "Bringing Truths to Light," assembled an all-star cast of Alex Gibney, at Sundance with Going Clear; Laura Poitras, in the midst of a stellar awards season with her film Citizenfour; Marc Silver, whose film 3 ½ Minutes received its world premiere at Sundance; and moderator Bonni Cohen (The Island President), co-founder of the Catapult Fund and a sometime professor at UC Berkeley's School of Journalism.

The subject was journalism and documentary filmmaking—one that would be explored weeks later at the IDA's Doc U: The Doc Filmmaker as Journalist, as well as in the Center for Media and Social Impact's latest report, Dangerous Documentaries: Reducing Risk When Telling Truth to Power.

The 90-minute discussion ventured into questions of where the practices of journalism and documentary-making converge, and where they differ; whether documentary makers ought to be afforded similar protections and rights that journalists have; what documentary makers owe to their subjects and sources—and supporters; and whose truth is it, anyway, or is ambiguity the desired outcome.

"I'm not sure if it's a blurry line," Poitras maintained, about how the two practices distinguish themselves. "Actually, it's additive. What we do as documentary makers is visual journalism. It's about what we communicate with images, beyond words. It's journalism plus: It's journalism and storytelling; it's journalism and trying to get at larger questions about the human condition. It's not just about specifics and telling the facts, but about telling the facts and revealing something that provides insights that are more lasting than the facts. So I define myself as a visual journalist.

"In terms of working with the Snowden material, I did shift gears," Poitras continued, referring to the making of Citizenfour. "When he contacted me about those documents, that was going to be a news story. I was working with a news organization; in that sense I was more straightforward in print, and I was reaching out to people who had that expertise. But once he had made a choice to go forward, I was definitely a documentary filmmaker; I'm documenting this journalistic encounter that allowed me to edit into a longer form piece. This is a moment in journalism that's quite extraordinary, and I wanted to capture it. It's a lasting record, not just about NSA disclosures but about how journalism works, about people who take risks. It becomes about bigger themes. So I did shift gears between doing print journalism and working as a filmmaker, but I feel very strongly that documentary-making is journalism plus other things. We don't make films to break news; we hopefully make lasting narratives that can be returned to and we can get insight from." 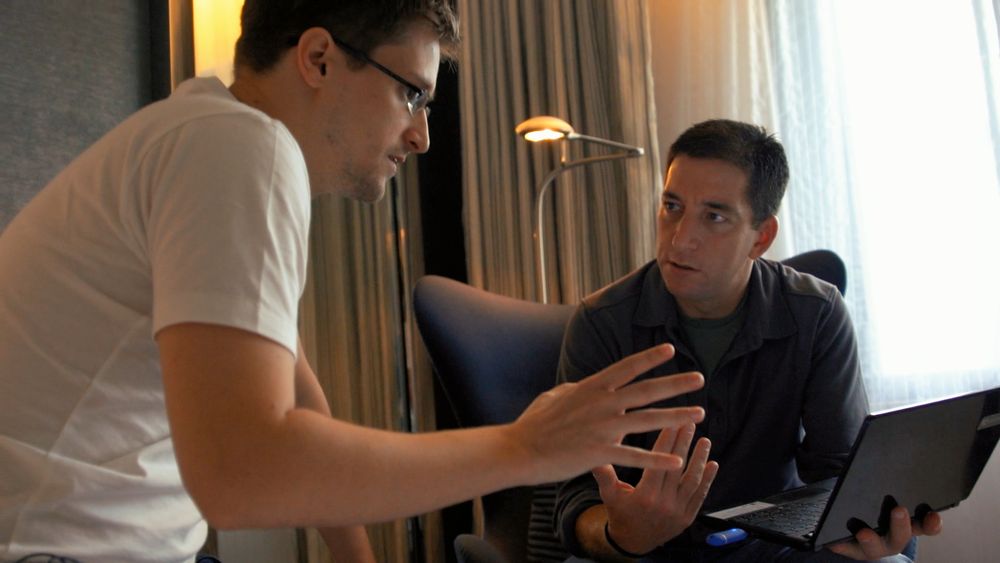 "I'm a filmmaker with journalistic baggage," Gibney quipped, about how he identifies himself. "I've written investigative pieces in print, but as a filmmaker, I want to make something in the visual medium that resonates that way and stands the test of time."

"I started to realize that whatever is on the surface is one layer," Silver noted. "The journalistic layer is always at the base, but I want to layer that with the visual language on top of the journalism language and hope that a combination of those things would lead to timelessness."

Over the years, we've witnessed case studies such as Joe Berlinger and his battle with Chevron over his footage for Crude, and Ken Burns, Sarah Burns and David McMahon and their clashes with the City of New York over content of The Central Park Five. As more of these cases come to light, the common ground between the documentary and journalism practices is more apparent—and more crucial to define; consequently, the protections and rights accorded to journalists, the panelists argued, ought to apply to documentary makers as well.

"The idea of journalism should be expansive," Gibney maintained. "The idea that you have to work for the Washington Post to be a journalist is just wrong. There are obligations as filmmakers or as journalists to abide by certain rules in order to be afforded some of those protections. And often there are trade-offs. I've been subpoenaed for my footage a number of times, and I've been lucky enough in cases to have beaten back those subpoenas. But there's no federal shield law, and sometimes you have to think very hard about whether by protecting your material forcefully, you're doing the right thing. Or in the context of a criminal trial, where somebody might go to jail for ten years, is it appropriate in a limited way to release some material?"

Silver's film 3 ½ Minutes documents the 2012 murder of an unarmed African-American teenager in Jacksonville, Florida, by a white man, and his subsequent trial and conviction. Silver, who is based in the UK, affiliated with an association of journalists there, which enabled him to secure a visa and facilitate his passage through US Customs on his many trips to and from the US. "I couldn't have applied for that visa if I had just said I was a filmmaker," Silver explained. "Now that I've started thinking about it, it doesn't make sense that filmmakers aren't afforded the same protections as journalists."

Poitras cited James Rison of The New York Times as someone who "was prepared to go to jail to protect his sources. As documentary filmmakers, we need to make those same commitments—that we will defend the sources that we work with if we want to be accorded the kind of protections."

For Poitras, her mastery of encryption technology not only enabled her to do her work most effectively, but she found that she knew more than most news agencies about the technological side of journalistic protection. "It's one thing to talk about our commitment to protect our sources, but it's another to talk about expanding technologies that can compromise sources," she maintained. "The New York Times outsources their email service to Google, which means they're very exposed if they get a subpoena; it shows up at Google. That makes it very convenient for the government when they're doing a leak investigation. That shifting landscape of digital footprints can undermine our work; that's new territory that needs to be explored and major news organizations need to look into. We need to protect our source material and create technological barriers for that information to be secured."

Cohen noted that filmmakers venture deeper into the humanity of a given character than what might be shown in the news, citing a choice by Gibney when he made Client Nine: The Rise and Fall of Eliot Spitzer to employ an actress to play the part of Spitzer's escort—who had not wanted to be filmed, but did consent to an audio interview. Gibney avoided the default option in these instances—showing the person in shadow and altering the voice—because, "It didn't represent who she was. She was one of the few truth-tellers. It was far more truthful to do it this way."

Cohen also pointed out how Poitras made Snowden a more human character than the media had portrayed him. "It's a symptom of the media itself," Poitras countered. "It dehumanizes people. We're making films about human beings; it's the act of undoing dehumanization that's the unique thing we can do."

"I feel that what we do is ‘rehumanizing,' since the media does so much dehumanizing," Silver added. "The act of rehumanization is a form of activism." He had access to audio tapes of phone conversations between Michael Dunn—who was tried for and eventually convicted of the murder of Jordan Davis—and his fiancée. Because Dunn was incarcerated at the time, Silver was not able to get an interview with him. However, the State of Florida allowed for public access to recordings of Dunn's phone conversations; through these phone calls, Silver was able to craft a truth about Dunn's character and how it evolved after the shooting.

"There were so many parallel, so-called truths going on in this film," Silver observed. "As I was sitting through the trial, I realized it was about who was the best storyteller in the room. There were multiple versions of the so-called truth going on. We also had access to Dunn's initial police interview. We had this palette of different versions of the same story. All told different things, but they actually ended up telling the same truth."

"A professor of mine once said, 'Embrace the contradictions,'" Gibney noted. "People are very contradictory; sometimes they'll tell you truths by accident or lie on purpose. In the cutting room I have to exercise far more discipline sometimes on the basis of that."

Silver later countered that the dynamics of his relationship with his subjects didn't change as much from the field to the cutting room. "People don't perceive me as journalist," he explained. "Trust and truth are based on relationships I have with people. That doesn't change the feeling and responsibilities; I would not want to let that go in the cutting room.

"I have the luxury of not perceiving myself as a journalist," Silver continued. "The people I'm making films with or about understand journalism as something quick and factual, a getting-in-and-out, parachute-type culture. And I'm just hanging out. The power of that relationship leads to a deep sense of trust and somehow that feeds through to the final version of the film. Audiences can react to that intimacy and trust; that's the power of empathy."

And it's a testament to the power in independent documentary filmmaking, and while the three panelists had varying degrees of support from power players like HBO, Participant Media and BritDoc, these players were sensible enough to afford the filmmakers the freedom they needed to deliver the kind of distinctive films they made. But, as Gibney pointed out, "It imposes a higher level of responsibility that we're reckoning honestly with all the people who are behind us and make sure we do the right thing so more of these films can be made in the future."