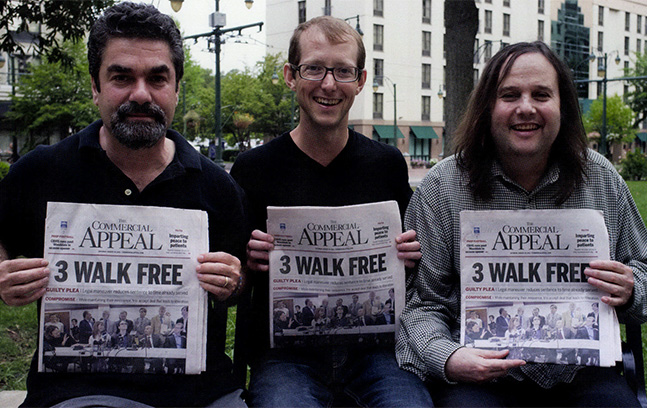 Over the next few weeks, we at IDA will be introducing our community to the films that have been honored by the Academy of Motion Picture Arts and Sciences with an Oscar® nomination. This piece was originally published in the Winter issue of Documentary magazine.

Paradise Lost 3: Purgatory, the newest film in the Paradise Lost series about the trial, conviction, sentencing and incarceration--and, ultimately, release--of Jason Baldwin, Damien Echols and Jessie Misskelley Jr. for the 1993 murders of three children in West Memphis, Arkansas, will air January 12, 2012, on HBO. The film was originally set to broadcast in November 2011, but the case took an unexpected turn when the so-called West Memphis Three were freed on August 19, 2011, after serving 18 years for a crime they maintain they did not commit. This is a complicated case, but what is certain is that the Paradise Lost series, by filmmakers Joe Berlinger and Bruce Sinofsky, has played a crucial role in keeping the case in the public eye and helping the defendants to be released from prison. "Bruce, Joe, Jonathan [Silberberg, producer of Paradise Lost 3] and everybody are the heroes in this," says Baldwin. "They opened the door for everybody else to stand up and fight for this case."

If you'd asked Berlinger 20 years ago--before the Paradise Lost series--about the role of advocacy in filmmaking, he would have said that he's a filmmaker first, a journalist second, and, at best, an incidental advocate.

Paradise Lost has changed all that.

The story of Paradise Lost began in 1993, when Berlinger and Sinofsky received a clipping from Sheila Nevins at HBO about three eight-year-old boys who had been raped and brutally murdered as part of a satanic cult ritual, and three teenagers who had been arrested in connection with the crime. "Back in the days of news clippings," recalls Berlinger, "this story had been picked up by the news wire and was buried somewhere in the back of The New York Times." Nevins thought this might make a compelling story and she approached the filmmakers, who had recently completed Brothers Keeper, about the trial of an elderly farmer accused of murdering his brother. Berlinger and Sinofsky flew to West Memphis, Arkansas, intending to film a cinema vérité portrayal of disaffected youth and the motivation to commit such a heinous crime.

Berlinger and Sinofsky began the project thinking that the suspects were guilty. But in the nearly eight months they spent filming in the community before the trial began, they were convinced that the Arkansas authorities were railroading three innocent teenagers.

The media played a significant role in how the three suspects were perceived: They were portrayed as devil worshippers who dressed in black, had long hair and listened to hard rock music. At the time, a local newspaper printed a transcription of Misskelley's confession to the murders, never mentioning the leading questions, coercion and misconduct involved in securing that confession. The jury pool was polluted.

Berlinger recalls that when Paradise Lost: The Child Murders at Robin Hood Hills was released in 1996, the filmmakers were excited because they thought the film was going to "blow the case out of the water," says Berlinger. "We thought it was going to do for the West Memphis Three what Errol Morris and The Thin Blue Line did for Randall Dale Adams."

In fact, the filmmakers were frustrated that discussion about the film never transitioned from the entertainment pages to the editorial pages. Although Paradise Lost was a popular and critical success--premiering at Sundance, garnering a Primetime Emmy Award and a Peabody Award, and generating international support for the West Memphis Three--Baldwin, Echols and Misskelley were still languishing in prison (Echols had been sentenced to death by lethal injection; his co-defendants were serving life sentences.).

"I was literally haunted by the case," says Berlinger, who became a father while making Paradise Lost. "With every passing stage of life, such as my child's first steps, the first day of kindergarten, etc., I would think, ‘These guys are still rotting in prison.'"

So, says Berlinger, it was an obvious choice to make the second film. Paradise Lost 2: Revelations was shot in 1998 and1999 and released in 2000, and whereas the filmmakers got complete access and full participation from both sides of the case for the first film, they were barred, along with all media camerapeople, from filming in the courtroom, and a number of individuals refused to be part of the second film. With little in the way of an actual story, Berlinger and Sinofsky focused their attention on Mark Byers, the brash, outspoken stepfather of one of the victims. Byers had become a person of interest among West Memphis Three supporters. The prosecutors were convinced they had done due diligence and had convicted the right people, but Paradise Lost had raised questions, convincing many people that the defendants were innocent and the real killer was still out there. In Paradise Lost 2, Byers takes and passes a lie detector test.

Looking back on Paradise Lost 2, Berlinger says that the film was driven more by advocacy than by storytelling or filmmaking aesthetic, and the film suffers as a result.

Had there not been a desire to continue shining a light on the case, the film wouldn't have been made.

Berlinger admits that he was "banging people over the head with a point of view," and maintains that the first film was so persuasive because it allowed people to reach their own conclusions. As a result the case attracted powerful grassroots and celebrity support, which in turn inspired WM3.org, a fundraising mechanism for the West Memphis Three.

In 2003, after completing another project, Metallica: Some Kind of Monster, Berlinger and Sinofsky started talking about making Paradise Lost 3. Production began in 2004 and long stretches of time would go by without much happening. But financial backing from such celebrities as Eddie Vedder, Johnny Depp, Natalie Maines and Peter Jackson enabled the defendants and their legal team to continue seeking evidence. In fact, it was after Jackson saw Paradise Lost in 2005 that he got involved with the case and began funding both forensic tests and legal counsel. Subsequently, sophisticated examination of DNA furnished by Baldwin, Echols and Misskelley ruled out their connection to any of the victims or the crime scene.

This was a turning point in the case.

The results of the DNA tests were made public in 2007, at which point Mark Byers changed his mind and publicly said he believed the defendants were innocent.

The DNA tests also revealed that Terry Hobbs, the stepfather of another one of the victims, could possibly be connected to the crime scene. "Mark Byers changed his opinion in 2007 because of DNA, but now you'll see he's very quick to point at another stepfather," says Berlinger, adding this is something people should ponder in the third film.

Another turning point in the case came in late 2010, when the Arkansas Supreme Court ruled for the first time that the West Memphis Three were entitled to a new evidentiary hearing, at which time new evidence, including the DNA tests, would be admissible. This hearing was set to take place in December 2011.

This was a historic moment--and, as it turned out, the right time to release Paradise Lost 3. HBO would broadcast the film in November 2011, just before the evidentiary hearing, to call attention to the case. And the prosecution was running scared.

"I believe they [the State of Arkansas] know we're innocent," says Baldwin. "They knew the films recorded things accurately and presented [them] in a way that wasn't slanderous or untrue. They knew that because of the film, we would get a fair jury pool--or that the possibility was there. We definitely had better attorneys that weren't afraid to fight back and rock the boat. The State knew that with the new film, all our alibis and all the forensic evidence, we would win."

The filmmakers got ready to finish Paradise Lost 3.

All along, the challenge had been to find the story, come up with a dramatic arc and condense 18 years into two hours. Additionally, they had to find a way to hook two disparate audiences--those who had never seen the other films, and those who were already deeply involved in the case.

This third film retells essential details stated in the previous films, but also includes never-before-seen outtake footage. Berlinger explains, "You're looking at old information through new eyes with the 18-year passage of time." The old 16mm outtakes "have scratch marks and grease pencil markings," the legacy of editing Paradise Lost on a Steenbeck. Berlinger recounts that it was an enormous challenge to go back and forth in time, but the grainy footage turned out to be a great device for helping people know what time period they are watching.

Berlinger affirms that Paradise Lost 3 has a "tremendous level of filmmaking maturity," combining storytelling and advocacy. "If you've never seen any of the films, it's a riveting, real-life, hugely dramatic film. But it was born out of advocacy, and the main purpose was to continue to help these guys."

In August 2011, the filmmakers were in the sound mix when they got a call--off the record--that something huge was going to happen and they should get down to Arkansas by Friday of that week. "It's as big as it gets," they were told. And on Friday, August 19, the West Memphis Three were freed ahead of the proposed evidentiary hearing scheduled for December.

This obviously called for a new ending to Paradise Lost 3. Throughout the editing process, Berlinger worked intensively with editor Alyse Spiegel (who also edited his 2009 film Crude). Paradise Lost 3 originally ended on a positive note, highlighting the upcoming evidentiary hearing. Title cards explained that this was the last chance for Damien Echols, who was on death row, to appeal his case. The new ending is 12 minutes long and covers the release of the West Memphis Three. In truth, the end is bittersweet, as the defendants agreed to be released under the Alford Plea, a rarely used law under which they had to "plead guilty while maintaining their innocence"-which flies in the face of the precepts of justice.

"I think the film is the catalyst to what saved Damien's life," says Baldwin, who has publicly stated that he did not want to take the Alford plea, but did so to help Echols. "If it weren't for the films and all the investigations that came after--as unfair as the deal was--our release still came about because of [the films]."

Will there be a Paradise Lost 4? Berlinger says probably not. "Making these films was a very emotionally draining, dark, sad, but ultimately triumphant experience. I feel like it's the end of an era, and emotionally it's time to move on." But, if Sheila Nevins believes there's a film, the filmmakers won't close the door on the opportunity.

Berlinger says Paradise Lost 4 could be about one of two things: adjustment to life out of prison, which he is not interested in doing, or finding the real killer. "There's no room for innuendo, so unless we can make a film and say, ‘This is the killer and here's why,' I'm not sure there is a worthy Paradise Lost 4," he says, adding, "Even though the West Memphis Three are out of prison, Arkansas should be embarrassed. We want the West Memphis Three fully exonerated."

Laura Almo is a writer and documentary filmmaker. She teaches video editing at El Camino College in Torrance, CA and is a frequent contributor to Editors Guild Magazine. Almo is on the Los Angeles steering committee of Human Rights Watch and continues to work with the International Center for Transitional Justice. She is contributing editor with Documentary Magazine. Laura Almo can be reached at lauraalmo@mac.com. 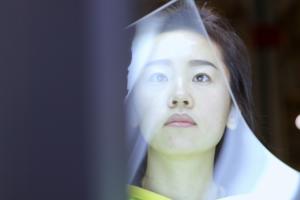 Aug. 21, 2019Online Feature
American Factory: Made in the USA, Sort Of…
Read More 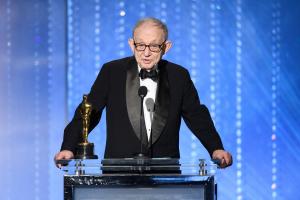 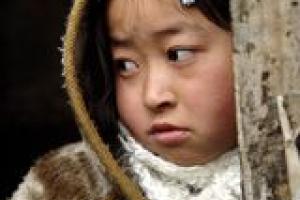 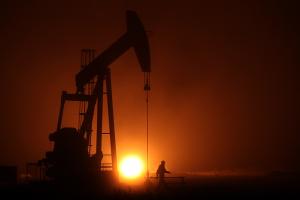 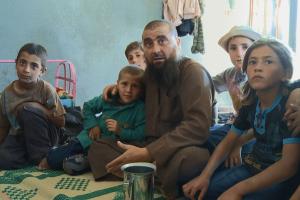