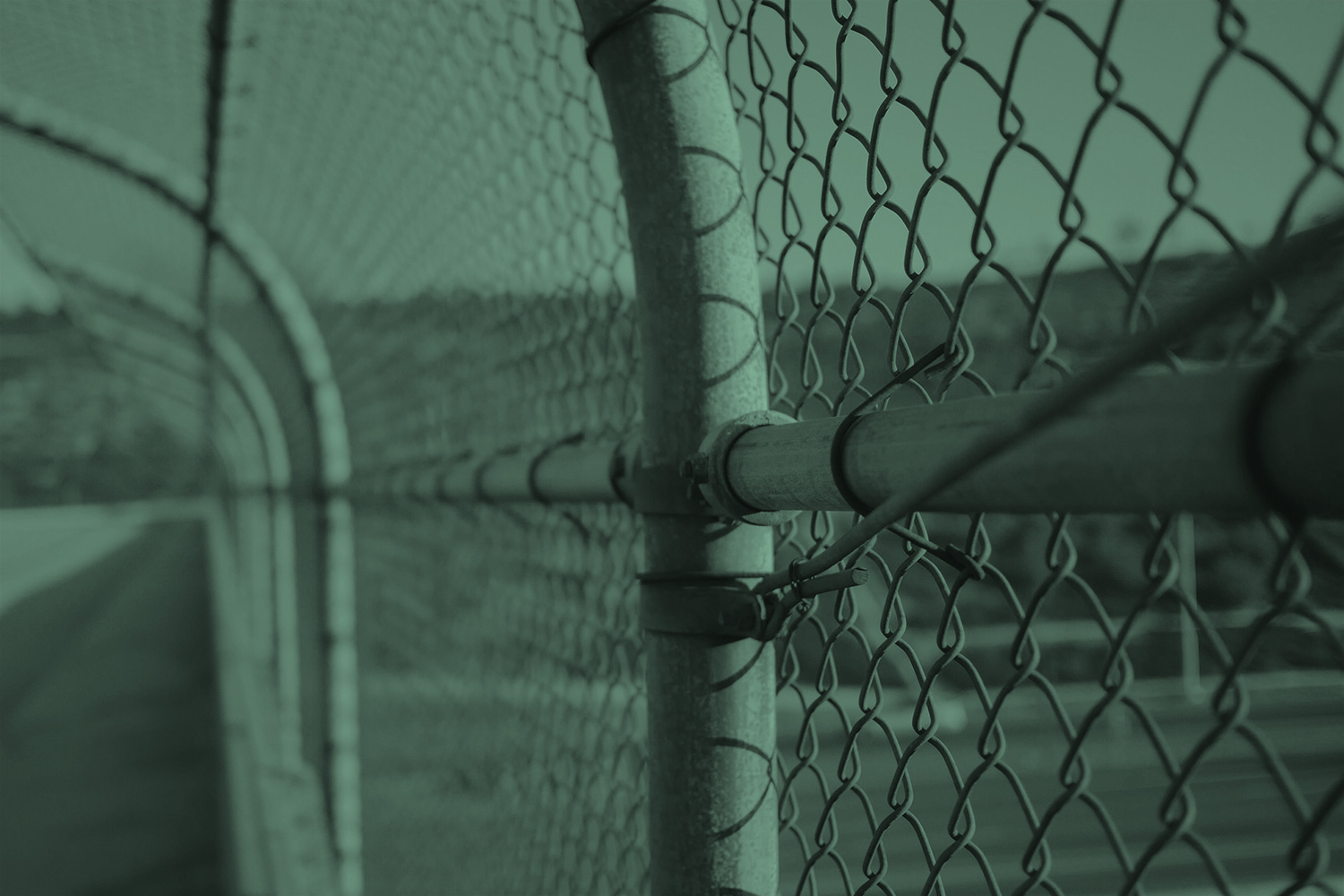 By Patricia Aufderheide and Peter Jaszi

Documentary filmmakers in the US routinely employ fair use—the right to limited use of unpermissioned copyrighted material—in their films. Since the Documentary Filmmakers Statement of Best Practices in Fair Use was created in 2005, errors and omissions insurers have routinely accepted their claims. Fair use makes possible archival work like Gordon Quinn’s’63 Boycott, critical films like Barbara Kopple’s Gun Crazy, films that include accidentally captured footage like Bing Liu’s Minding the Gap, and much, much more.

But how does fair use work in a global production environment?

All copyright law is national law; it applies to people and companies within that country. So in the US, fair use exists because of our legislation and court decisions. Other nations may not have fair use. But within the US, fair use applies to use of materials that come from anywhere. Are you making a doc about Bollywood for a US audience, and wanting to quote from Indian movies? Consider fair use—and its limitations. (The Documentary Filmmakers Statement of Best Practices in Fair Use can help.)

But what about your co-director, an Indian national? The good news here is that anyone from anywhere who is working on the project can rely on it to the same extent you can. More generally, international creators whose work is distributed in the US have access to fair use if challenged, even if they come from countries whose own laws don’t contain a similar provision.

By contrast, if you’re making a film in the US, but targeting theatrical or broadcast markets in particular foreign countries, you may want to take account of their laws, and consider securing E&O insurance that provides international coverage.

What about Web-based work, which has the potential to go everywhere? Makers who are working in the US, with a US-based website, needn't worry much about being held to account under stricter different foreign legal standards. We haven’t seen any lawsuits on this topic.

Here’s a not-too-well-kept secret about working in a global environment: The most important reason that US creators and the businesses they interact with routinely rely on fair use in a globalized information environment has more to do with risk assessment than law. Copyright litigation is far less common in other countries than it is in the United States. Besides, most other countries do not have the same provisions for heavy penalties (in the form of so-called “statutory damages”), that make a wrong call on fair use potentially risky in the United States. Finally, in many cases, the local exceptions and limitations provisions of other nations’ copyright laws might very well produce results similar to those that fair use yields in the US.

But what if you are making a doc in another country? Most other nations’ copyright laws also contain significant exemptions for creators whose new work makes contextual, value-added uses of copyrighted material. And understandably so. Just as fair use does in the US, these national law exceptions provide critically important breathing room for new creativity while still giving meaningful protection to existing work.

So international makers need to know the law of their own countries. Among the nations of the world, there are three general approaches to limitations and exceptions. US-style fair use is used in a small but growing group of countries—the Philippines, Israel, South Korea and Singapore among them. Other nations, including Australia, New Zealand, South Africa, Nigeria and Hong Kong, are debating whether to adopt fair use or something like it. If they do adopt fair use, it will coexist with a variety of more specific exemptions, such as those covering the needs of libraries, education, and people with disabilities—just as happens in the US.

A second approach to exceptions is common throughout the British Commonwealth nations and in other former British colonies. This approach combines specific exceptions with a provision allowing for permission-less use in unanticipated situations, based on interest-balancing. Unlike fair use, however, these so-called “fair dealing” provisions apply only within a range of designated statutory categories, typically including news reporting, teaching, research and private study, and sometimes also criticism and parody. The more the kinds of uses are included, and the more generous the courts are in interpreting the categories, the more useful fair dealing is to creators. Historically, many of the uses that artists, remixers, video makers and documentary filmmakers want to make haven’t been covered.

But fair dealing interpretation is moving in the direction of greater flexibility. Recent changes in UK law substantially expanded the range of covered uses. Filmmakers will be especially interested in the decision to extend the reach of fair dealing beyond critique to “quotation” of all kinds.

Canadian fair dealing has also been expanded. Canadian Supreme Court rulings recently interpreted fair dealing expansively, because of public interest in access to information. Kenyan courts, according to scholar Victor Nzomo, have taken a similar route, interpreting fair dealing in terms that evoke fair use because, as one judicial decision put it, “The difference is disappearing.”

A third approach, common in continental Europe and other “civil law countries,” is to anticipate the needs of users (and the public) by including longer lists of specific exceptions and limitations in legislation. Here, too, there’s a trend toward interpreting such statutory exceptions and limitations more liberally. Specific exceptions may concern not only certain library or educational uses, but also critical commentary, parody, pastiche, incidental use and (in many countries) “fair quotation.” Added up, these exceptions can be very useful to documentary makers.

Meanwhile in Brazil, copyright scholar Allan Rocha de Souza reported that since 1988 the country’s courts, including its leading tribunals, have been pioneering expansion of exceptions without any specific new law, reasoning that a fairness-based approach to exceptions should apply in situations that are analogous to those recognized in the statute.

The law is always in flux, and individuals and organizations that use their rights can have an important influence. The US has emerged as a world leader in promoting long and strong copyright, and US official “copyright diplomacy” actively promotes it around the world. In general, the US government has done less to spread the word about the value of fair use. Policymakers in other countries need to know that US copyright policy works because strong protection is balanced with meaningful exceptions—clearing a space for artistic as well as technological innovation.

US documentary filmmakers have already played an important role in international legal reform. Changes in interpretation of Canadian law received the support of Canadian filmmakers, who learned about the American experience of fair use, partly through events at the documentary film festival Hot Docs. The Canadian documentarians were drawn to the way in which filmmakers had been able to help themselves. Through the national membership organization Documentary Organization of Canada, and with the help of Canadian legal scholar David Fewer and others, they conducted a member survey, and then joined with others in successfully pressing for broader recognition of users rights under the rubric of fair dealing. Creative communities in Europe have been aware of both the ways in which a US-style fair use doctrine might work to their and the larger culture’s benefit. Organizations such as the European Documentary Network have placed more flexible exceptions on their policy agendas.

International documentarians can also explore how far their current user rights extend.  For instance, opportunity knocks in Scandinavia. At a conference of Scandinavian filmmakers and programmers in Norway, Dutch legal scholar Bernt Hugenholtz pointed to the broadly worded and little interpreted “right of quotation” memorialized in the leading international copyright treaty, the Berne Convention, and recognized in countries ranging from Poland to South Africa—including all the Scandinavian countries. This is a space of freedom that documentary filmmakers can claim now, through the development of best practices like those their US counterparts devised back in 2005.

Copyright won’t stop being complicated, especially across international boundaries. But documentary filmmakers have been pioneers in exploring the flexibility of exceptions, and they can continue to do so.

Patricia Aufderheide is University Professor in the School of Communication at American University, and Peter Jaszi is Emeritus Professor at the university’s law school. This article was adapted from a chapter in the second edition of Aufderheide and Jaszi’s Reclaiming Fair Use: How to Put Balance Back in Copyright (University of Chicago Press, 2018). The second edition describes the profound shift in practice and law in the decade since the first edition, which described the beginning of that shift. The transformation of documentary film practice is a central feature of the second edition.

END_OF_DOCUMENT_TOKEN_TO_BE_REPLACED

Clip Show: A Practical Guide to Fair Use

Letters to the Editor: Give Fair Use a Fair Shake