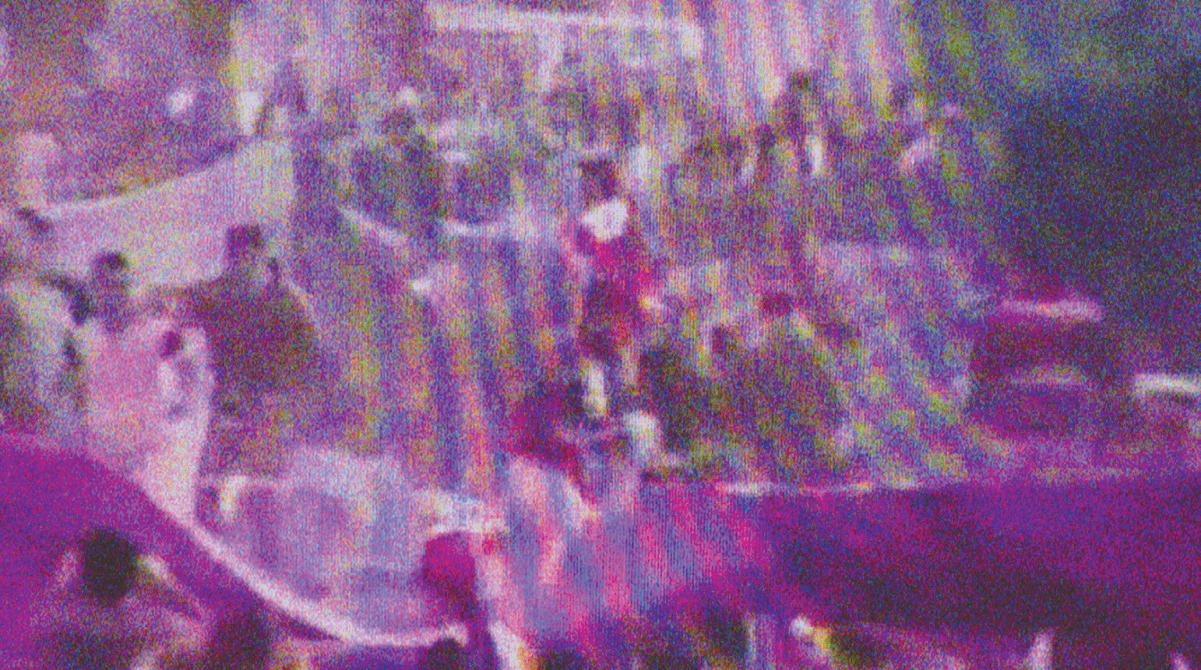 The 22nd annual Ji.hlava International Documentary Film Festival in the Czech Republic ran October 25 - 30. It took one Lyft, two planes and one festival car for a total of close to 20 hours of travel--but it was well worth it! I’ve traveled to Europe before--to Iceland and Ireland--but this was my first visit to a former Eastern Bloc country. I grew up during the Cold War, so I was eager to experience this part of the world. I am also a classical music fan, and the opportunity to visit Gustav Mahler’s hometown was a bonus.

The festival grew out of the Velvet Revolution in 1989, which led to a peaceful transition of power and democracy in that region, and the partition of Czechoslovakia into two nations: the Czech Republic and the Slovak Republic. At the time, Marke Hovorka, the director of the festival, was in high school. He and his classmates wanted to bring speakers to Jihlava, an industrial town two hours south of Prague. Several of the guests included many of the leading Czech documentarians of that time. The festival is now the largest documentary showcase in Central and Eastern Europe, and its producers present consistently innovative and avant-garde work that continues to challenge traditional nonfiction forms.

I flew into Václav Havel Airport Prague, where the festival driver met me and indulged me in my rudimentary attempts at Czech as we waited for one other passenger before heading to Jihlava. To my delight and surprise, that person was the acclaimed director, producer and screenwriter Krzysztof Zanussi, who playfully lamented when he discovered he was the sole juror for the main international section, Opus Bonum, “What will I do if I disagree with myself?”

Jihlava is the oldest silver-mining town in the Czech Republic. Founded in the 13th century, the town's architecture reflects the Gothic, Baroque and Renaissance eras. Festival venues were scattered throughout the town. In addition to the requisite map and signage, festival programmers were kind enough to paint trails of a single white line to guide patrons from venue to venue.

The theme for this year’s festival was migration and memory, and the films explored the ways in which memory shifts, changes and brings clarity when reexamined. Although I attended the festival as press, I was invited to moderate the Q&As for six films: two from the First Lights section that were vying for the Best Debut Documentary; one from the Short Joy section and competing for Best Short Documentary Film; one contender for Best Central and Eastern European Documentary in the Between the Seas section; and two Best World Documentary entrants from the Opus Bonum section.

From the First Lights section, The Paradise, by director Dulce Ferreira Sanchez and producer Guillermo Brinkman, was the perfect illustration of how the personal is political. Sanchez dives into her family archive, chronicling her family’s happy, raucous family celebrations over 15 years, and she gradually weaves in archival footage documenting Hugo Chavez’s rise to power in Venezuela. Sanchez allows the images and sounds to speak for themselves but offers occasional commentary on how the changing political situation impacted her family. During the latter third of the film, she returns the audience to the now-familiar home, which is now empty and eerily quiet. The sounds of family celebrations and political change are replaced by the lapping water in a fountain, a barking dog and a ticking grandfather clock. One can’t help but feel a sense of emptiness, loss, longing and resignation.

Joële Walinga's God Straightens Legs, also part of First Lights, is a love letter from a daughter to her mother. Walinga turns the camera on her mother, Renée, a Canadian who now lives in the Southern United States--and is contending with a recent diagnosis of advanced breast cancer. Renée negotiates with American insurance companies; navigates her day-to-day existence, which is initially limited to her upstairs bedroom; talks about her diagnosis; and turns to her faith to provide comfort and healing to her body, mind and spirit. Although the film focuses on Renée, it also reflects her daughter’s views. The most compelling scene of God Straightens Legs happens when Renée finally feels up to receiving friends from her prayer circle in her downstairs living room. Threads of conversation about the mundane, Renée’s recovery, and platitudes of faith are soon punctuated by an impromptu rainstorm. The voices and rain merge into a cacophonous wall of sound as the camera moves around the room from woman to woman. When asked in the Q&A about her inspiration for cutting the scene, Walinga stated, “I remember prayer meetings at our house where the group would pray in tongues, everyone praying over each other, louder than each other. I flashed back to those moments with this scene. This torrential rainstorm hit in the middle of their meeting that day and they went on with their discussions as if the water wasn’t pounding against the windows. The power of their faith is so overwhelming and all-consuming, and the conceit of the film really culminates in this moment: while I am worried for her health, overwhelmed by the storm, she is calm. She has no fear.”

Yanlin Li’s Beyond the World, a Short Joy selection, was perhaps the most ethnographic of the films I saw at Ji.hlava. Originally from China, Li studies documentary film at Edinburgh College of Art. The skeptical Li is introduced to a psychic medium, who prompts her to revisit memories of her deceased grandmother and her relationship with a spirit named Gong. Through archival footage, photographs, interviews with her aunt, and other present-day footage, Li eloquently demonstrates how spending time in another country can help us embrace parts of ourselves and our histories that have been previously overlooked. 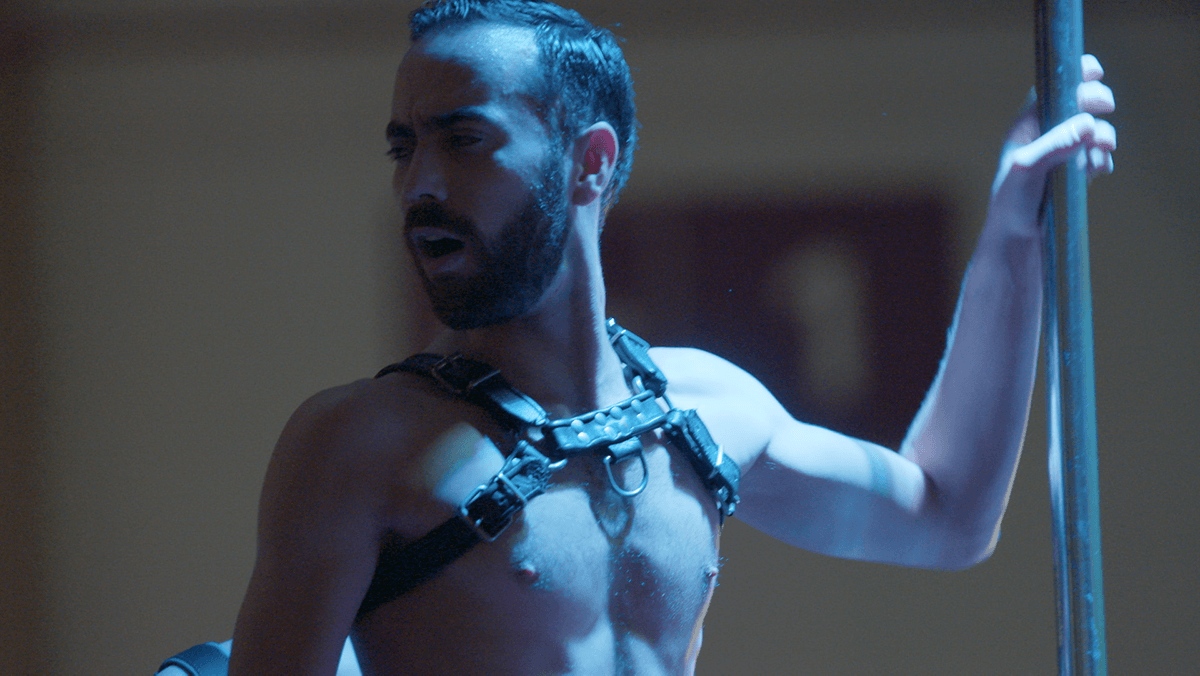 In the Opus Bonum film Things We Do Not Say, director Ali Razi uses footage from a past incomplete staging of Macbeth in Iran to explore the hopes of a young actress as she experiences the 2009 presidential election and the protests that followed. Razi’s deeply personal meditation, which combines past and present footage, provides a commentary not only on memory but also on how the performance of memory can lead to a greater understanding and resolution. During the Q&A, Razi described Macbeth as the perfect vehicle to tell the story of what happens when power is sought for power’s sake.

Ji.hlava is known for screening the best in experimental documentaries, and The Betrayed Square certainly filled the bill. Directed by the MML Collective--which includes Gilles Lepore and Stéphane Montavon from Switzerland and brothers Michał Mądracki and Maciej Mądracki from Poland--the film was part of the Between the Seas competition. During the 2011 Arab Spring, Montavon was in Egypt filming in Tahrir Square. While there, his camera was confiscated by local authorities. Having authored dozens of sonic and audio installations, he turned instead to recording the sounds of the unfolding events. Years later, Montavon and the MML Collective returned to film additional footage and pull material from the Internet that was shot by activists. The filmmakers made a deliberate and unique choice, and Montavon worked tirelessly on the haunting soundscape. Once that was complete, the distressed visuals were assembled for the film. The result is a work that allows both the sound and visuals to hold equal space. The beautiful dissonance of the evocative sounds draws one into a sensory experience that offers a new way to see and, more importantly, hear those critical events.

I also attended the Emerging Producers public forum. Since 2013, the program has provided opportunities for over 112 European producers. Free from the pressure of pitching, fellows are permitted to engage with one another, industry professionals and documentary film-lovers about their past and upcoming work. One standout was UK-based Victoria Thomas. A trained attorney and journalist, she is producing her first feature, Born in New York, Raised in Paris, which chronicles the rise in hip-hop in France and how the music frames a Black identity in that country and the not-so-subtle racist backlash from the country’s elite. 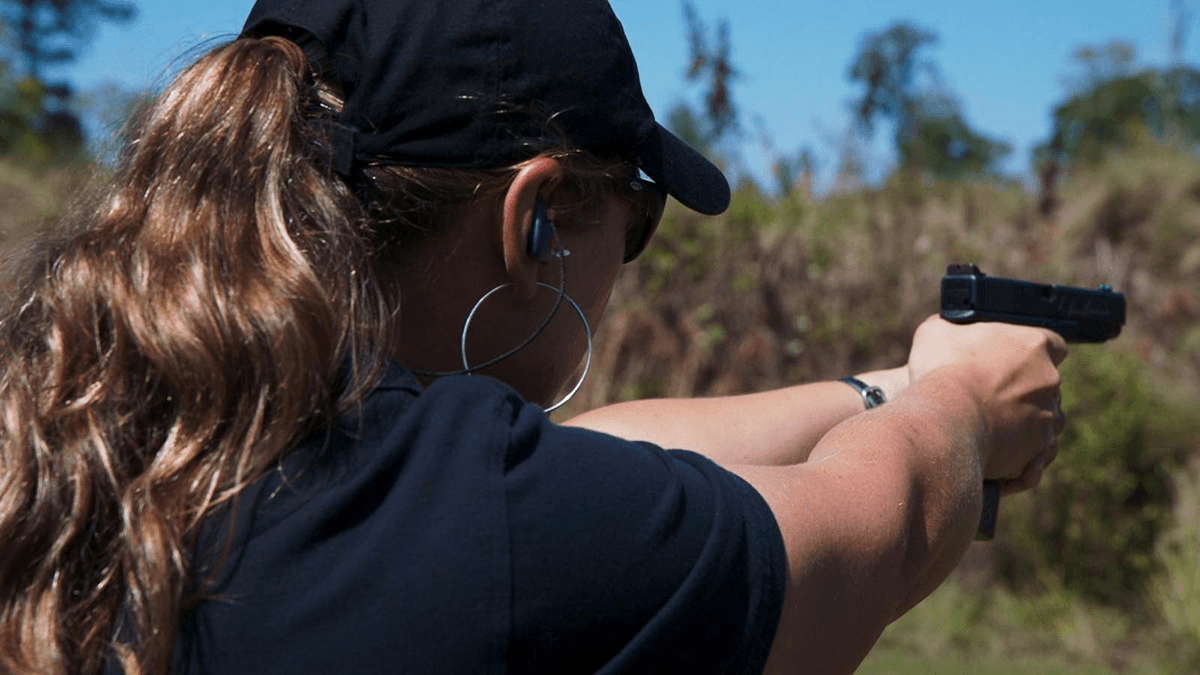 During a daily press brunch, I met Fritz Ofner, whose film Weapon of Choice was part of the Testimony on Politics competition. Ofner’s film, rooted in investigative journalism, is an expose on the Glock, which is manufactured solely in two factories in Deutsch-Wagram, Austria.  Popularized in gangsta rap, and the weapon of choice in many mass shootings in the United States (including the most recent in Thousand Oaks, California), the Glock has had an unprecedented impact on American culture, yet before this film virtually nothing was known about the manufacturer. One reason for this is that Glock as a company is very aggressive towards journalists who have tried to report about them.

Ofner interviewed everyone from former Glock employees, journalists, townspeople and government officials to actual arms dealers. One arms dealer offered Ofner a “job,” touting his expertise garnered during the making of the film as a major asset. Even though the project could have easily been a series, considering the many plot twists and turns, the Austrian Film Board hasn’t quite caught up to the rapidly changing documentary field, and only funds features and shorts. Ofner has also faced many legal challenges since the film’s festival premiere, and he has had to fight these lawsuits out of pocket.

I was able to attend one of the events that were part of the Offscreen Program. Radu Malfatti performed at the Church of the Holy Spirit, which was originally built in 1572. The cozy venue was perfect for the ultraminimalist musical stylings. While attendees lounged in bean bags and chairs and packed the back of the church, Malfatti performed on a variety of instruments, often playing just singular notes that echoed along with the quiet sounds of the audience and the falling rain outside to create a meditative experience that was distinct from the frenzy of a film festival.

Where most festivals are primarily attended by filmmakers and industry, Ji.hlava is unmatched in its number of documentary fans. One woman I met was from the United States but had lived in Europe for over 30 years. She currently lives in Prague but has attended Ji.hlava for the past 15 years. I also met people who were involved in the tech of film, including a Palestinian student who was studying in Prague and creating an app that will allow people to make equity investments in small amounts to films they want to support.

During the festival, it was cold and rainy. Many of the Czechs I met knew I was from Los Angeles, and were surprised at my genuine happiness with the weather. Having lived in Florida, Arizona and Los Angeles for almost 20 years, I had not experienced an actually fall season, with leaves changing, in a long time.

Ji.hlava offered many gifts. The slate of films was fearless in delving into the abundance of ways in which memory is framed: remembrance, reminiscence, tribute, retrospective, history, etc. I found myself moved, and my ideas of what documentary is and can be were challenged in new and exciting ways. You can watch many of the films from Ji.hlava on DAfilms.com for a monthly fee.

END_OF_DOCUMENT_TOKEN_TO_BE_REPLACED

Documentary vs. The Provincial: Marcel Ophuls at the 2017 Jihlava Documentary Film Festival