'Come Inside My Mind' Taps into the Genius of Robin Williams 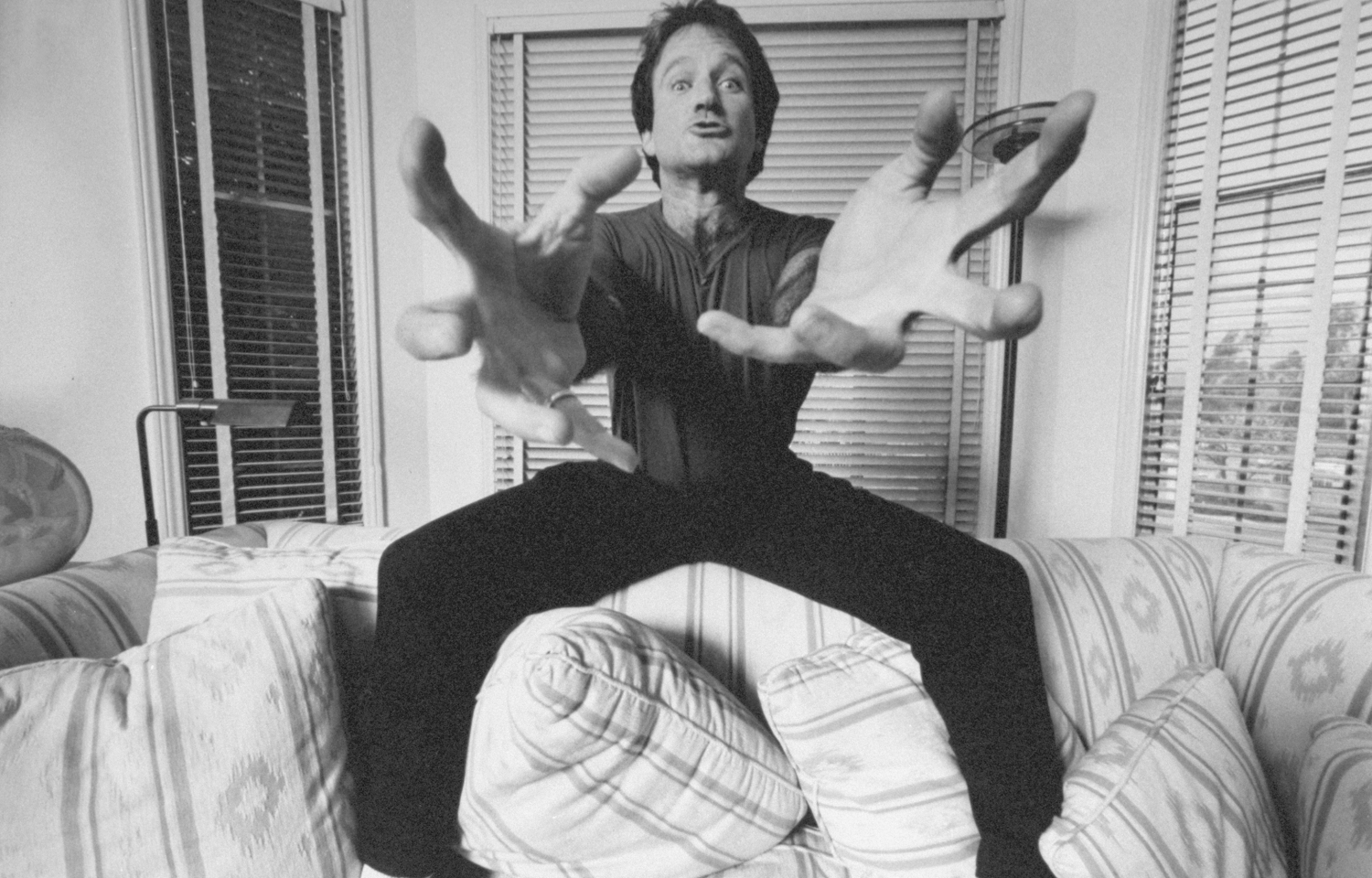 Marina Zenovich is a documentary filmmaker known for her sensitive handling of the life stories of high-profile—some might say, controversial—personalities (Roman Polanski: Wanted and Desired; Richard Pryor: Omit the Logic; Who Is Bernard Tapie?). For her latest documentary, she has taken on the legacy of actor/comic Robin Williams, who took his life in 2014. Nearly four years later, the shock of his loss persists. Documentary recently caught up with Zenovich to discuss Come Inside My Mind, a title as provocative as the man the film explores.

What has the public's reaction been to your film?

I have to say, I knew people loved Robin Williams, but it wasn’t until our trailer came out that I realized, Oh my God, people are crazy about this guy, and they miss him so much. And now the reaction at the screenings has just been so strong, and that really means so much to all of us; we put our hearts and souls into it.

How did the project get started?

It was at some point when I was working on the Water & Power documentary over at Jigsaw Productions that Alex Gibney and I realized we were both working on a film about Robin Williams. And, because we're friendly, we merged productions; he stayed on as a producer, and I stayed on as director. Once we were in production, I heard that different people really wanted to make this film, so I feel fortunate that I was the one who was able to do it.

Going back even further, when did the idea for the doc begin to germinate, and how did HBO get involved?

It was a combination of Jigsaw and David Steinberg, who was Robin's manager and is also one of the executive producers on this documentary. As for the idea, I'm always auditioning people in my head and wondering if this is the right person: Is this story a film? I initially had the idea for the doc on Robin after I did the Richard Pryor film. I remember I had gone to the executive at Showtime, but she thought it was too soon. With something like this, the timing has to be right.

How did the making of this film compare to your other documentaries?

Each film has its own set of problems. With this one it was really about getting the balance of the tone—the laughing and the crying. We were slinging the placement of people and clips back and forth with that in mind. You're trying to hold people's attention no matter what, and we tried to select bits and pieces for Robin that did that, but it just took time. For example, at a certain point in the edit we had people in Robin's life who died—his mother, Christopher Reeves—but it was too heavy. I had a very interesting lesson after I had a screening of the Richard Pryor film for his friends and family. Someone raised their hand and said, "I just want to laugh more." And I realized you can try to do what you want as a storyteller, but these people hold a certain place in our culture. You need to give the audience what they want. As much as the deaths affected Robin, we had to find a balance between his humor and the sadness. I've done this a bunch of times, and it is always really hard, but it helps to have amazing editors.

On that note, could you talk a bit about the editing process?

When finishing the edit of a movie, I always picture someone carrying me to the finish line because the making of the film takes so much out of you. My first editor, Greg Finton, has worked with me the longest, but there was so much material to go through—stand-up, talk shows, movie scenes—that we ended up bringing on Poppy Das as our second editor, and it was so great to get some fresh eyes.

I'm curious about the unorthodox way you start the film.

What's so great about the whole process is how a piece of footage, a clip or what someone says, can take on new meaning once you're six months deep into the edit. I was listening to the series of interviews he did on Audible, and he was riffing when he said, "Ladies and gentlemen… we’re about to pump neurons…" And I thought, that needs to be at the very beginning of the film, before the logo. My assistant said that HBO will never let us do that—nothing goes before the logo. It was a great lesson for me: They loved the idea, but they wanted me to put that sound bite between the two logos. For me it was a creative moment that signified this film was going to be a little different, and as a storyteller you're always trying to throw people off guard a little bit.

What about the balance between the interviews and the other archival elements?

We knew that we wanted Robin to tell his story in his own voice as much as possible; we didn’t know, initially, that we were going to limit the interviews, but I feel like the stakes are getting higher for documentaries as filmmakers are getting more and more inventive. The problem with a film like this is that you know you're going to have to go back in time at some point; it's just a matter of when and how you keep it interesting and fresh. We wanted to focus on his creativity, to try to get inside his mind while we were telling his story. But as we're cutting the film together… it's not that we get off track; it's more that we’re trying things that might not necessarily work, and it takes time to figure that all out.

How about the materials gleaned from non-traditional sources? For example, the interview that Robin had done with Michael Gaines during his early days of stand-up, just before he hit big with Mork and Mindy?

I had heard about that audio and the fact that Michael wanted to do something with it, and those are the calls you dream of—anyone coming out of the woodwork like that. I actually introduced Michael at [the premiere at] Sundance because it's people like that, who hold onto these things, who really end up helping you so much. Another great find was the documentary about Juilliard; it turned out I knew the director, Maro Chermayeff, who is a well-known documentary filmmaker. So we were able to get the raw interview and that's what ended up being the clip that we used about the two stray hairs—that was really a signature Robin moment. And when I interviewed Mark Romanek [director of One Hour Photo], he asked if I'd seen the footage of Robin not winning the Critics' Choice Awards. And people have asked why we didn't show him winning the Oscar, but that bit with Jack Nicholson inviting him up on stage at the Critics' Choice was so much more of the essence of him and what he represented in Hollywood.

Did some of the family opt out of the film?

I went and met with Marsha, his second wife, but she didn't want to go on camera. And I reached out to Susan, the third wife, but she never wanted to meet with me, and I totally understand. I mean, all you can do is try. I was thrilled to be able to get Zak, his eldest son, who I felt could speak for all of the children. And, of course, I reached out to Valerie, the first wife, who is also in the film.

All of the interviews were so heartfelt. Tell us a bit about that whole process.

I think we had 30 interviews. We shot for 18 days, and I was really pleased to interview people like David Letterman, Pam Dawber, Steve Martin, Billy Crystal, Bobcat Goldthwait—the list goes on. I felt like they were all doing it for Robin; there was a lot of love there. Someone asked me what Robin would have thought about the documentary, and I think he would have just been so surprised and touched by how deeply people loved and respected him.

At one of the screenings, my editor, Greg Finton, said, "I miss Robin. I loved going to work and spending the day with him." And that is just so true. 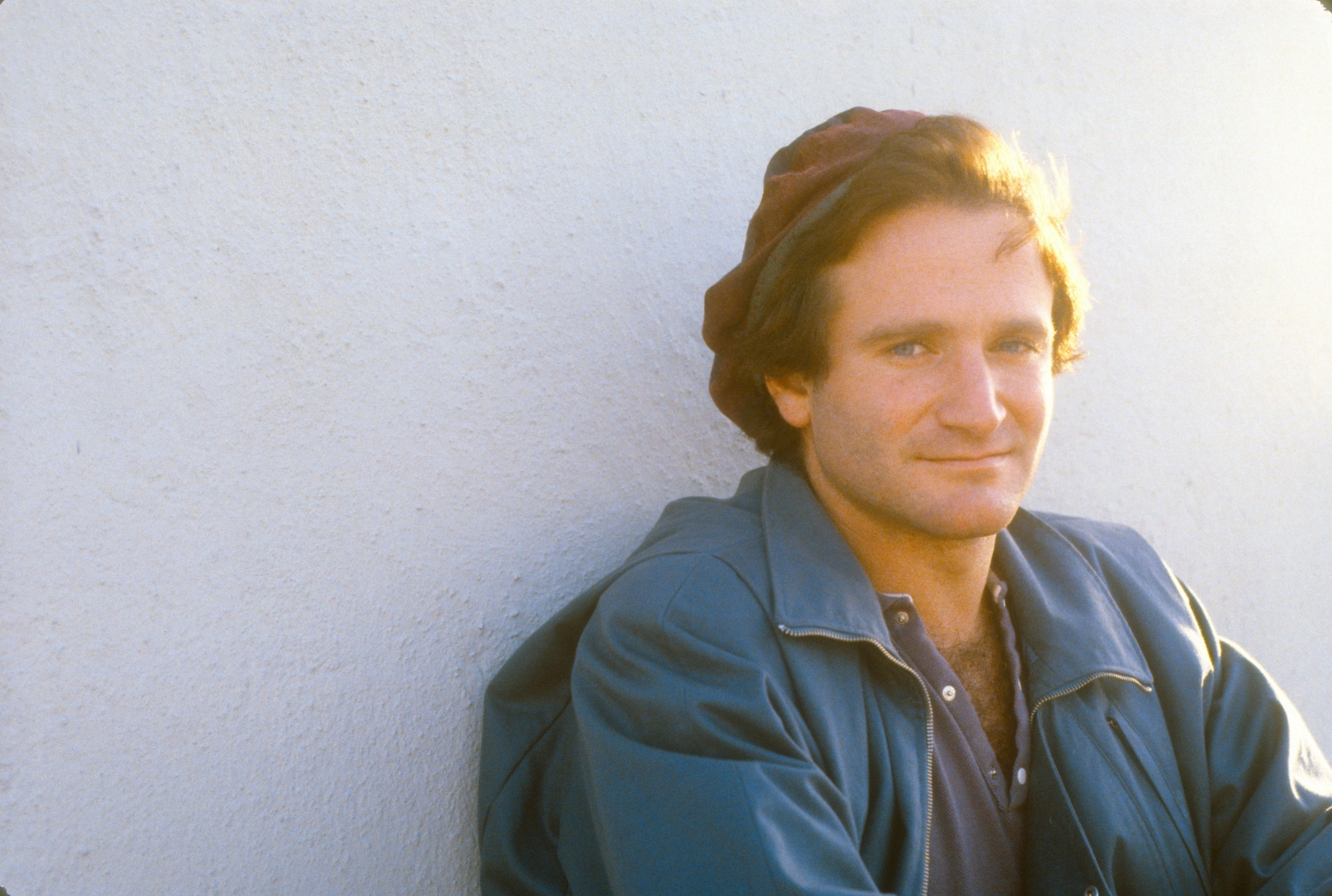 Robin Williams: Come Inside My Mind premieres July 16 on HBO and is also showing in selected theaters this week.

Tom Gianakopoulos (Tom G.) is a writer and editor who is a regular contributor to Documentary.  He currently teaches at The New York Film Academy in Burbank and at CBD College in Los Angeles. His first comedy album on cassette was Robin Williams’ Throbbing Python of Love.