Justice Is Served!: The Notorious 'RBG' 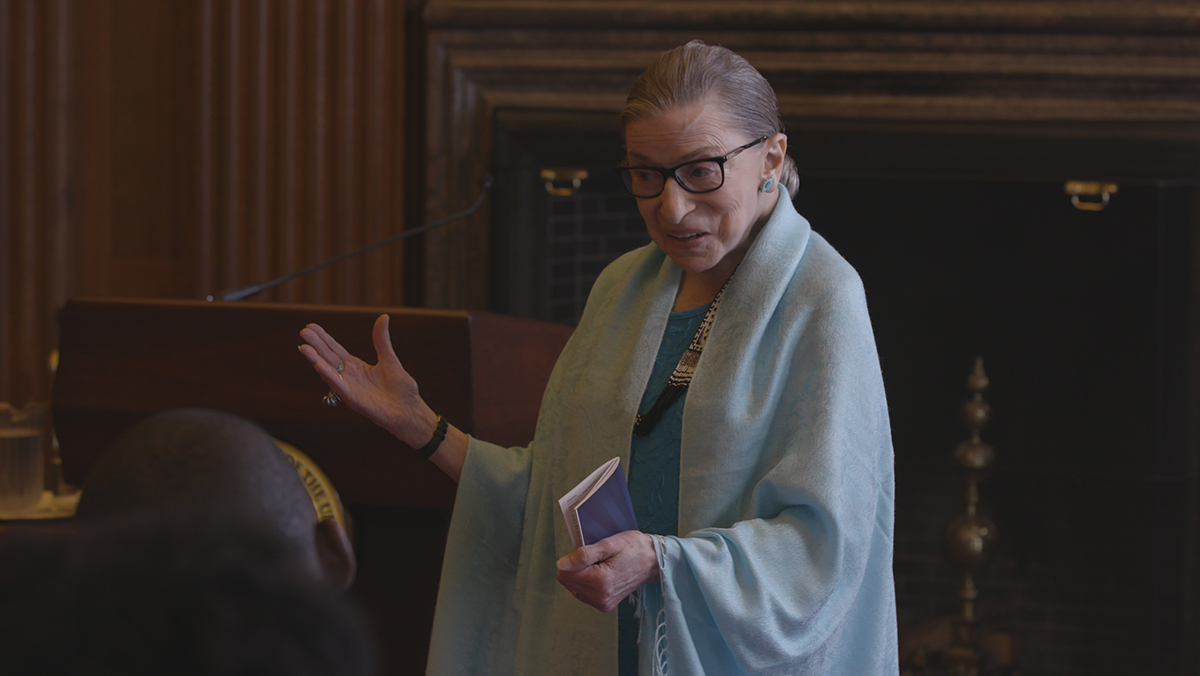 If we listed Betsy West and Julie Cohen’s numerous accolades, films, documentary news programs and teaching credentials—namely all the reasons they were the perfect pair to make RBG—we’d have no room for anything else. Suffice it to say, West and Cohen had been on the path to telling Supreme Court Justice Ruth Bader Ginsburg’s story for quite some time, even if it wasn’t always apparent.

The two journalist-filmmakers were introduced by a mutual friend and colleague in 2011, when West was looking for a producer on Makers: Women Who Make America, a PBS series about the modern women’s movement. That coincided with West beginning to learn more about Justice Ginsburg after getting to interview her for the project. “I was just blown away by her story,” says West. “There were some really good conversations between us.”

Cohen went on to make more documentaries, including one, Sturgeon Queen, that featured Justice Ginsburg because she is a fan of Russ & Daughters, a fish store on the Lower East Side that she would frequent as a little girl.

“We knew her role as a women’s rights litigator and how she changed the world for American women” says West. “We knew she had an amazing personal story, both the challenges she faced and the ahead-of-its-time feminist love story. We thought that people who admire her would like to hear the whole story.”

Along with the usual challenges that documentary filmmakers are up against—funding, staffing, time—there was the tasks of first getting Justice Ginsburg on board and then getting access to her. RBG is the first documentary to be made about a sitting Supreme Court Justice, and with good reason. SCOTUS operates differently than other branches of the government and in general is a more private entity.

Here, Documentary talks to the two filmmakers about using their journalistic background to their advantage, the coincidence of On the Basis of Sex, and what being nominated for an Oscar means to them.

DOCUMENTARY: How did you gain access to Justice Ginsburg?

BETSY WEST: Well, we reached out to the Justice herself though her assistant. In an email we laid out the idea of doing a documentary about her life, and she responded, “Not yet.” This was January 2015, and we took that as encouragement, because she didn’t say no. A few months later, we emailed again suggested that we start working on the film and interviewing her colleagues and friends and that we wouldn’t have to talk to her right away. That’s when she wrote back and said, “I can’t talk to you for several years, but if you’re going to be interviewing people, you might want to consider these three…” and she gave us three more names beyond the ones we had mentioned to her. It was a gradual process of gaining her trust and having her understand that we intended to tell a story beyond the memes and some of the funnier aspects of her notoriety, that we were serious about telling a story about what she did to change the world for American women.

D: What is the biggest difference between journalism and documentary filmmaking, fundamentally speaking?

BW: Well, we are journalists who make documentaries. Our documentary is a piece of journalism, as far as we’re concerned. We’re telling truths and revealing a life. And we are doing it—we hope—in an artistic way. But, at the heart of the work we do is the search for the truth. 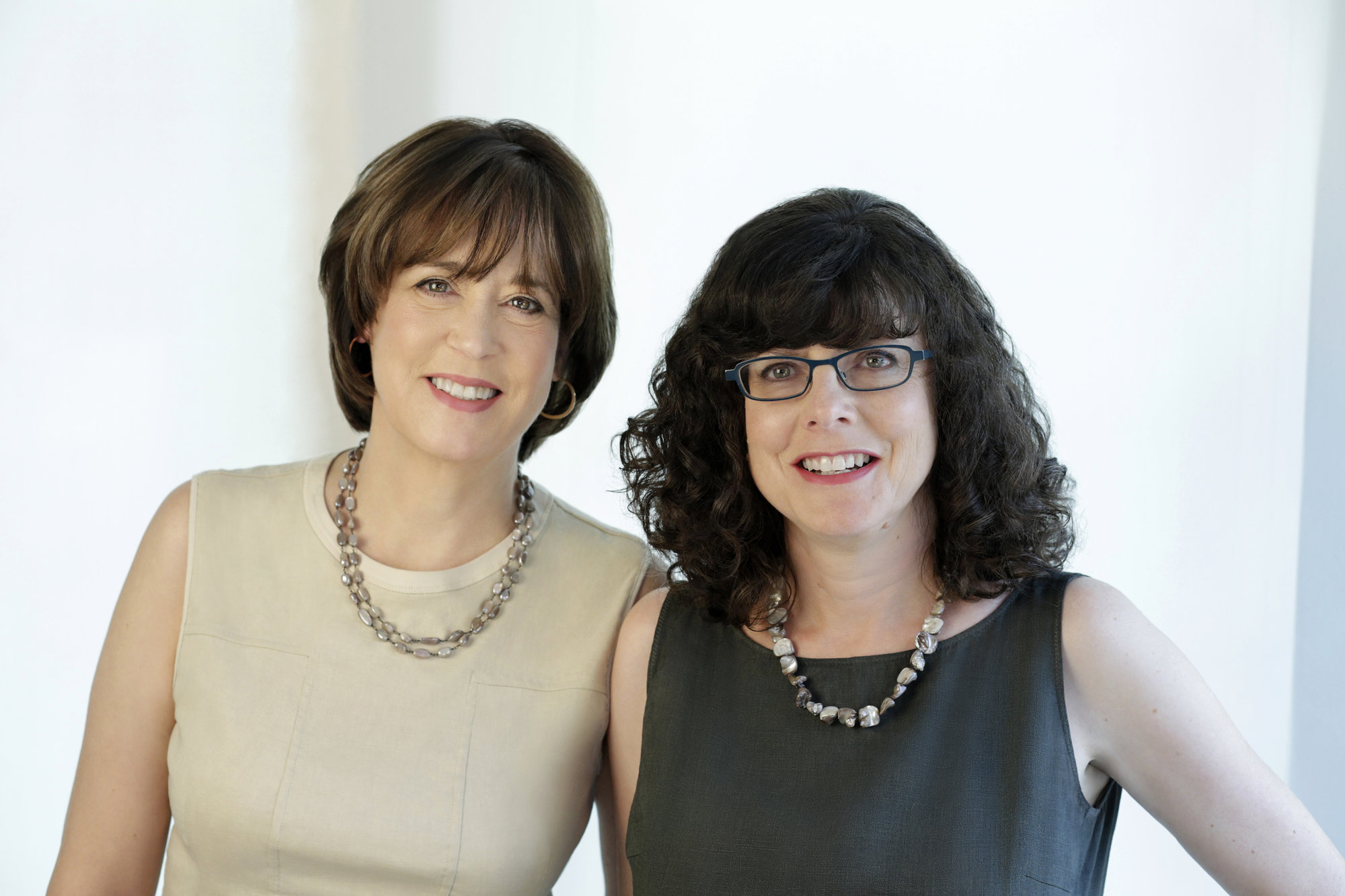 D: Have you found that there was a moment that resonated with audiences more than other moments?

JULIE COHEN: It’s the love story between Ruth and her late, great, feminist husband, Marty Ginsburg. It was something that kept changing as we did different cuts of the film with our wonderful editor, Carla Gutierrez. Every time we’d watch a cut of the film, we would add more sections of Marty. In some cases, we would scramble things around so that the narrative didn’t move too long without Marty in it. We really felt like the film came alive during those moments. On Twitter now there are lots of people saying they’re going to hold out until they find a partner as good as Marty. We think that may be setting the bar a bit too high! On a serious note, though, it’s definitely a part of the story that seems to have moved audiences of all ages, both men and women.

BW: The other thing that’s happened is, when the film released theatrically, the different generations who went to the movie was fascinating. This is not just older women watching this story; there are millennials, women, men. Even kids have gone to see it. It has touched many generations.

D: Do you think this will increase interest in older women’s work, given the celebrity status of RBG, or is that too much to hope for?

JC: That’s a really important point for us. There’s been a pretty strong conventional wisdom both in narrative film and docs that audiences just aren’t that interested in older women or, for that matter, not interested in women beyond as a symbol. Yes, this was a documentary, but it still had a lead character that was a woman and people were willing to go pay tickets to see it in theaters.

Something we always wanted to do was to not save current-day, octogenarian RBG for the end of the film. We didn’t want to start at the beginning and say, Here she is, so young and ambitious, and then have the last 10 minutes be RBG now. We really wanted to be seeing RBG in her 80s throughout the entire film, keeping a strong sense of her as a proud, amazing, beautiful older woman.

D: On the Basis of Sex came out not too long after RBG did, and actually focused on much of what you just said you didn’t focus on. Was the timing all just coincidence?

BW: Yes, it was a coincidence. When we started working on the film, we quickly discovered that there was a narrative film in the works. The screenplay was written by Justice Ginsburg’s nephew and it had been in development for several years already. In fact, we thought, “Great, maybe they’ll beat us, and we’ll have the opportunity to do some filming on their set.” But it turned out that they had a change of personnel on the film—as often happens in Hollywood— and we ended up finishing editing just as they were beginning their shoot.

JC: Felicity Jones was a pretty good match for a young RBG. She brought in both the strength and the sense of style and pizazz that RBG possessed.

BW: I think the films complemented each other well. There’s was a slice of life, showing the young Ruth Bader Ginsburg developing her expertise as a women’s rights litigator, her romance with Marty. And ours is a more sweeping story, which includes some of that.

D: You’ve both amassed quite a few filmmaking awards over the years, but an Oscar is an Oscar. What does it mean to be nominated for an Academy Award?

JC: We accept the premise of your question that there’s really no other award that compares to an Oscar in terms of name and prestige. On one level, there’s just the excitement of it all. We get to go to Hollywood and have lunches with all these amazing directors and celebrities, people whose work you’ve admired your whole life. I mean, I shook Spike Lee’s hand yesterday and that was extremely cool.

I do think the bigger point is the hope and dream that being nominated opens up some opportunities to tell more of the kind of stories that we want to tell. Because RBG got both commercial and critical success, hopefully that creates a situation for when we want to make another film about another important subject, people will give us the chance to do it.

BW: I agree with all of that. And to add, we’re also very pleased at the recognition for Justice Ginsburg and the work that she’s done over the years. It was very exciting, after we got the news last week, to be able to call her and tell her that we had been nominated for an Oscar. She sounded very happy and she also sounded very strong.

RBG will screen as part of IDA’s DocuDay, a daylong showcase of the Academy Award-nominated documentaries, taking place at the Writers Guild of America theater in Beverly Hills.

END_OF_DOCUMENT_TOKEN_TO_BE_REPLACED

'Makers' Tells the Stories of Women on the Move