Let the Games Begin! A Century of Olympiads in One Criterion Collection 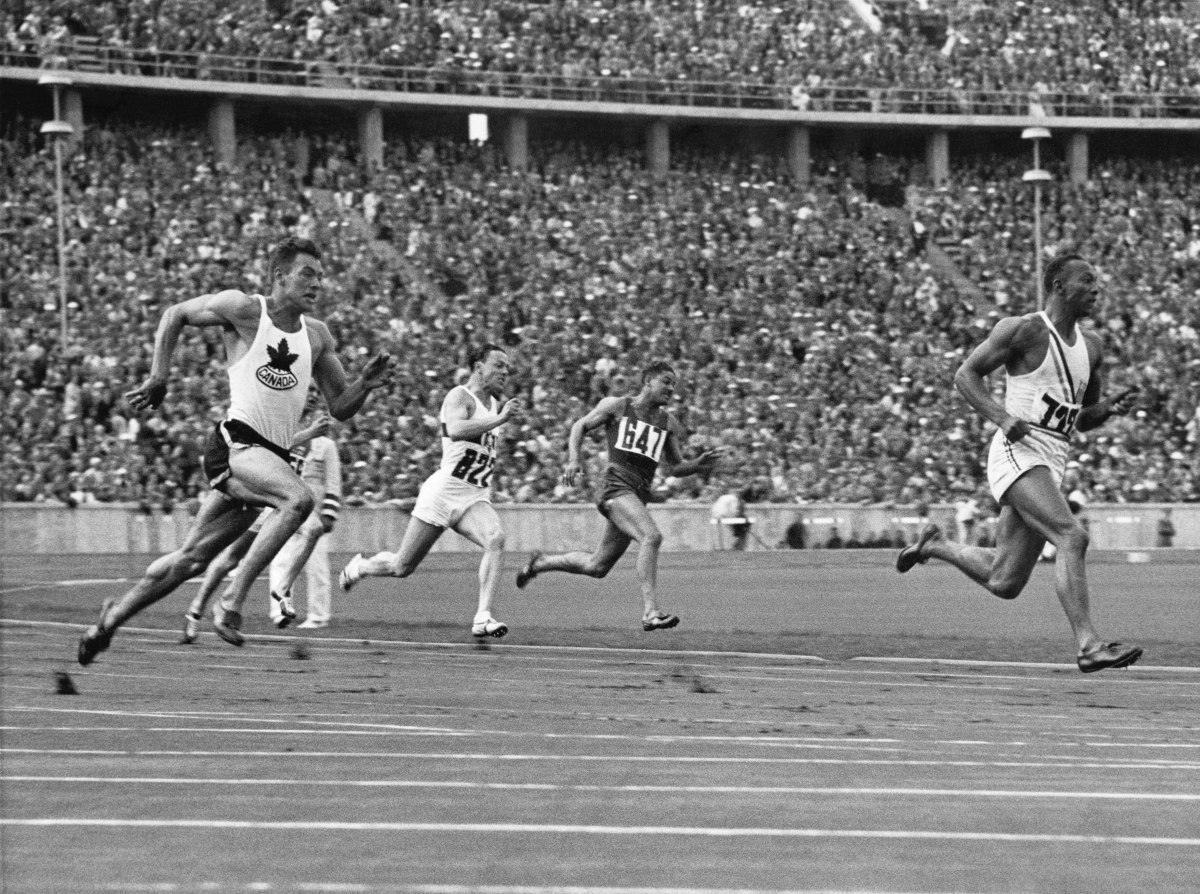 Leni Riefenstahl's Olympia, made for the 1936 Olympiad held in Berlin, is the first film that comes to mind when the topic of Olympic films is mentioned. For many of us, even for those most devout followers of Olympic competition throughout the years, Riefenstahl may be the only filmmaker we can name connected to what is arguably the longest running global event representing human athletic achievement. Even what we think we know about Olympia is only a fraction of that history. But thanks to the painstaking research that began with a conversation in 1996 at a bar in the Algonquin Hotel in Manhattan between archivist Adrian Wood and Stewart Binns, head of the Olympic Television Archive Bureau (OTAB), we now have this magnificent compendium from The Criterion Collection, 100 Years of Olympic Films, 1912 - 2012, to study and savor.

The instigator and driver behind this gargantuan undertaking was Michael Payne, director of marketing for the International Olympic Committee (IOC), who in turn convinced IOC President Juan Antonio Samaranch to allocate the resources to fund this project. It took a giant leap of faith since, back in 1996, it was not known how many films were made or how many had survived since the first modern Olympic Games in Athens in 1896. Although no cameras were present at those Games, it was an auspicious launch for both the Olympics and the birth of film: The Lumière brothers showed their first films in Paris the year before, and Thomas Edison presented the Edison Vitascope projector to the American public a year later.

The first filmed record of the Games was in 1912, at the Stockholm Olympiad, launching the marriage of sports and cinema that has continued, unbroken, to this day. This filmed account opens the collection and is a startling revelation, a window into human history that seems simultaneously quaint yet modern, with the high silk hat-wearing, formally attired Swedish royal family arriving in the stadium to view all 2,000-plus athletes as they parade by the stands. About two-thirds of the films produced for these games, by a joint agreement between the Swedish production company A.B. Svensk-Amerikanska and the French studio Pathé, have survived. Those that have been restored here with amazing clarity show a fascinating range of individual achievement in perfectly contrasted black-and-white photography, including prominent athletes from the USA like George S. Patton Jr., who competed in pentathlon fencing and became the iconic US Army general. We are also treated to scenes of a variety of automobiles already clogging the streets in 1912, side by side with trams and hustling, fashionably dressed pedestrians.

War had its impact on the Olympics, causing the cancelation of the 1916 Berlin Games, which then were reinstated in Antwerp in 1920. However, no feature-length film was made for this event, aside from some newsreels. The next major Games recorded were the 1924 Winter Olympic Games in Chamonix, France, as part of a trilogy directed by Jean de Rovera and shot by Bernard Natan, under the auspices of Pathé. The filmmakers also covered the 1924 Summer Games in Paris and created a short about the Games in ancient Greece. Natan used slow motion, and accidents are shown with no attempt to hide the fact that athletes crashed and sometimes sustained serious injuries. This was quite a different approach than that eventually taken by Leni Riefenstahl in the 1936 Berlin Games. Riefenstahl was originally an actress, discovered by Arnold Franck, a former geologist-turned-mountain filmmaker, who directed The White Stadium (Das Weisse Stadium) to celebrate the 1928 Winter Olympic Games in St. Moritz. Franck reveals a strong aesthetic approach, using multiple camera angles and demonstrating the rapid advance of technology in the world of motion picture-making.

Franck mentored Riefenstahl, whose talent blossomed under Hitler's gaze and was realized in her early film, Triumph of the Will, followed by one of the most analyzed sports films of all time, Olympia. Riefenstahl used at least 50 cinematographers to shoot every stage of every event, producing over 1.2 million feet of exposed film. This charismatic filmmaker presents us with a complex love/hate dilemma. While her technical and artistic achievements are undeniable, there is also no doubt Riefenstahl was enamored of Nazism and Hitler; Olympia premiered on Hitler’s 49th birthday. But we can't disregard that Riefenstahl clearly revered Jesse Owens, the African American who won four gold medals in track and field at a time when the Nazis' avowed racism was at the fore. In addition, she made a point of featuring the achievements and physical beauty of female athletes as well as men.

After Olympia, war again intervenes. It takes 12 years before we pick up the filmed documentation of sports history in the 1948 Winter Games in St. Moritz. The upbeat tone of this film, directed by André Michel, appropriately titled Fight Without Hate, is evident in the prominent role of happy spectators, no doubt relieved that they can take pleasure in the pursuit of sport, rather than dodge bombs and bullets.

I was particularly curious about seeing Romolo Marcellini's The Grand Olympics, made for the 1960 Games in Rome. My husband, Peter Close, competed in the 1600-meter relay for Team USA eight years before we met. While he did not appear in the footage, I was enthralled by the architecture and atmosphere of the city as the opening helicopter shot zooms in over Saint Peter's Basilica and the Colosseum. The streets, monuments and historical buildings are as lovingly treated by the camera as the intimate shots of athletes like the barefooted Ethiopian, Abebe Bikila, as he runs the marathon along the torch-lit Appian Way. 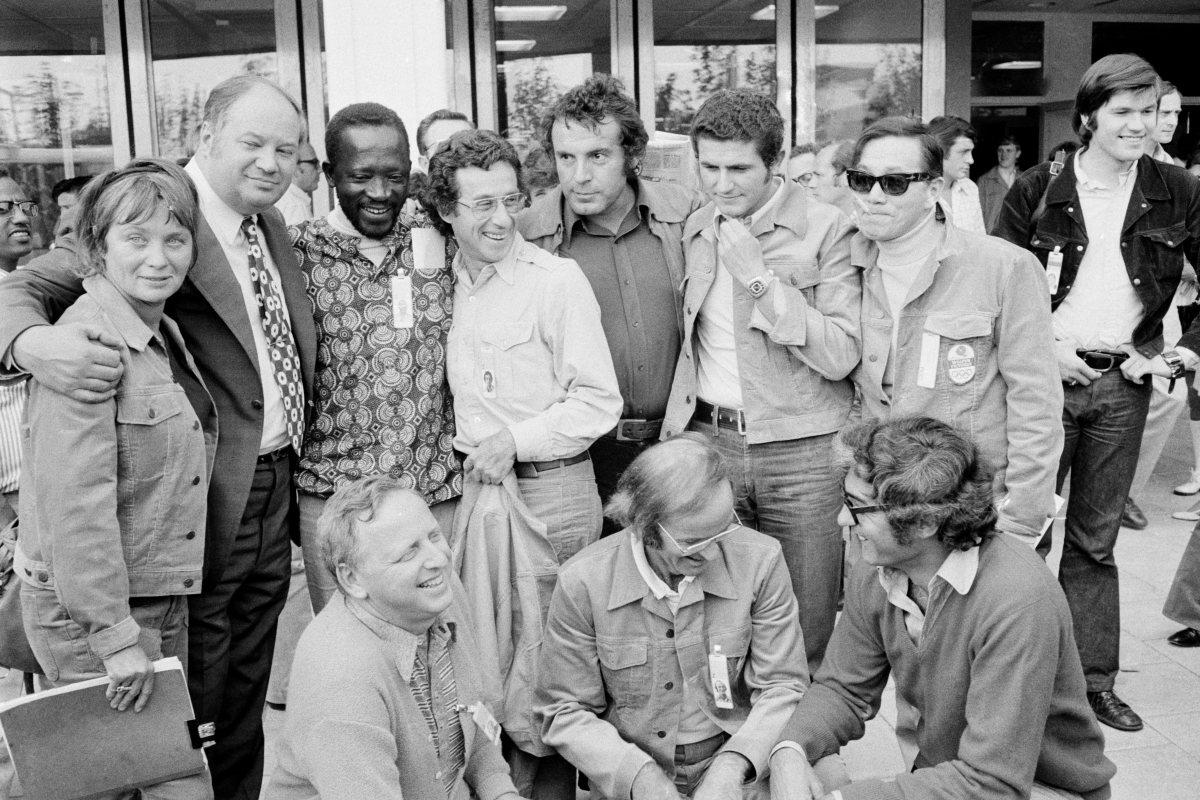 The system of rotating the Olympic Games among many nations insured that the film record would showcase the rich variety of cultures and historical traditions that reflected a particular place and time. The filmmakers also represent a tremendous aesthetic and technological range. Some productions remain buried in the past. Others became icons of the genre, taking great stylistic risks like the handheld camerawork of Claude Lelouch and his French New Wave colleagues in 13 Days in France for the 1968 Winter Games in Grenoble. Terrorism fell like a black cloud on the 1972 Olympic Games in Munich. Visions of Eight was producer David Wolper's testament to overcome the stigma of the attack in which 11 Israeli Olympic team members were taken hostage and eventually killed by the Palestinian Black September Organization. Wolper enlisted eight filmmakers including Lelouch, Miloš Forman, Kon Ichikawa (whose Tokyo Olympiad is included in the collection), Yuri Ozerov, Arthur Penn, Michael Pfleghar, John Schlesinger and Mai Zetterling; each was encouraged to bring their separate vision to the film record. Wolper managed to mitigate the eight different perspectives of his chosen directors with the versatile Henry Mancini score, aided by a budget of $1.5 million.

Bud Greenspan dominated Olympic filmmaking at the end of the 20th century, having been commissioned to make ten documentaries of the Games before his death in 2010. He ushered in television's wall–to–wall coverage of the Olympics that we take for granted today. In his vision of the 1996 film Atlanta's Olympic Glory, Greenspan utilized the somber narration of Will Lyman, who since 1984 has been the familiar voice of PBS' Frontline.

My overview barely outlines the breadth and depth of this beautifully presented project. The box set of DVDs or Blu-ray discs comes in a library-worthy case together with a hard-cover, 216-page, large-format book with an informative and detailed accounting of the recovery and restoration process by Adrian Wood. The value of this project cannot be overstated. Wood informs us, "These films now live not only within the IOC but also in the host countries of the Olympic Games, an acknowledgement of their value as both Olympic heritage and the heritage of the cities and nations where the Games were held." I would add this collection has great personal value to individuals like myself, who have or had family members or friends who competed in the Olympic Games. It provides a treasured legacy to pass on through generations.