Filmmaker Skye Fitzgerald’s upbringing in Oregon defied the norm, even in a state known for alternative lifestyles. Consider the family dog: his name, Spot, was conventional, but the breed was not. “Half-dingo, half, probably German Shepherd, we think,” Fitzgerald tells Documentary.

Fitzgerald spent his teenage years living in Spartan conditions, in a rural dwelling that lacked electricity and running water—his parents’ choice. “It taught me a lot of things,” he observes. “It taught me that you don’t take things for granted, and to appreciate the simple things in life.”

That experience of privation, voluntary or not, may help explain why he lends such an empathetic eye to those in desperate circumstances. His short film Lifeboat, nominated for an Academy Award, takes as its subject the migrant crisis in the Mediterranean that has seen tens of thousands flee from North Africa and the Middle East, with many thousands dying at sea en route to Europe.

“I saw the numbers were so large, and the suffering was so great that I started to think about my eight-year-old son,” Fitzgerald recalls. “I started to think about what he’s going to ask me when he’s 12 and 16 and 18 about this burgeoning crisis of so many IDPs—internally displaced people—and refugees. When he asks me why we didn’t do something, I want to at least say that in my own very small, tiny way, I tried to do something.”

For Lifeboat Fitzgerald filmed in Tunisia, where many drowning victims wash ashore. And he went aboard a vessel run by Sea-Watch, a German nonprofit that attempts to rescue migrants bobbing in the Mediterranean on dangerously overcrowded boats. It did not take long for Fitzgerald and the Sea-Watch team to come across people in extreme peril. “The second day of our search-and-rescue operation, we were faced with 3,000 people floating in the middle of the ocean and we were a crew of 16 on a 30-meter boat,” he recalls. “We were out on a Zodiac [inflatable boat] filming, people were falling into the ocean, they were being pushed into the ocean, they were jumping into the ocean.”

The documentary features dramatic footage of the rescues—volunteers tossing life vests to migrants, pulling exhausted children, women and men onto the Zodiacs for transfer to the mother ship. “That's amazing to me that a group of 16 people could pull over 3,000 people out of the ocean,” Fitzgerald marvels. “And to me it speaks to what civil society can do to intervene when our nation-states and our leaders aren’t [intervening].”

The film includes interviews with a number of those rescued at sea, among them Nadine from Cameroon and Aisha from Côte d’Ivoire, who describe the hellish conditions that prompted them to try to make it to Europe. They speak of lawlessness in Libya, with migrants kidnapped and tossed into rude prisons if their loved ones don’t pay ransoms. They describe beatings, rape, and women and children sold into prostitution or other forms of slavery.

“I knew there were two options,” Aisha says in the film, of her decision to flee. “Life or death.”

“I, more than anything, wanted to hear their stories because that’s why we were there filming in the first place,” Fitzgerald explains. “One of my underlying principles is to build empathy with those who are faced with such difficult choices that they’re willing to risk their lives to cross an ocean at risk of drowning, rather than stay where they are.”

There is a beauty to the composition of shots in Lifeboat—the tranquil yet menacing waters; a boat full of refugees in the distance, neatly framed by the railings of the Sea-Watch; the wails of anguished women as they are ferried to the rescue ship. The filmmaker articulates a need to create aesthetic imagery in such a situation.“One of my goals is to make the unwatchable watchable,” he comments. “To look at horror and to somehow make it beautiful so people can’t turn away from it. I’ve always felt that if we can look at something that’s difficult to bear and bear witness to it through making it beautiful, then people will understand in a different way.” 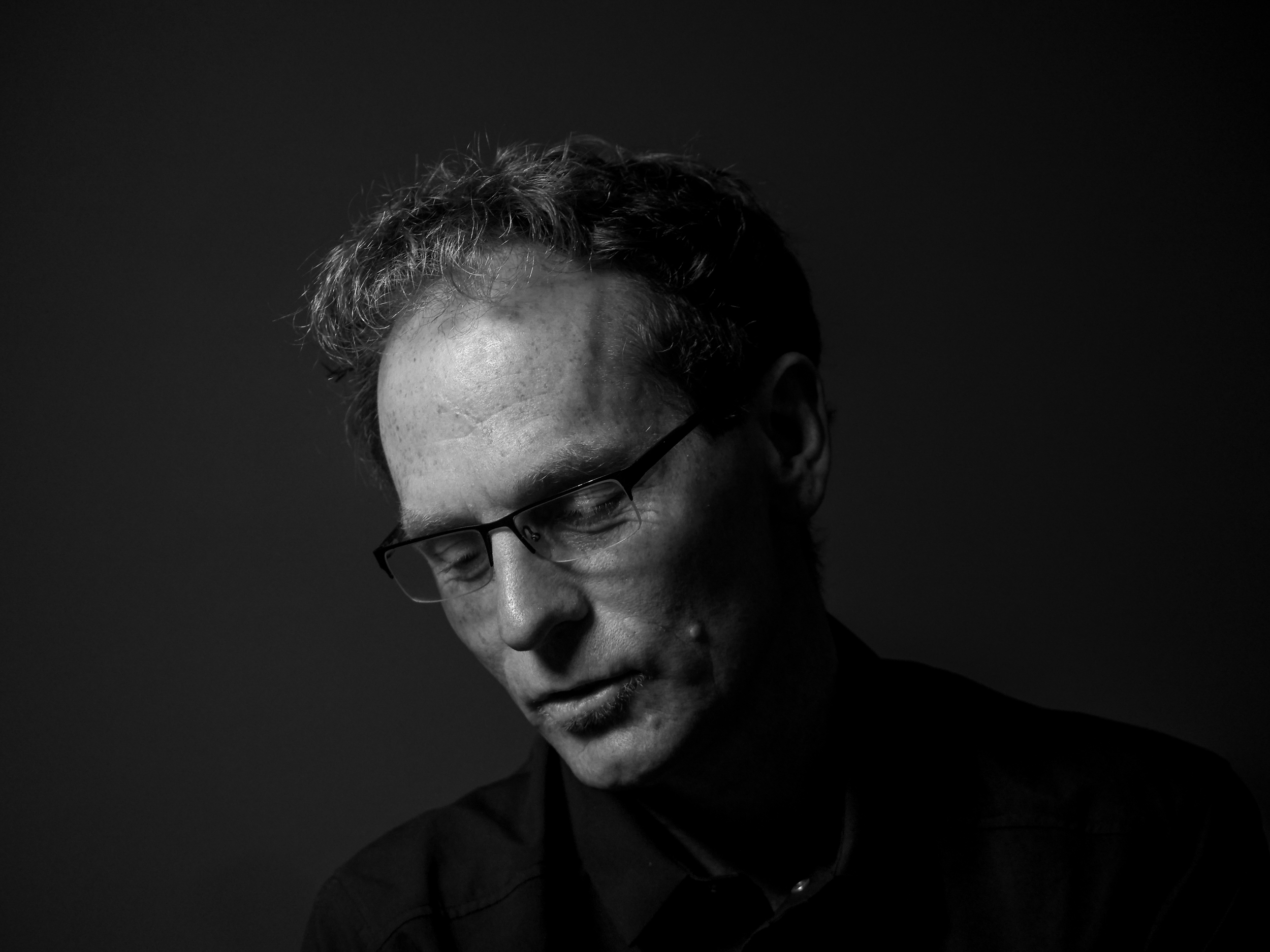 Lifeboat is the second in a planned trilogy of short films from Fitzgerald. The first, 50 Feet from Syria, addressed the humanitarian crisis exploding out of that country’s civil war. “It was only during the course of filming 50 Feet from Syria that I realized I wanted to do a trilogy, that the topic was so big and the scale was so large and the stakes so high that I felt like it was necessary for me as a filmmaker to tackle this in a larger way,” Fitzgerald states, adding that making three short films was more feasible financially than embarking on a single feature-length documentary. “I felt like if I could take a bite-sized sliver, and narrow it, but really drill down on it and try to go deep emotionally and viscerally with our subjects, then that could be a way I could do it within my limited means.”

50 Feet from Syria made the Oscar shortlist in 2016, but did not go on to earn an Academy Award nomination. Fitzgerald looks back on that time as a learning experience. “I didn’t have a publicist. I didn’t go out and promote it,” he says. “I didn’t understand or realize, naively, that that was a necessary part of the process…I kind of sat up in my career chair after that and said, ‘Well, okay, if I ever find myself in that position again, I should probably do something more.’”

This time, Oscar nomination morning brought happier news. “You hope against hope that maybe you’ll be honored that way by the Academy and your colleagues,” Fitzgerald acknowledges. “I was sitting there in my pajamas watching the names come up and I was just absolutely floored and thrilled and I felt so honored when Lifeboat came up.”

Since the nomination the director has been hopscotching the country speaking about his film, a rigorous schedule familiar to many an Oscar hopeful. Documentary spoke with Fitzgerald at the Sundance Film Festival, where he spent several days, sandwiched around a side trip to Atlanta. “I’m on the road, and what a great problem to have—to ‘have’ to travel…to ‘have’ to talk about your work and others’ work who you’ve looked up to for so long,” he says with a laugh. “I really find it a rewarding process to go out and talk about the work that I care so deeply about and to hear how it touches other people and the questions it raises.”

Among the pressing questions raised by Lifeboat are the obligations the US and other governments have toward people fleeing hardship, war or other miseries, wherever those individuals may be. “I do believe that, regardless of where you’re born and what your nationality is and what your sexual orientation is or what your religion is, we all have certain rights as human beings,” Fitzgerald affirms. “And those rights are enshrined in human rights law: the right to security, the right to seek asylum from persecution, the right to privacy, the right to flee from war.”

Fitzgerald tells Documentary he has settled on the subject matter for the third film in his refugee trilogy. He’s keeping the details under wraps for now, but in a world with no shortage of human tragedy, the reality is, there are many places where he could turn his attention.

“We’ve identified the story and we’ve identified the country,” Fitzgerald shares. “It’s a delicate story to tell, just like the first two were…It’s a very similar story in the sense of the depth of suffering and I think the lack of outside eyes on that.”

Lifeboat will screen as part of IDA’s DocuDay, a daylong showcase of the Academy Award-nominated documentaries, taking place at the Writers Guild of America theater in Beverly Hills.