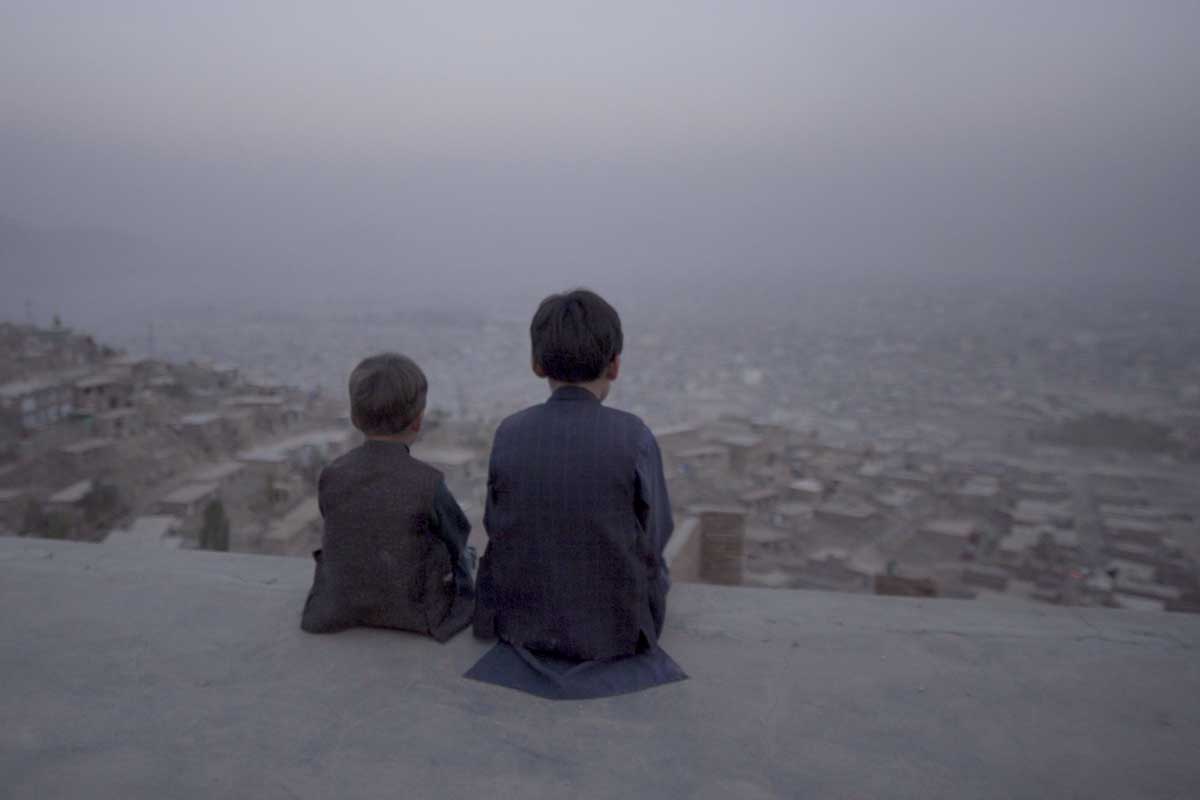 August 15, 2021 marked the Taliban’s capture of the Afghan capital of Kabul, culminating a shockingly swift offensive that began in May. The Taliban surged back to power following a nearly two-decade-long insurgency against allied NATO and Afghan armed forces, just weeks before Washington was set to complete its troop withdrawal. As the country fell into Taliban control and the Afghan government collapsed, scenes of chaos unfolded at the Kabul airport. Within days, harrowing images of Afghans running along the tarmac and clinging to departing US military planes became emblematic of panic and despair felt by those fleeing the new regime.

Less than a year later, the sense of urgency conveyed in initial media reports has dwindled. "The world has forgotten about [those left behind]. It is a media outage on Afghanistan and what is happening there," argued Afghan-Dutch filmmaker Aboozar Amini at a panel discussion held as part of the Netherlands-based Movies that Matter’s "Take on Afghanistan" program. The program, dedicated to "urgent films from and about Afghanistan," took place April 8-16 in The Hague, with the participation of Afghan filmmakers Amini (Kabul, City in the Wind), Sahra Mani (A Thousand Girls Like Me), and Dawood Hilmandi (A Journey into Zero Space), among others.

As with many war-weary Afghans, the recent events left Hilmandi with a sense of déjà vu, like "a repetition of many decades," war after war. When the Taliban regained power last August, it was the second time Hilmandi was forced to leave Afghanistan. He had fled the country at age 13 after undertaking a perilous journey of trying to smuggle himself across borders by hiding in the undercarriages of trucks. This time, however, Hilmandi wanted to capture "a piece of history," closely and tangibly. When all else fails, he explained, perhaps film is the only tool at the maker’s disposal to paint a picture of a life trapped in a cycle of war—punctuated only by fleeting respites of peace—and force us to see what we refuse to see.

When the Taliban entered Kabul, the manifestations of years of civic progress vanished in a matter of days. Abbas Rezayye, director of Etilaatroz During the Fall, recognized the significance of capturing this "historical moment of rupture." To see "how people are, when their country falls," he followed Zaki Daryab, the editor-in-chief of the daily newspaper Etilaatroz, whose investigative reports have, for years, revealed "the systematic corruption" within the Afghan government and the bloodshed committed by the Taliban. On the day Kabul fell, Zaki and his colleagues were at work in the bureau, amid gunfire and with the Taliban carrying out searches across the street. "For me, the whole history of cities falling and countries coming apart had come alive in the reaction of Zaki when he got the news of the Taliban entering the capital," Rezayye said via Zoom at the program’s "Work in Progress" session. "Seeing [Zaki], you could imagine how the editor of an important French press must have felt the day when he realized Paris had fallen into the Nazi’s hands. Seeing him, you could imagine how Zelensky must have felt the day when he got the news of the first Russian tanks entering Ukrainian territory." 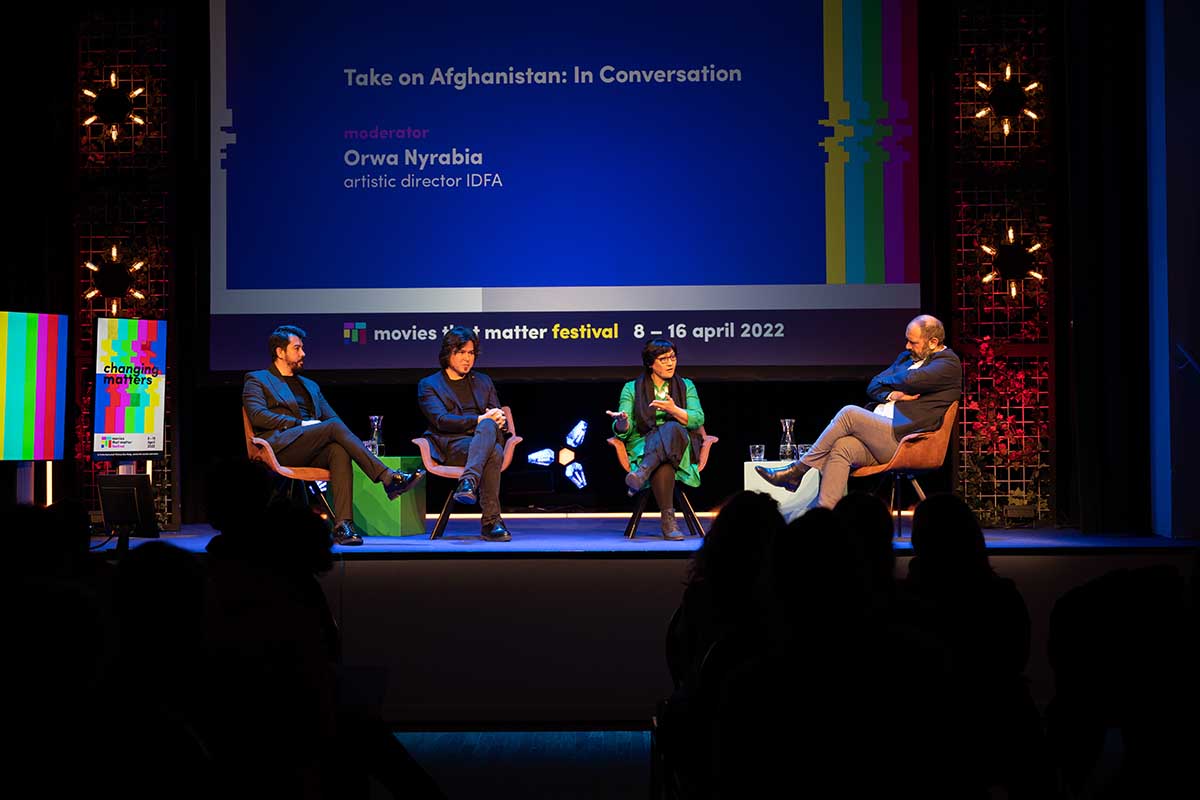 Freedom is a relative concept. But what does it mean to be bold in times when "the nightmares of the modern world" encroach on the journalists’ ability to exercise their intellectual freedom? Is showing up at work an act of courage or a basic right for a journalist in Afghanistan? Despite all the efforts, Zaki has not been able to evacuate all of his colleagues from Afghanistan. Now in exile, Zaki, also the film’s producer, participated in the session via Zoom. He approached that discussion with humbling honesty, speaking of "not doing well" due to unceasing worries for his family and colleagues in Afghanistan, and of facing limitations in continuing the crucial work of Etilaatroz to ensure justice and freedom of speech for the Afghan people.

In the wake of the Taliban takeover, filmmaker Sahra Mani maintained that Kabul Melody, which she started making in 2015, would not be the same film anymore. Documenting the stories of two girls who challenged social mores to study music at the Afghanistan National Institute of Music (ANIM), Mani was able to record the period of her country’s history through the eyes of the young musicians. ANIM had been the only music school in the country and had stood, for years, as a symbol of change there, teaching music to boys and girls, many of whom were from disadvantaged backgrounds. After the Taliban retook control, a faction occupied the school, and its compound fell silent. The conundrum is piercing; Mani asked, "What is going to happen to the country without music, without cinema or art, [...] when artists are enemies?" The Taliban may have seized the school compound, but shreds of hope remain as long as the music "stays with the people, with the musicians, [...] wherever they go, wherever they are."

In Afghanistan, it seems impossible to discuss documentary film without going into fraught questions of politics. The panel "Take on Afghanistan: In Conversation," moderated by IDFA Artistic Director Orwa Nyrabia, stirred an intriguing debate about the sort of films that are expected to come out of Afghanistan, often commissioned by nonprofits operating inside the country with humanitarian, development or peacebuilding missions. Mani, who has worked actively in Kabul, spoke about the expectations some NGOs in the country lay on local makers, with documentaries having to prove some "impact" of their humanitarian work in the country, whether that is reflected in the improvement of society, women’s rights or corruption levels. Such an approach neither challenges the filmmaker nor questions the established frameworks of knowledge, thus perpetuating a repertoire of images that transpire in Afghanistan. "NGOs have their own idea about what they want in Afghanistan, and what they should present about Afghanistan right now," Mani explained. The NGOs’ penchant for "uplifting" narratives plays into what Nyrabia referred to as the David-and-Goliath story; it becomes a cycle that may discourage financing, because, Nyrabia noted, "Nobody is really enthusiastic about financing a film on how depressing it is to live there." 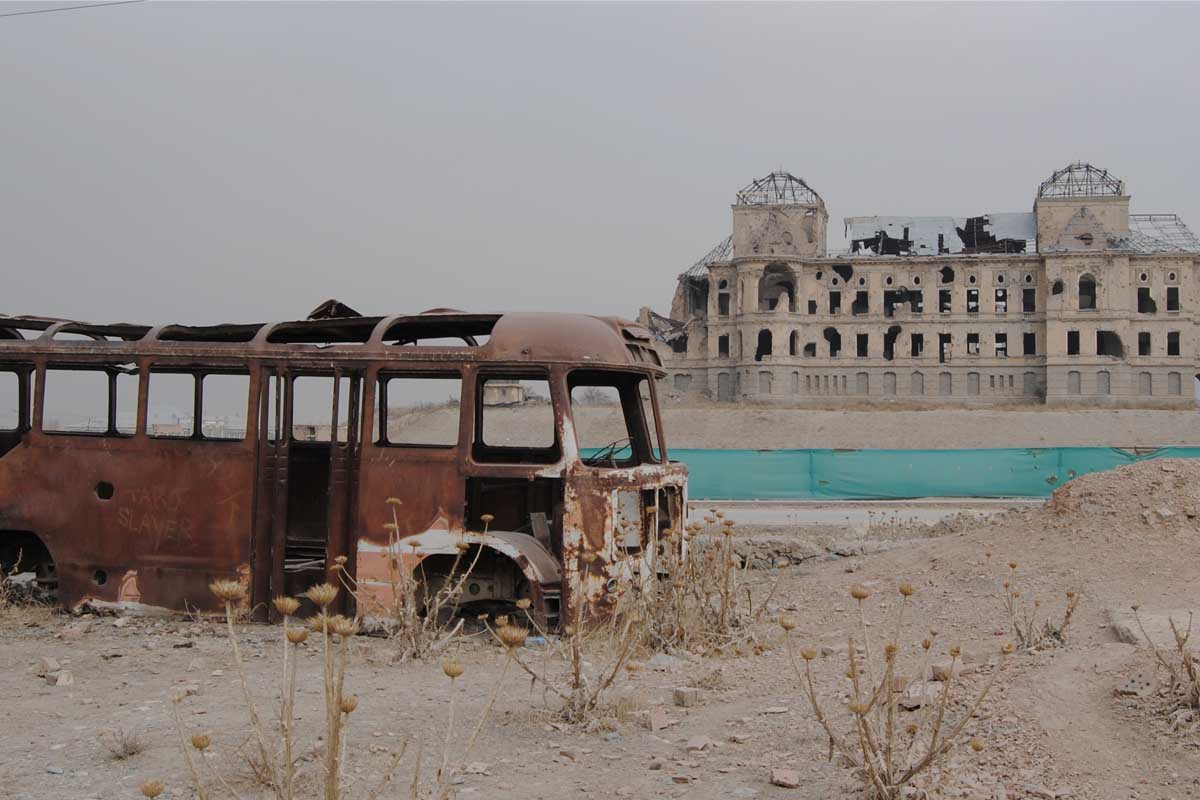 Mani stands firm on making the films she really wants to make, often going at great lengths to continue filming women and creating space for them to make their stories known because "one story could be the value of one woman’s life." Mani’s views are echoed in her documentary A Thousand Girls Like Me, which screened as part of the retrospective. The film traces the journey of Afghan woman Khatera Gulzad, who fearlessly recounts the events of being repeatedly sexually assaulted and impregnated by her own father. Despite a 2009 law penalizing abuse against women in Afghanistan, Khatera’s earlier attempts to seek justice had failed until she spoke out against her father on national television and was able to take him to court, with "the proof in [her] womb." Khatera’s predicament grows ever more dire, inserting us deeper into her plight, as we hear her say during a prenatal ultrasound, "I wish I could abort this baby, but the judge said I had to keep it as evidence." The most painful truths and deepest conflicts of Khatera’s interior life are being explored even in gentler moments of the film, when her older daughter Zainab inadvertently alternates between calling her "sister" and "mother."

In Hilmandi’s A Journey into Zero Space, an experimental film essay and "autobiographical fiction" coalesce into a cinematic patchwork that departs from the expected format and narrative structure, to reflect on the notions of identity, memories and freedom. The filmmaker invites the viewer into a contemplative space where he re-archives his memories and confronts old familiar aches and questions that now clamor for answers. Amini, the director of Kabul, City in the Wind, was resolute about not falling "into the trap" of feeding into the convention of creating "uplifting" films about Afghanistan, despite the fact that it certainly has made financing films a challenging road to walk. Like Hilmandi, Amini fled Afghanistan as a teenager after 9/11. Years later, he returned to his homeland—a land that he knows from his childhood experiences and the many stories told by his parents. "No matter if I go back to Afghanistan after 100 years, I know that land deeply, every little rock of it," Amini added. His quiet, observational documentary Kabul, City in the Wind, which was also screened as part of the retrospective, portrays the city that he lived through—battle-scarred from decades of violence, loss and displacement. Fragments of the residents’ daily lives encapsulate experience in the city that is in agony: the place where war and innocence become a part of a modus vivendi, the land where old tanks buried in sand turn into children’s playground equipment and discarded mortars are repurposed to break tobacco, tomatoes or eggplants. For 12-year-old Afshin and his younger brother Benjamin, such encounters with military equipment and whirring sounds of the aircraft become almost quotidian. As the brothers sweep the roof of their house to remove dust and stones, planes fly over their heads. "They carry guns, bullets and hand grenades," Benjamin exclaims. "They take the ammunition to Kandahar to kill the Taliban."

Sevara Pan is a Berlin-based journalist and film critic.

END_OF_DOCUMENT_TOKEN_TO_BE_REPLACED

'Learning to Skateboard in a Warzone (if you're a girl)': Growing Up Female in Afghanistan