Is an Oscar Campaign Worth the Cost for an Independent Documentary? 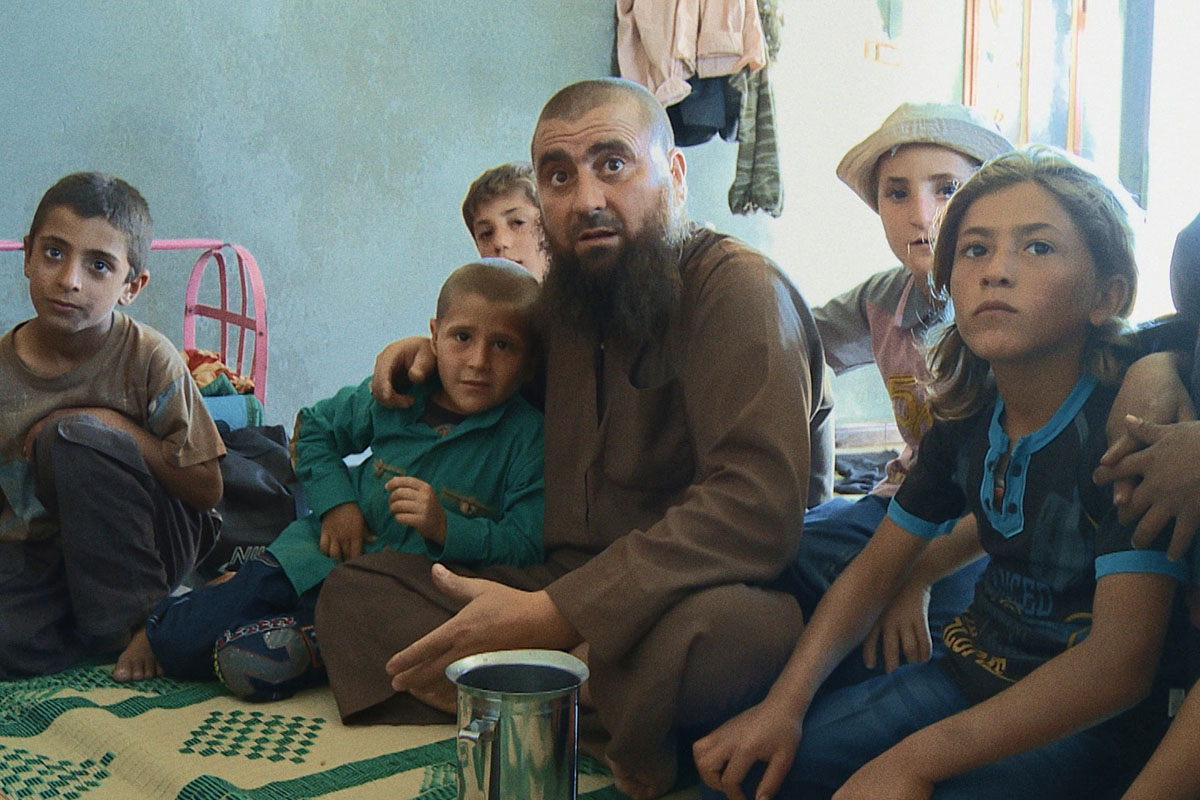 Everyone wants an Academy Award.

But for the last several years, nonfiction filmmakers working in the nonprofit sector have faced daunting competition in the race for the major film awards. Six years ago, I wrote an article called “Oscar Doc Campaigns Have Become Fast, Costly, and Out of Control”—and the situation has only gotten worse.

After winning the Best Documentary Oscar for Icarus in 2018, Netflix has aggressively sought further nonfiction accolades, most notably two years ago when four of its films made the shortlist, two were nominated, and one of its acquisitions, American Factory, won. Nowadays, with other multi-billion-dollar entertainment companies such as Apple and Disney (subsidiaries NatGeo and Searchlight Pictures) also aiming to scoop up prizes, increase their market share and the value of their libraries, what’s an indie documentarian to do?

“What we really need is campaign finance reform for the Oscars,” says Jess Devaney, producer of Pray Away, a Netflix acquisition, and one of this year’s many, many Oscar-qualifying feature documentaries. (Last year, there were 238 official entries in consideration.)

Unfortunately, such reforms aren’t going to happen anytime soon. For now, filmmakers looking to be taken seriously must come up with a minimum of $100,000 and carve out a few months of their lives to mount a campaign. Compared to the million-dollar-per-film marketing budgets of the streaming studios, low-seven-figure sums are a drop in the bucket, but at least it will get filmmakers in the door, with a publicist, a few emails to AMPAS members, and a promotional screening or two.

But is it worth it? Cash-strapped documentary filmmakers often have to make a difficult choice: Do they invest their limited funds in impact strategy and grassroots outreach, which are often crucial to a documentary’s underlying mission? Or should they put their money and energy towards awards campaigns, which can, of course, also lead to consciousness-raising as well as a career boost—though the return on investment is more risky.

“I love it when we get awards,” admits Erika Dilday, executive director of POV, the PBS documentary series, “but we put our focus towards engagement on a national scale, rather than getting voters to see the films. That’s not where we really are; that’s not what makes a film valuable to us.”

Likewise, in 2019, Devaney oversaw the release of another of her company’s productions, Jacqueline Olive’s Sundance Special Jury Prize-winner, Always in Season, which was made for the nonprofit PBS outlet Independent Lens. But rather than spend the money on an awards campaign, “We took those resources and prioritized them for our impact campaign,” she says. “If it costs several thousand dollars just to send email invitations to Academy members, that adds up.”

To ensure a film gets on the radar of the Academy’s documentary branch—made up of approximately 650 members—hopeful filmmakers can send e-blasts to them for a price. But even then, branch members can always opt out of receiving them. Other significant costs include holding screenings for Academy members and influencers. Bigger spenders, such as Netflix and Amazon, have major advertising budgets, paying for widespread for-your-consideration ads in everything from Variety to The New York Times, top-notch hotels and airfare to host filmmakers at events around the country, and costly food-and-beverage receptions, even during the pandemic. The documentary branch may be a politically enlightened bunch, but as one member adds, “Documentarians like the free food.”

To help allay the costs of AMPAS promotional screenings, IDA, the Los Angeles-based nonprofit media arts organization (and the parent company/publisher of Documentary), launched an in-kind Screening Series grant valued at $15,000 last year (open to directors or producers from historically excluded communities). While some filmmakers welcome such grants, others remain skeptical that such support can really make a difference.  “The nonprofit initiatives aiming to level the playing field are great,” says one documentary insider, “but at the same time it’s like giving someone a bottle of water in the middle of a drought.”

“It’s hard for filmmakers who don’t have money behind them,” agrees Emmy-winning filmmaker Stanley Nelson, director of this year’s contender Attica. “You have to know it’s a game, and you have to play the game.” Luckily for Nelson this year, Attica has the backing of Showtime Networks, a subsidiary of media conglomerate ViacomCBS. But when Nelson labored to get his PBS American Masters documentary Miles Davis: Birth of Cool nominated in 2019, he admits, “We were late to the game and a dollar short.”

And yet, for all the haranguing about the influence of corporate dollars and big advertising spends in the high-stakes bid for Academy recognition, documentary veterans point to the number of films in recent years that have been nominated without corporate backing, such as last year’s Collective and The Mole Agent, or Hale County This Morning, This Evening and Of Fathers and Sons in 2018.

“I do think there’s the ability for a really good film to rise to the top,” says Wendy Lidell, Senior Vice President, Theatrical Distribution & Acquisitions at Kino Lorber, which backed Of Fathers and Sons. Lidell and others say it’s still possible for smaller films to get nominated with strong reviews and critical support; a compelling filmmaking story (in the case of Of Fathers and Sons, the director literally risked his life to make the film); and having connections with other documentary filmmakers and members of the documentary branch.

“The key is finding champions,” says LA-based publicist David Magdael, whose company is representing several documentary contenders. A film needs to have excellent craft and a story that resonates with viewers, according to Magdael, but then you need to get the documentary branch members to watch it. And to do that, he says, “We look for champions within the doc branch, the doc community, or the regular marketplace who can say to others, ‘You have to watch this film.’”

Industry veteran MJ Peckos, who is working on the Brazilian documentary The Last Forest, agrees. “You have to find champions”—Oscar nominated director Lucy Walker, for example, recently hosted a screening of The Last Forest in LA—and “just continue to talk to members.”

Independent New Orleans-based producer Darcy McKinnon, who is mounting an awards campaign this year for her and CJ Hunt’s The Neutral Ground, is doing just that—“working the documentary branch like a political campaign and reaching out to people who we think would see value in the film,” she says.

McKinnon acknowledges that it can feel intimidating competing with the likes of Netflix and Apple. She says it’s especially challenging not being in New York or LA, and not having any institutional support from their funders (“Trust me, I’ve asked,” she says). But in aligning with affiliated groups that organically connect to the film’s message, such as the Southern Poverty Law Center, Color of Change, and the Smithsonian’s African American History Museum, McKinnon feels the effort is worth the financial and sweat equity. And even if the film doesn’t get nominated for an Oscar, McKinnon says their efforts may pay off in other accolades, such as an NAACP Image Award or Critics Choice Award.

For the Academy Awards, however, it might be a different story. Julie Goldman, a two-time Oscar nominee and producer of this year’s Apple entry The Velvet Underground, admits she will be surprised if this year’s nominees aren’t dominated by the media goliaths. Goldman, who was an executive producer on The Mole Agent, says last year’s outsider nominees were likely more the exception than the rule.

“There was a certain leveling of the playing field because of the pandemic,” says Goldman. “Because $50,000 dinners weren’t happening and the money that was being thrown at these campaigns was neutralized, you could be in the mix if you were doing a grassroots campaign. But now I don’t think that’s realistic.”

Rather than continue to throw hundreds of thousands of dollars at awards campaigns, Goldman suggests independent documentary filmmakers might begin to stand aside and let the corporate giants fight it out. As she says, “I think people are going to start to drop off and say, ‘I can’t do this; I just don’t have the time or capacity to spend months campaigning with a film, because I have other work that’s important for me to do.’”

END_OF_DOCUMENT_TOKEN_TO_BE_REPLACED

Oscar Mired: The Peaks and Pitfalls of an Awards Campaign

Generating a Buzz without Getting Stung: What a Successful PR Strategy Can Do for Your Film

Journey to the Academy Awards: An Investigation of Oscar-Shortlisted and Nominated Documentaries (2014-2016)