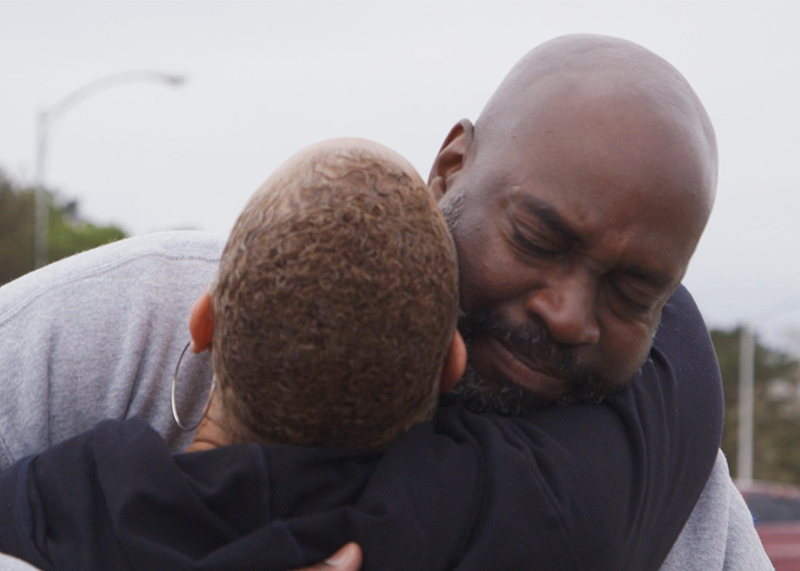 The criminal justice system is in the DNA of Bay Area filmmakers Kelly Duane de la Vega and Katie Galloway. Both grew up with "civil rights fathers" and have been making documentaries on the criminal justice system for many years. Their films include the 2011 documentary Better This World, which follows two childhood friends from Texas who got arrested on terrorism charges at the 2008 Republican National Convention. Better This World earned the IDA Creative Recognition Award for Editing, the Gotham Award for Best Documentary and the Writers Guild Award for Best Documentary Screenplay.

Their most recent film, The Return, which received an IDA/Pare Lorentz Documentary Fund grant, looks at the legacy of mass incarceration. But unlike their other films on the criminal justice system, The Return is a beacon of hope. This film, made in an "immersive vérite" style, observes the impact of Prop 36, which was passed in 2012, and revised California's long-standing "Three Strikes" law.

Under Prop 36, offenders currently serving life sentences now have the possibility of re-sentencing and release from prison. This has wide-ranging implications. Documentary caught up with de la Vega and Galloway to discuss a whole host of issues about Prop 36, the legacy of mass incarceration and making The Return. 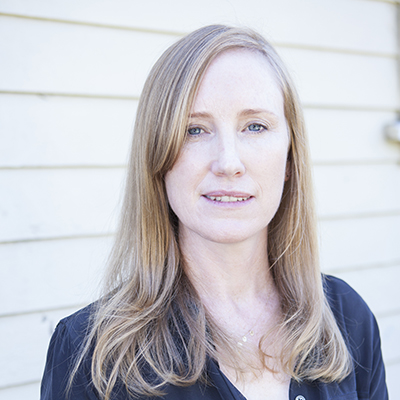 What was the impetus to make this film?

Kelly Duane de la Vega: We've spent years making utterly heartbreaking stories, and when we got wind that Proposition 36 was on the ballot and that there was a chance for a reform, we were really excited. When it passed, we jumped at the opportunity to follow the implementation of reform.

You have a long history of making films about the criminal justice system. How did you go about finding the particular story you were going to tell about the passage of Prop 36? 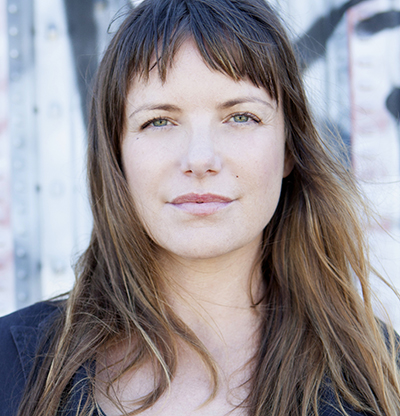 Katie Galloway: Kelly knew Mike Romano from the Three Strikes Clinic [now the Stanford Justice Advocacy Project] personally. That's how we got word of this potentially coming on the ballot, and we were able to follow it from early on. When it did come on a ballot, we did a series of Op-Doc shorts for The New York Times on nonviolent offenders serving life under Three Strikes as a sort of prelude, knowing that if it were to pass, we would follow the story.

We knew that we didn't want to just look at it as people coming out [of prison]. We also wanted to look at it institutionally—how Prop 36 plays out in the courtroom, in prison and at reentry facilities around California. And we also wanted to foreground the impact on families.

The Return follows two men, Kenneth and Bilal, as they are resentenced and released from prison as a result of Prop 36. Additionally, there are other characters and issues woven into the film. What was the vision behind this form of storytelling?

KDV: The commitment and vision behind our work is to push for balanced stories that really draw our viewers in. We hope to connect with our viewers on universal themes and things we can all share.

We also really care about serving the larger political issues that the people in our film are grappling with. From the onset we knew that we would follow individuals closely, and we also use Mike and Susan [from the Three Strikes Project] as a vehicle to shed light on the larger structural issues that are creating so many obstacles and struggles for our central characters. 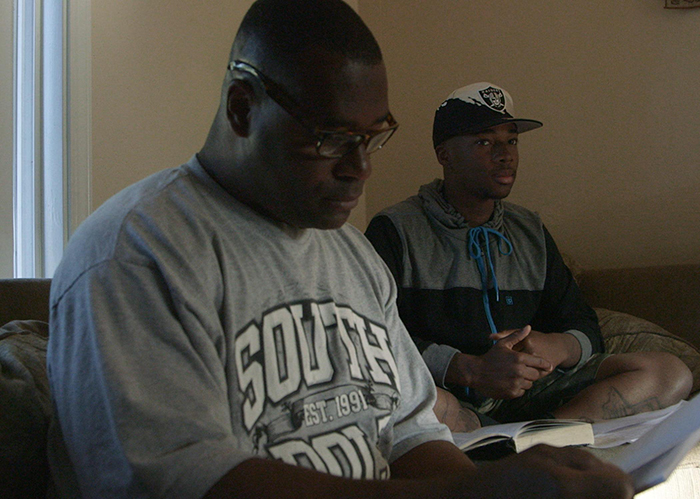 What were your goals in making this film?

KDV: One goal was to lift up the voices of the people who are really living the legacy of mass incarceration. These voices are rarely heard as loudly as they should be. We also wanted to share these stories with people who have neither intersected with individuals who have been incarcerated or have a loved one incarcerated. We want people to have a real human being in mind when they're hearing politicians talk about sentencing and sentencing reform, so they understand who we're really locking away.

In our experience, when you're able to create a deep connection, it affects the way people vote, and the way people make decisions in terms of hiring.

The mainstream media has created a myth that everybody incarcerated is a terrifying monster that we want locked away. So it really was about pulling the curtain back and saying, "This is who we're throwing away. These are the lives that we have collectively decided are okay to throw away." By pulling back the curtains and inspiring empathy, we believe we can effect change.

KG: Beyond that, we really wanted to raise consciousness about a constellation of issues, including the length of sentences, the incarceration of the mentally ill, the over-incarceration of poor and people of color, and the criminalization of addiction. We and many others see this as something that should be dealt with as a public health issue. We also want to raise awareness about the collateral damage to families and communities. 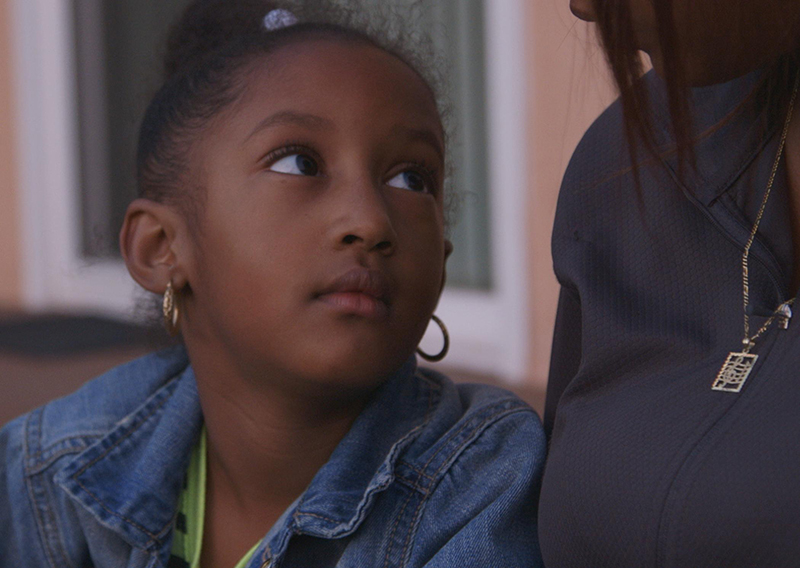 Can you explain collateral damage in this context?

KG: For every person who has been incarcerated or is currently incarcerated, there are several women and other family members who are impacted. Those numbers just multiply when you think about the people who the incarcerated left behind, and who are "doing time on the outside," which is a way a lot of people talk about it.

This is a difficult story, with many ups and downs with Kenneth and his family. How did you as filmmakers handle the difficult parts?

KDV: We ended up building a lot of trust with Kenneth and the Anderson family. There were hard times, and it wasn't like every time we came to film they were delighted to see us. But the relationship was deep with us, as well as with our co-director and cinematographer, Mario Furloni. And we always kept talking about what was going on.

I think in some ways the [filmmaker/subject] relationship just organically worked. It was very painful when Kenneth started using drugs. We were worried about him, and we wanted him to be successful. We grew to care a lot about him.

So how did you reconcile watching someone you care about struggle, with your job as filmmakers to continue making the film?

KDV: We kept showing up with the camera, and we kept asking questions such as, "How do you feel about this? What are your concerns? What are your hopes?" We kept the dialogue going. I think a lot of times when we're suffering and something painful is happening in our families, we're just trying to cope. We're not always in a position where we're sharing our feelings. But Katie and I were. We were asking everybody, "How does this feel?" and trying to engage them in a conversation. After the family saw a private screening of the film they told us, "When this was going on, we weren't really talking to each other about what we were feeling, and it was really helpful that you guys would come and push us to think about what we were feeling." 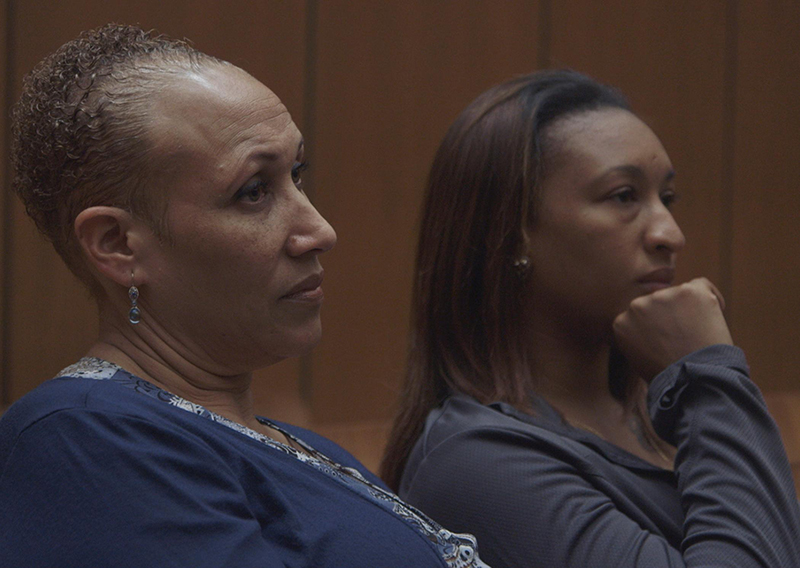 People who haven't been locked up for long prison sentences do not understand the intensity of life on the inside and the complexity of reentry. What did you as filmmakers, who were close to the situation, come away with?

KG: I think none of us—including the filmmakers—understood the problem of what it really means to try to transition back into everyday life after living in a system that is really so ill-suited to life on the outside.

This is so important, and we as Americans don't look at our own system in a historical context, nor do we look at other countries where reentry and rehabilitation are taken seriously.

In the US, it's pretty horrific in terms of prepping people to life outside prison. It's very, very hard to just jump back into a loving family and expect everything to go okay.

In fact, a really loving, stable family may not be the place to go. It really is an important—and for most people—a necessary step to have some kind of support, probably a reentry home, but at least some kind of really healthy support system. Whether it's a social worker that is assigned to the family, or something where they're not just doing it on their own, it's something that mere mortals are going to have a hell of a lot of trouble with after a sentence that long. We do think about it with people returning from war, and that analogy is made in the film. And we think that has to be taken seriously.

The Return is a film, but there is another component to your work. Talk about The Return Project, which accompanies the film.

KG: We care about our film as art and cinema absolutely, and we also care deeply about the issues. The Return Project brings issues in the film into public view [with a campaign and screenings for people in prison, prospective employers, etc.]. 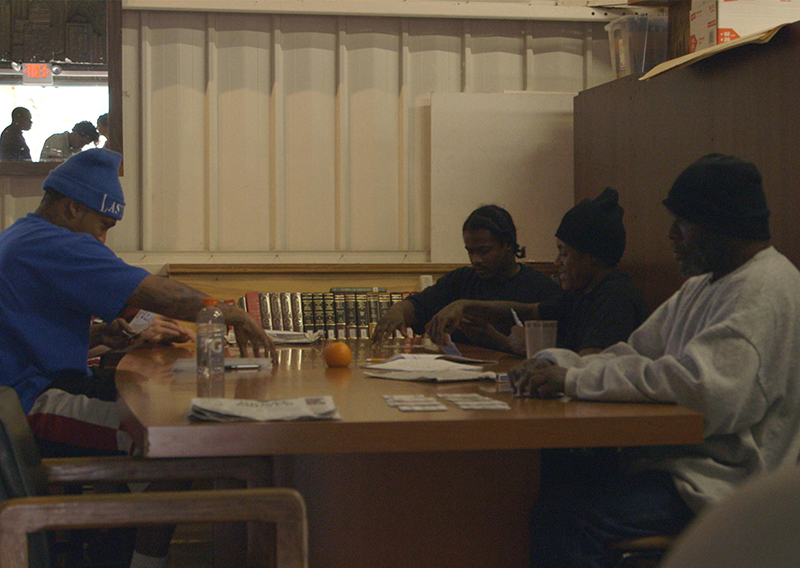 What does that entail?

KG: The Return Project is going to focus primarily on reentry services. Whether that becomes exclusively about advocating for strong reentry homes or other kinds of reentry support, it's about bringing to consciousness the importance generating those services.

We have the specific focus on jobs right now, so we're encouraging employers by doing screenings in HR departments and really making that the primary focus of the campaign.

How long is The Return Project campaign going to continue?

KG: We'll continue to campaign for at least 12 months—longer if we can get the support. We are lucky to have gotten support from the Ford Foundation and many others to take it on the road and talk about reentry in prisons. We've had two prison screenings so far, and it's really helping people who are coming out understand not just what they're up against, but also where there's hope.

KDV: Bilal, one of the subjects in our film, was at one of the prison screenings. He offered hope and real wisdom about how to try to survive and deal with all the variables that are in front of you after you have a felony conviction. After seeing the impact this had, we felt incredibly committed to doing more work on a prison screening tour.

Any last thoughts about the film, your hopes for it, and what it can help achieve as it makes its way into the world?

KG: One epiphany that we've had along the way is, "Think of all the resources that have gone into building mass incarceration." All the brains, the political motivation—and the attached industries.

If you were to redirect a lot of that energy and those resources, the healthy and humane outcomes could be as mind-boggling as the growth of mass incarceration itself. That's the moon shot; that's what we'd love to see.

END_OF_DOCUMENT_TOKEN_TO_BE_REPLACED

Comparative Shakespeare: The Whole World's a Stage--Be It a Classroom or a Prison