'The Seventh Fire' Explores Gang Life on the Reservation 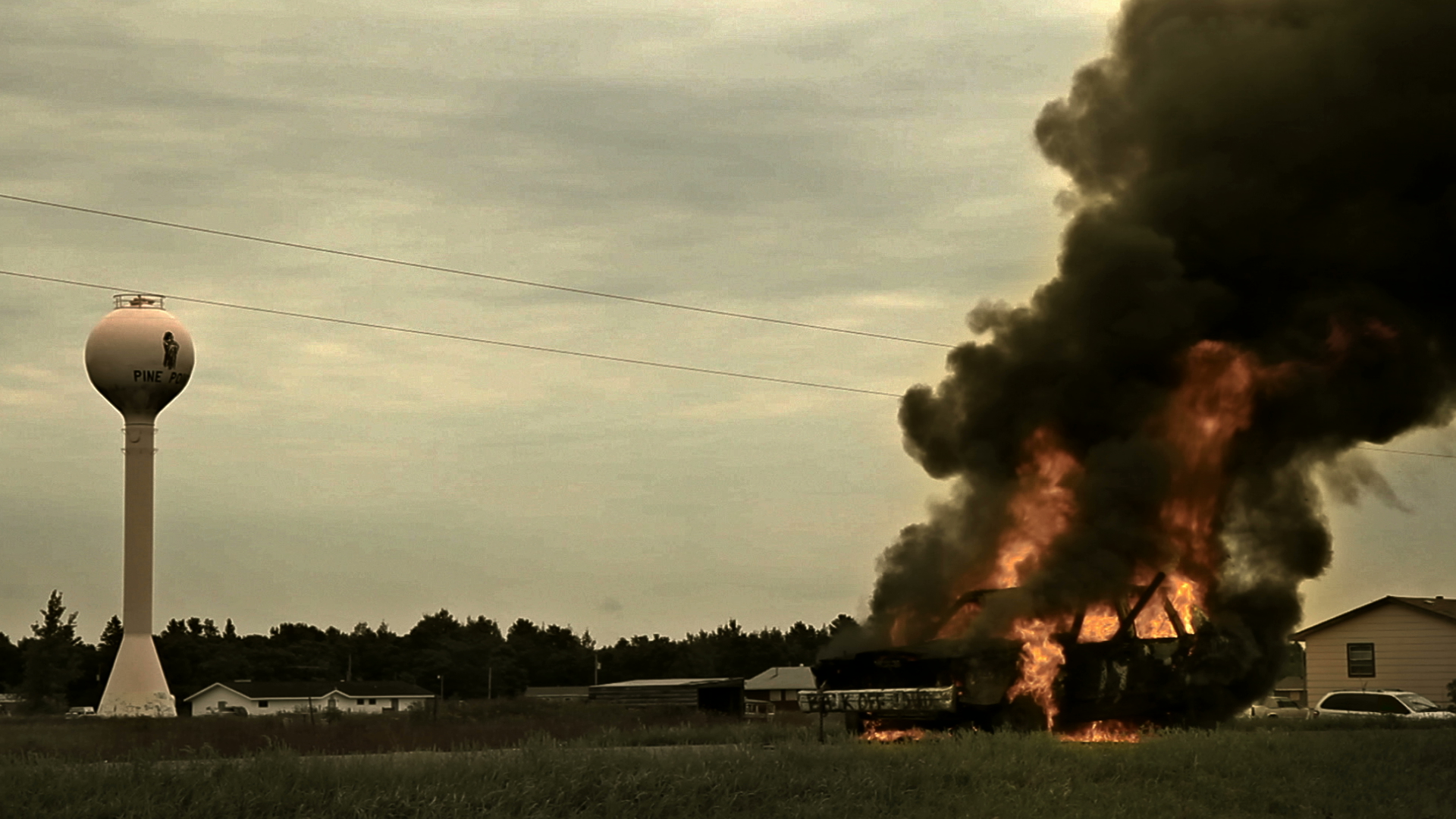 Jack Pettibone Riccobono’s debut feature, The Seventh Fire, which opens today in New York and July 29 in Los Angeles through Film Movement, takes an elliptical approach to exploring gang culture on the White Earth Indian Reservation in Minnesota. The film is a powerful work of social advocacy that pushed its case for criminal justice reform all the way to the White House. At the same time, it’s a poetic and immersive work of cinema that bears the official imprimatur of visionary director Terrence Malick.

Riccobono’s camera vividly depicts the reservation’s Pine Point Village as a stagnant and desolate community, neglected by the economy and locked in a cycle of hopelessness. Though wary of the potential cliché, Riccobono considers the landscape a character in the film: “Part of what is surreal about the film is that you associate gang culture with prisons and inner cities. And here we are in these bucolic Minnesota forests and lakes and farmland—and in the middle of that, very intense areas of gangs and drugs.”

The Seventh Fire introduces viewers to this environment without interviews or exposition, then sharpens its focus on two protagonists: Rob, a charismatic, self-taught writer and longtime drug dealer who has spent much of his life in prison; and Kevin, a cagey but likable teenager whose lack of options is steering him towards Rob’s career path. 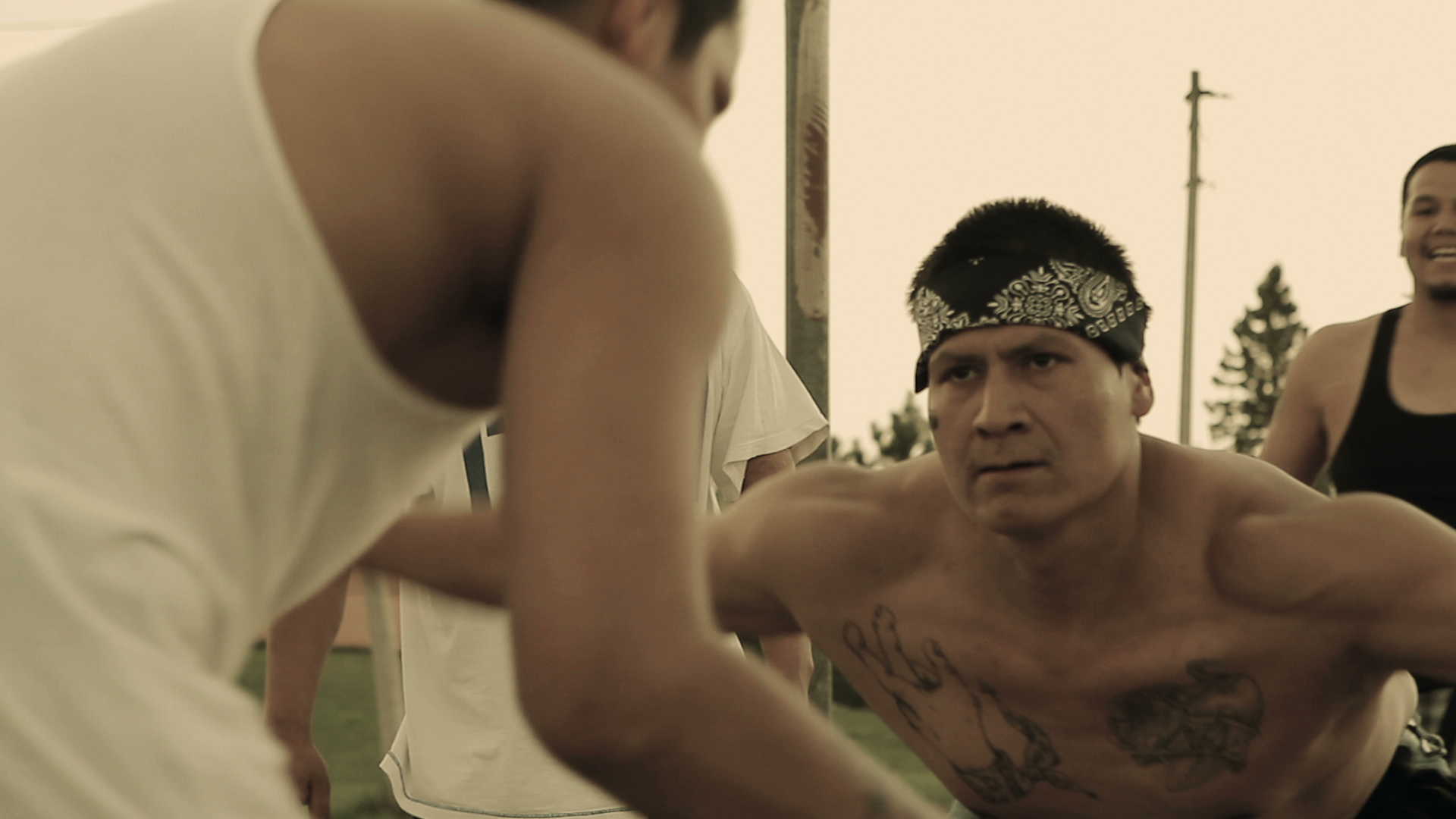 Over the course of 14 shoots and three years, the filmmakers formed a strong bond with Rob, and they consider him a collaborator on the project. “He had this incredible way of reflecting on his situation and expressing himself, while still being really stuck in the problems that are all around him,” Riccobono explains. “He went through 39 foster families as a kid, and then the juvenile system and the prison system. And he had a very strong sense of his Native American identity, which came from his grandfather when he was a really little boy.”

“But he was clearly torn between that Native identity and the gang identity, which also had a major hold on him,” Riccobono continues. “There was a real conflict and a push and pull between those things.”

Riccobono could sense that Rob was ready for a change, and that he saw the filmmaking process as “some kind of legacy and creative endeavor that he could share with his children.” 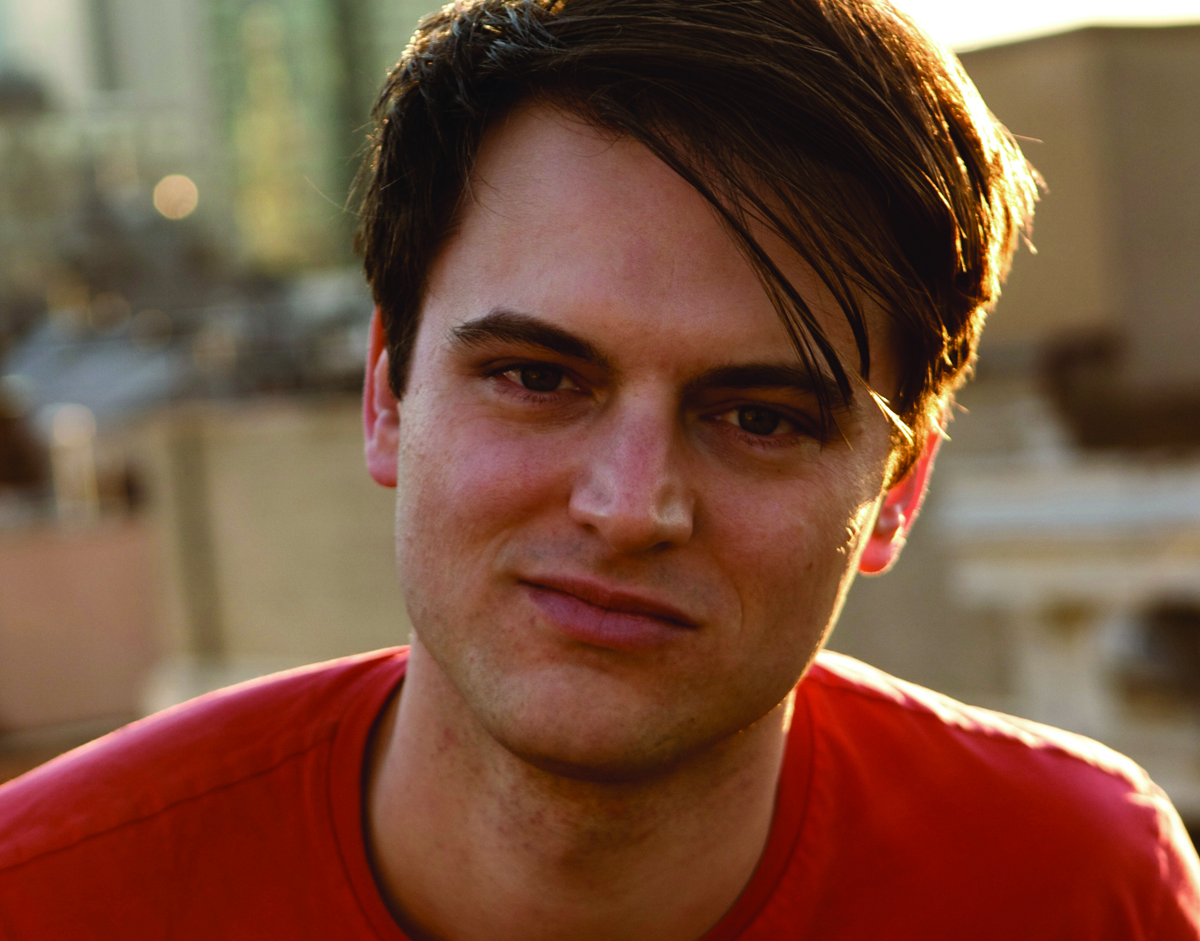 The Seventh Fire is nonfiction, but Riccobono, Shane Slattery-Quintanilla and Andrew Ford are credited as writers. “We spent a lot of time crafting the structure of the film, in terms of the three acts, but also the character arcs of Rob and Kevin and how they intersect,” the filmmaker explains. He also sees the documentary fundraising process as a kind of “imaginative exercise,” almost like a screenplay. When putting together grant proposals, “You sort of shape the film before you 100 percent know what it is or where it’s going.”

The film has taken a number of surprising turns on its journey to theatrical release. This past March, The Seventh Fire was screened at the White House, with a post-screening panel moderated by Slate’s chief political correspondent, Jamelle Bouie.

The panel’s participants included Rob and Kevin—the latter of whom was making his first trip outside of Minnesota—as well as Bill Keller, from the Marshall Project, and Karen Diver, President Obama’s special assistant on Native affairs. The conversation was live-streamed, and is now available to view online.

As further evidence of the unpredictability of the team's outreach campaign, Riccobono points to The Seventh Fire’s screening in Iran last December at the Cinema Vérité Film Festival. “There are probably not that many projects that are screened in Tehran and three months later at the White House,” he notes. 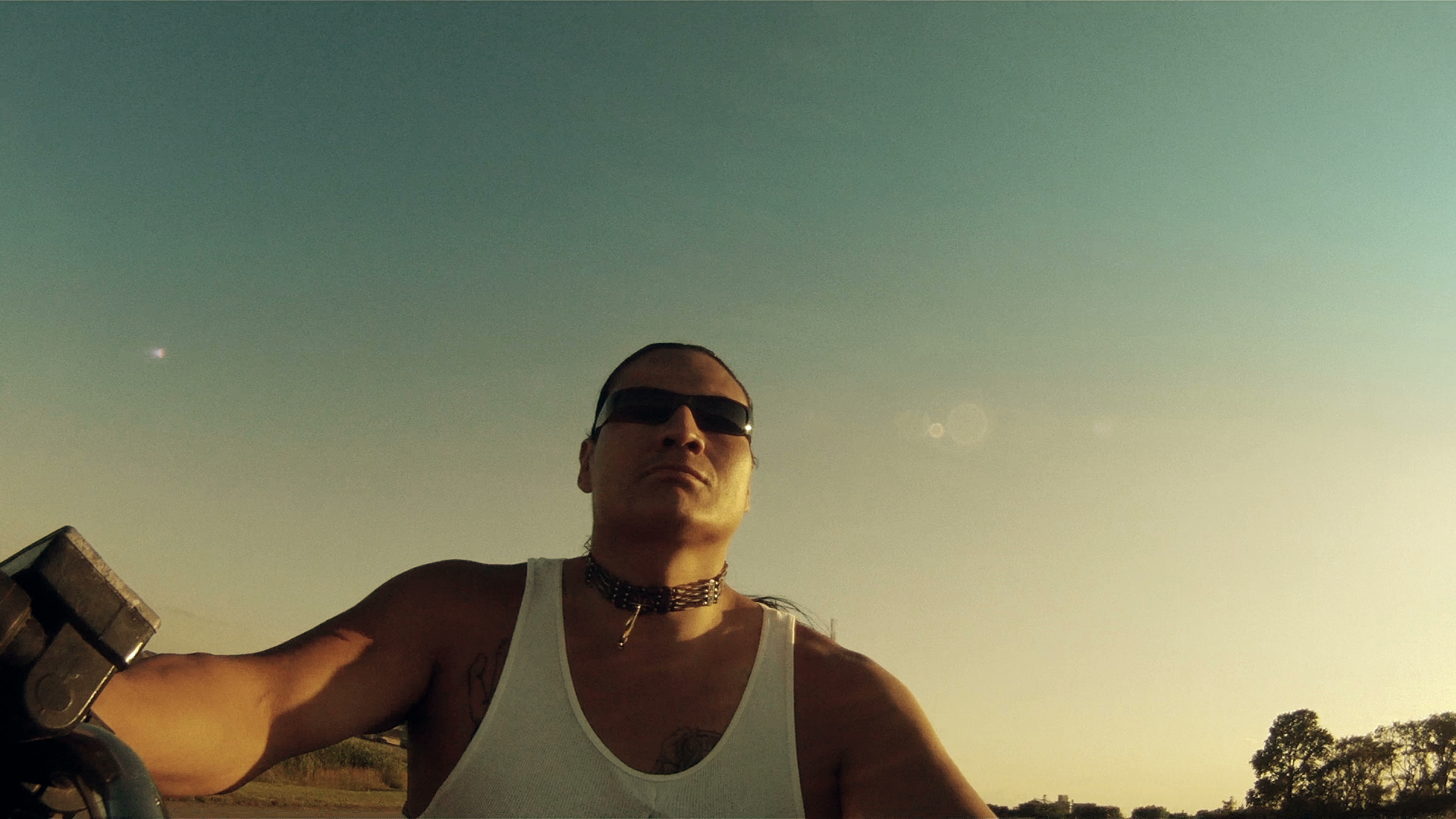 For a debut documentary, The Seventh Fire boasts an unusually impressive pedigree, with several influential executive producers shepherding the film to the big screen. Chris Eyre, who directed Sundance Audience Award-winner Smoke Signals, “watched probably more than ten cuts of the film in post-production, and gave us notes,” Riccobono says. “He’s also been a real advocate out on the festival circuit and the outreach tour. And he’s actually gotten very close with our main subject, Rob.”

Actress Natalie Portman, who was familiar with Riccobono’s short films, got involved when half of the production had been completed and traditional means of funding were out of reach. “We applied to maybe 50 grants for this project, and received none,” Riccobono says. “Natalie is very thoughtful about how she can help projects at all levels reach a greater audience. So she said, ‘What can I do to help?’ She came on board as an executive producer, and that made a tremendous difference in terms of us being able to raise money from some private foundations to finish production and post-production.”

A filmmaker herself, Portman watched several cuts of the film and gave notes. “During that process, she thought that [Terrence] Malick would respond to the style of filmmaking and also the subject matter, because he is from Oklahoma and has had a long interest in Native American stories.” 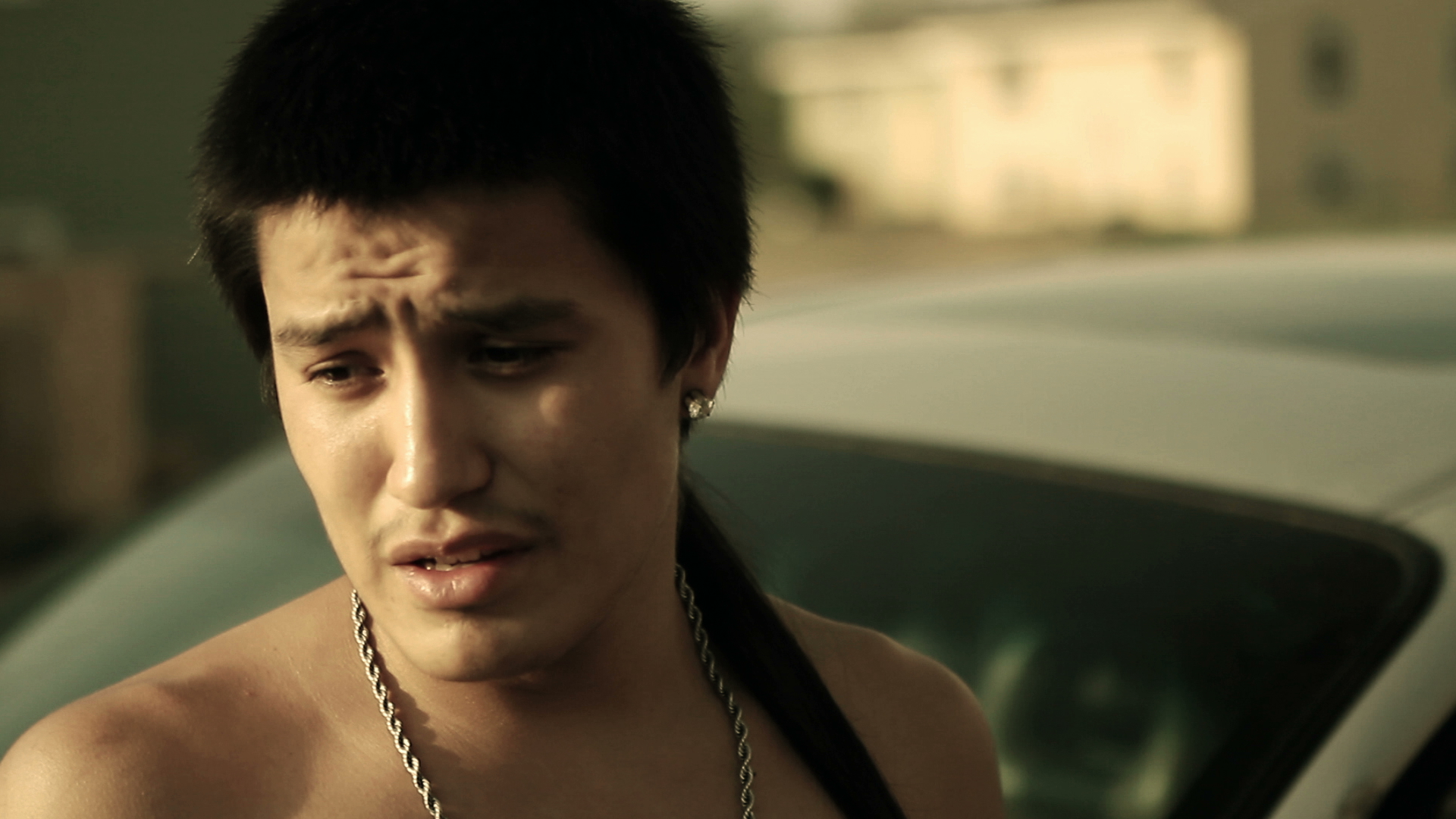 Portman put the filmmakers in touch, and Malick joined the team an executive producer, lending his name and cachet to the film’s promotion. He also gave notes on rough cuts of the film, and met with Riccobono in person while at the Berlin Film Festival.

“We weren’t on the hunt for random celebrities to attach to the project,” Riccobono explains. “We were definitely thoughtful about it. And quite frankly, we really needed these people to help in making the project. If we had gotten traction in another avenue, it may not have gone in this direction.”

Riccobono’s hope is that Eyre, Malick and Portman’s participation will help their visually striking, character-driven documentary find adventurous viewers. “We really wanted the film to reach as broad an audience as possible. We thought it had the potential to break out into another audience segment that maybe wouldn’t go to a more traditional social issue documentary, but could be drawn into this story and take a chance on it.”