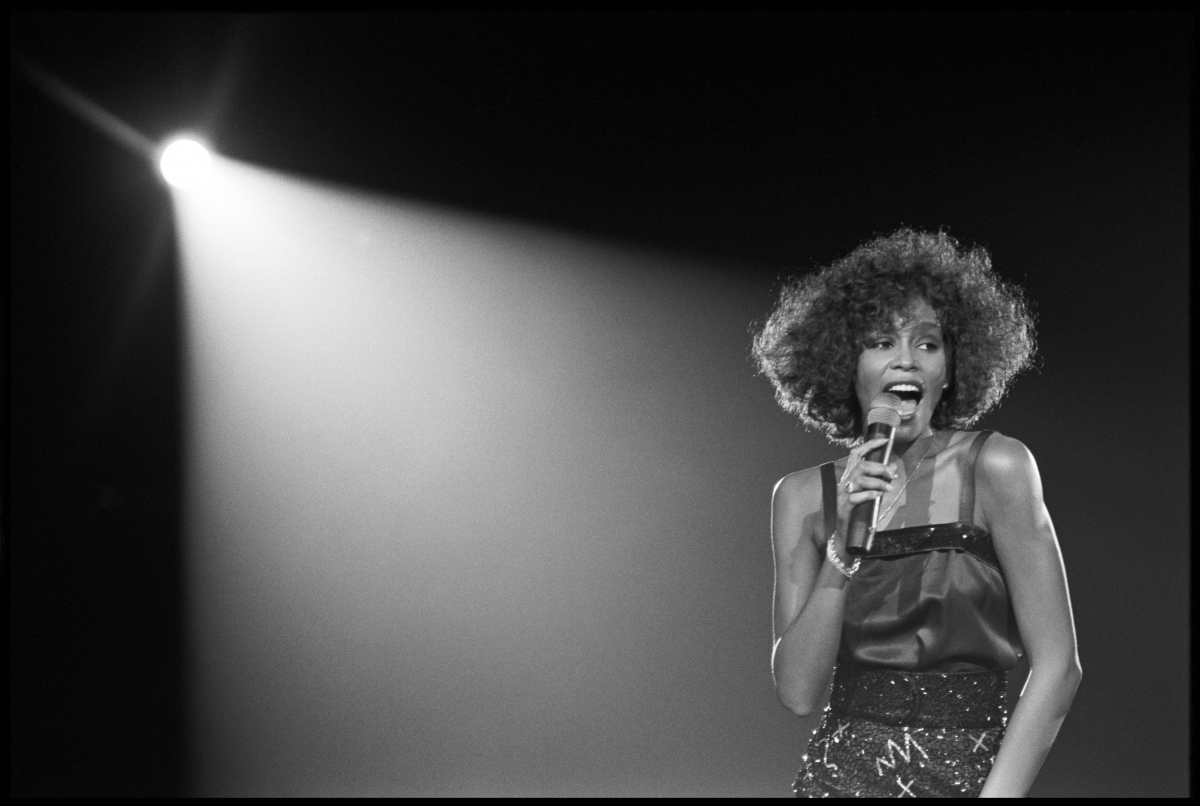 When the Los Angeles Film Festival (LAFF) moved from its downtown digs to Culver City last year, I noted that the relocation marked a return in spirit to its previous residency in Westwood in the 2000s--where its cluster of venues within walking distance of one another and its close proximity to UCLA gave it the self-contained energy of a festival. Well, I thought that, anyway, but according to IndieWire's Anne Thompson, LAFF lost 45 percent of its audience last year in the wake of its westward move.

So this year, under the leadership of Jennifer Cochis, LAFF expanded its presence, retaining Culver City as its core while programming at the ArcLight Cinemas in Hollywood and Santa Monica. Downtown LA made a muted comeback too, with The Theatre at Ace Hotel hosting two screenings.

In another new development, every film received just one screening over the course of the nine-day festival - plus an additional one if it won an award - so, coupled with this diffusion of venues, the potential press and festival buzz that is always so crucial for building audiences and attention was impacted.

Just about every month in the calendar is a crowded one for festivals, and June is especially challenging for doc programming, with Sheffield Doc/Fest and AFI Docs anchoring the month. Nonetheless, Cochlis and her crew managed to assemble an impressive slate of docs, tapping into a rich mother lode of LA stories and LA storytellers to give the festival its singular imprimatur.

The 25th anniversary of the Los Angeles Uprising inspired a spate of documentaries this spring, and LAFF assembled several of the makers for "State of Emergency: 25 Years after the LA Riots," a panel moderated by retired NBC News correspondent George Lewis, who had covered not only that event, but the Watts Riots in 1965. The panel, part of LAFF's Diversity Speaks series, included Sacha Jenkins, here with Burn Motherfucker, Burn!; Grace Lee, director/producer of the interactive Web project K-TOWN '92; Daniel Lindsay and T.J. Martin, directors of LA '92; and Justin Chon, director of the fiction feature Gook.

Lee was living in South Korea at the time, and for her, "April 29 was a huge turning point in our history; it was like our 9/11." In making K-TOWN '92, she sought out to show that "Koreatown was not monolithic and that the media offered one way to look at the story." The interactive experience of her project consists of a series of three-minute clips. "Each clip comments on each other," she said. "There are no experts. These are people you haven't heard from."

Martin explained that he and Lindsay had made LA '92 purely out of archival material - no interviews with witnesses or experts - "to preserve the emotional integrity" of the uprising. Jenkins praised Martin and Lindsay's approach as "brilliant," but he opted to glean a quarter-century perspective from a cross-section of witnesses: "I wanted people to understand why blacks were pissed off," Jenkins maintained. "It was because things kept happening over and over again."

Lewis asked the panel if something like the '92 uprising could happen again. "We shouldn't be surprised if it does; it happened in Ferguson and Baltimore," Lindsay pointed out. "It's a question of when it happens," Martin added. "What will be the response?" Lewis followed up, wondering if the filmmakers were making a difference with their work. "It's a misconception that art can create change," Martin admitted. "It can inspire, but I don't think it's the pillar of change. The prime mover is emotion and empathy; it filters through our perspective. We tried to create a sense of cognitive dissonance through our film. The story comes first, with the intention to elicit a conversation. How do you make sure that you're having an outside-of-the-bubble conversation? That's why it matters who's telling the story."

With a staggering homeless population of 58,000 in Los Angeles, it takes someone with a capacious heart to try to make a difference in the lives of at least a few of these individuals. Craig Mitchell, a criminal courts judge in downtown LA, has done just that: He launched a running club for homeless men and women. Filmmakers Mark Hayes and Gabrielle Hayes spent a number of years following Judge Mitchell as he leads six of his runners struggling to overcome their own personal demons and restore a sense of dignity. Making its world premiere at LAFF, Skid Row Marathon earned both the LA Muse Documentary Award and the Audience Award for Documentary Feature Film.

One cannot tell the story of Los Angeles--or America, for that matter--without touching upon its rich and complicated history of immigration and its impact on urban planning and municipal politics. Billy McMillin, renowned for his editorial prowess on such films as Meet the Patels, Project Kashmir and Iraq in Fragments, made his directorial debut at LAFF with The Classic, a year-in-the-life of two rival East Los Angeles high schools, Garfield and Roosevelt, as they gear up for the season-ending game - The Classic. Much more than a football doc, The Classic is about poverty and the undocumented, community and pride, and aspirations and expectations. McMillin's years as an editor, shaping the narrative and developing the most compelling characters, served his first foray in the field, as students, parents, teachers and coaches all persevere through a world that doesn't want them, as amplified by the anti-immigrant vitriol that persists as a contrapuntal soundtrack throughout the film. And while the game itself lends predictable energy, it's the post-game, as fall recedes into winter and reality takes over, that crystalizes The Classic. As one of the players observes, "The beauty of this country is its beautiful colors." The Classic earned a Special Jury Prize.

Julia Meltzer's Dalya's Other Country profiles another family that had immigrated to Los Angeles - this time from war-torn Syria. Meltzer focuses on Dalya, a teenager who negotiates life in a Catholic girls school, while holding onto the traditions of the old country. Her parents are divorced - her father had remarried and relocated to Turkey, while her mother and older brother Mustafa - also the co-producer of the film - help to raise Dalya in her "other country." Other the course of four years, Dalya grows up, asserting her independence and identity as a Syrian-American, while not shying away from American high school traditions like team sports and proms. Throughout, she wears her hijab. "It reminds me of who I am and where I'm from," she asserts. "My future involves my country and my past." As the credits roll, we see Dalya and her family demonstrating at LAX against Trump's travel ban. "Immigrants are more comfortable about being empowered," Mustafa maintained in the post-screening Q&A. "Trump is the best thing that ever happened to Muslims; he raised awareness of a lot of issues." Dalya's Other Country opened POV’s 30th season.

Finally, you can't discuss Los Angeles without touching on fame and celebrity. Nick Broomfield teamed up with Rudi Dolezal for Whitney: Can I Be Me, which tells the story, through a trove of footage and interviews, of the rise and fall of mega pop star Whitney Houston, who died of an overdose in her Beverly Hills hotel room on the eve of the 2012 Grammy Awards. "This is one of those films where our best friends are our lawyers," Broomfield quipped prior to the LAFF screening; he and Dolezal had made the film without the cooperation of the Houston estate.

Houston had hired Dolezal to film her 1999 tour through Europe. He never released the film - at the time, the media focus was on her drug addiction, and Dolezel didn't want to address that at the expense of her still luminescent talent - but his footage serves as the narrative spine in Whitney: Can I Be Me. The film begins at the end, with nighttime footage of the Beverly Hilton as we hear the 911 call, then cuts to the artist on stage, 13 years earlier, as she summons up everything she can muster for that death-defying crescendo that brings down "I Will Always Love You." This was the turning point for her, as her career teetered at that moment between artistic deliverance and personal decline. Not only do we see her captivating performances, but also - in Dolezal's footage and elsewhere - the backstage dramas that would foreshadow her decline: the long-simmering feud between Houston's best friend (and rumored lover), Robyn Crawford, and husband, Bobby Brown; the friends and family tapping into her revenue streams; and, yes, the drug use.

And while her rise to stardom and her staggering dominance of the pop and R&B charts may have all the trappings of a fairy tale, even those gilded years were far from happy. Whether it was Clive Davis, the music mogul who oversaw a more sanitized - i.e. less black - Whitney to reach a mainstream audience; or her mother, Cissy Houston, who, despite a successful career as a backup singer to the likes of Aretha Franklin, never achieved the level of fame that her daughter would; or her brothers, who in the film, admit that they turned her on to drugs at an early age; or her father, who, late in her career, sued her for $100 million….everyone wanted a piece of her. Hence the film’s subtitle: "Can I be me?"

Despite the dearth of A-list music industry executives and artists in the film, Broomfield and Dolezal managed to secure a solid roster of testifiers. And there are the revelatory archival interviews of Houston herself: "A lot of what I do is not fun," she reflects in 1996. "Fame and money don't make you happy." In the Q&A, Broomfield shared that "This story and [the story of] Aileen Wuornos have both moved me. Making a film is an exploration, and you follow what moves you most. You're not thinking in terms of the Estate. It was about helping the world have a true picture of who this person was."

In the end, her career and considerable gifts nearly an afterthought, she died alone, in a hotel bathtub, her perpetual question, Can I be me?, finally answered.

END_OF_DOCUMENT_TOKEN_TO_BE_REPLACED

LA Film Fest Serves up a Global Feast of Docs