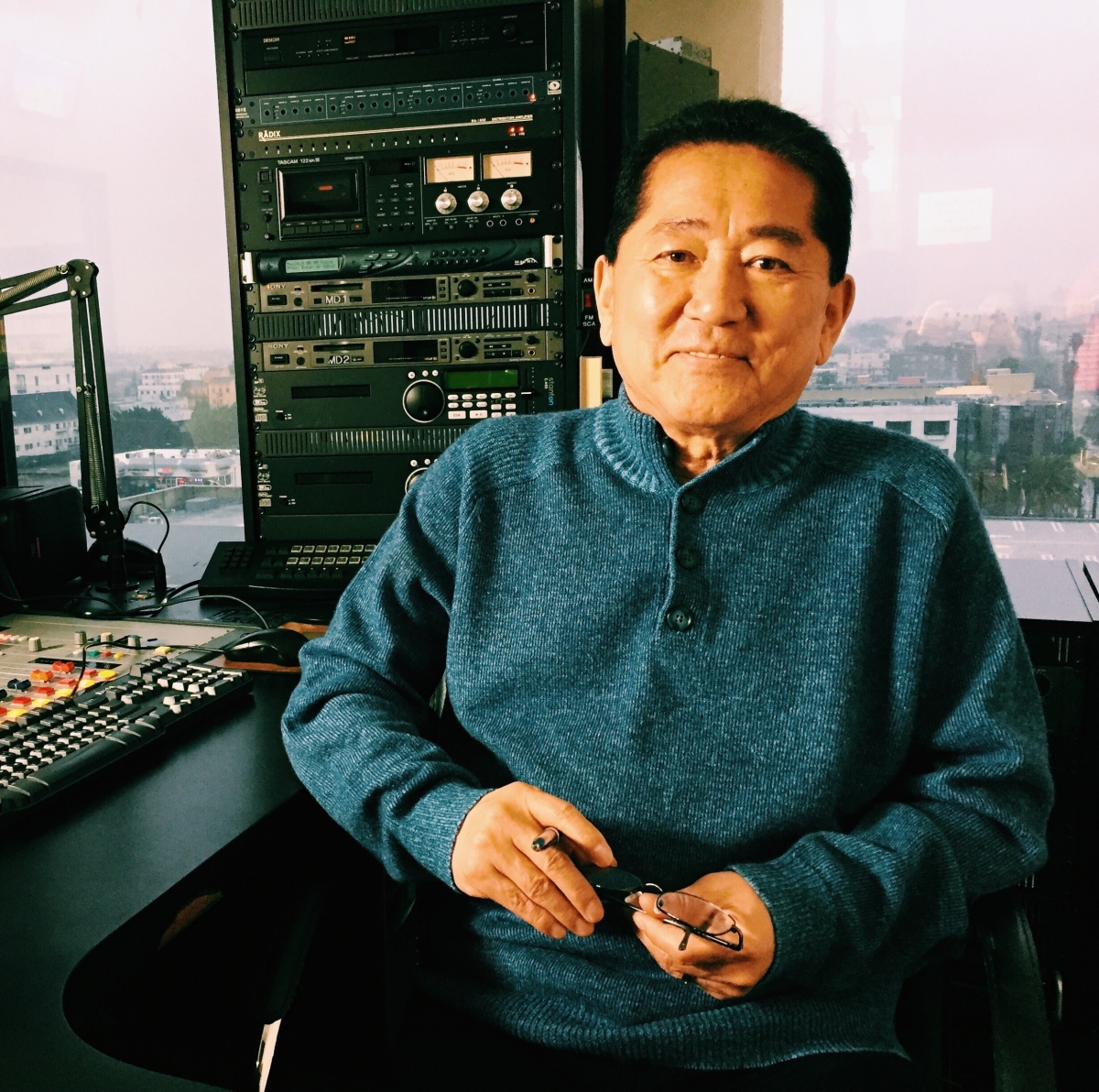 Editor's Note: This article comes to us courtesy of the Center for Asian American Media (CAAM).

Filmmaker Grace Lee uses the medium of documentary to paint a picture of Asian American lives with insight and honesty. Her films include The Grace Lee Project, American Revolutionary: The Evolution of Grace Lee Boggs and Off the Menu: Asian America.

Her newest project, K-TOWN ’92, is an interactive documentary of the 1992 Los Angeles Riots. It comes 25 years after Los Angeles erupted in flames and anger after Los Angeles police officers were acquitted of savagely beating motorist Rodney King - the videotape of which was viewed around the world as evidence of a long history in Los Angeles of police brutality against African Americans. The project, which launches April 27, includes several dozen interviews with a diverse cross-section of people who lived through the upheaval. On April 29, K-TOWN '92: Reporters, a short documentary that Lee directed about four Los Angeles Times staffers who covered the riots, will premiere online on PBS' World Channel.

The uprising was pivotal across many axes. It exacerbated the historic disinvestment in low-income communities of color, giving banks, grocery stores and other businesses further reason to ignore neighborhoods like South Central and Koreatown. It showed the TV-watching public an endless loop of police violence against ordinary citizens, arousing a popular anger that echoed the response to the Vietnam War. It laid bare the corruption and cover-ups in a major urban police department.

To Lee, the days of unrest also brought Korean America to mainstream consciousness like nothing before it. It was a warped, racist, myopic gaze, but it got airtime nonetheless. Through the K-TOWN '92 project, Lee and her team insert new voices, new images and new ideas onto the "show" that the LA riots became. I had the chance to speak to her by phone recently as she packed to return home to LA from the Bay Area.

What is an interactive documentary? Why this format?

There are many definitions of an interactive documentary. Everything exists on the website, and you come and have an experience as a user. It's almost in some ways like a deconstructed documentary. Given limited time and resources, the idea is to have a different experience of this time period: the 25th anniversary of the LA riots through the lens of Koreatown and the greater Koreatown neighborhood. I also wanted to provide a diverse cross-section of Angelenos' stories, stories that I haven’t really heard before. Looking back on that civil unrest, they are lacking in the narrative.

[K-TOWN '92] is not meant to be comprehensive. It's really meant for the person who comes to the website to discover and find on their own the stories they're interested in, juxtaposed with media news coverage at that time and archival material from Visual Communications, shot by independent documentary filmmakers back then. So you have several different types of footage you can explore on this site. Having these different options to look at different perspectives gives you an opportunity to explore what that journey might be. For example, you can choose to just look at 2017 interviews that I’ve shot, or the news footage, or interviews shot in 1992 by independent filmmakers. But you can only choose that after you've entered this experience and had different types of footage offered up to you.

In the popular conception, many people think of those riots as being centered in South Los Angeles. Why Koreatown?

If anyone is connected to Koreatown at all, they realize it was heavily affected by the riots. Over 2,000 businesses were looted or burned.

I'm also working on a larger piece about Koreatown LA, and I'm looking at this neighborhood that embodies the beating heart of immigrant LA.` The people that populate Koreatown are predominantly Latino and Asian, and those narratives always seem to be missing from the 1992 coverage. We'd get images of Korean merchants on the roof of their businesses with guns, trying to defend their property or shooting indiscriminately, but that's all the images we get. The narrative of 1992 in most mainstream media and news reports over the past 25 years have been about that. For me, to focus on Koreatown is a choice to foreground other stories. Some of the stories we have are also in South LA and many other places affected by that time.

I've just been dissatisfied with the kinds of storytelling that have come out of 1992. As a Korean American, it's just been extremely frustrating to have such a limited perspective. There were a lot more factors at play. But those were the images that remain. K-Town '92 is both a media critique, and a presentation of other stories that disrupt that.

Where were you during the riots in 1992?

I was actually living in Korea at the time. I was at a friend's house just hanging out, and suddenly someone came in and said, "You've got to look at the television. Koreatown in Los Angeles is burning." It was so surreal to me because at that point I had never lived in Los Angeles, but I'd always heard about Koreatown. But I didn't have any images associated with it. It was 1992; there were no other images of Korean Americans or even Asian Americans on television in general in the United States. So suddenly, something that's not me personally, but related to who I am and where I come from, is completely on fire. It was like a war happening. When I came back to the US a few months later, everyone was talking about it. People were really trying to dig into this so-called "Black-Korean conflict."

Some say that was the moment when Korean America was born. People suddenly became conscious that "Hey, this means something, to be Korean American." That affected me as well. It's something that's always stayed with me.

I moved to LA in 1997, and I live in Koreatown. I've watched the neighborhood evolve over the last two decades, and I think about how this story is largely unknown and is getting completely erased. It is provocative.

You say in your artist statement on K-TOWN '92 that the events led to a "consideration of the role of Korean Americans in the larger American society." How? Did you mean political, cultural or something else?

Everything. We're aware of our status in the United States. People realized they had to become more civic-minded and more aware and not be such an insulated community. We need to pay attention to relations to other groups and our place in the hierarchy of America. It forced a lot of people, particularly of my generation - second generation and born here, and grappling with what it means to be American. It made a huge impact on us. In 1992 I was just starting to be interested in filmmaking and images and representation. The riots shaped my path, for sure. Not having images that I could rely on that represented my experience or other peoples' experience that were close to me also made me want to get into this field.

Looking at the kinds of work I've done, and I'm interested in, it's highly tied to community history, race and politics.

What have been the most surprising things you've discovered as you've been speaking with people who lived through this?

I'm making a short film connected to this, on three journalists of color at the LA Times then, covering this event. It looks at how tensions in the streets were mirrored in the newsroom, in terms of the kinds of stories that were allowed to be told at the paper of record. It was interesting to interview three journalists - one Latino, one African American and one Korean American - and hear their perspectives. I relate to them because we struggle with having to tell the story and being the token person at mainstream publications, and also having to carry that burden, but not being allowed to tell the whole story the way they wanted to. That was really interesting.

I also interviewed a few people, African American and Latino, who were born and raised in South LA. They were middle schoolers or high schoolers at the time, and they talked about their experiences growing up in South Central with Korean business owners, who owned most of the businesses there; their experiences of feeling disrespected going into these stores; and their connections to the shooting of Latasha Harlins by a Korean shop owner, and how that was a part of the larger unrest. It wasn't just about Rodney King. Many different experiences led up to the explosion in 1992. These were all things I knew already, but to hear personal accounts from people is always more potent. It's a first-hand point of view, not necessarily from a historian or a spokesperson - just people describing their lived experience. We have to hear those stories.

CAAM is a funder of the K-TOWN ’92 interactive web documentary. Find out more about the project online, on Facebook and Instagram. CAAM will present a Facebook Live event on facebook.com/WORLDChannel on April 29 at 1:00 p.m. EST/10:00 a.m. PST.

Nina F. Ichikawa is the policy director at the Berkeley Food Institute, and has written on Asian American life for Rafu Shimpo, the International Examiner, Al-Jazeera America and NBC Asian America. She was the founding food and agriculture editor of Hyphen magazine. .

END_OF_DOCUMENT_TOKEN_TO_BE_REPLACED

Hello, My Name is Grace Lee