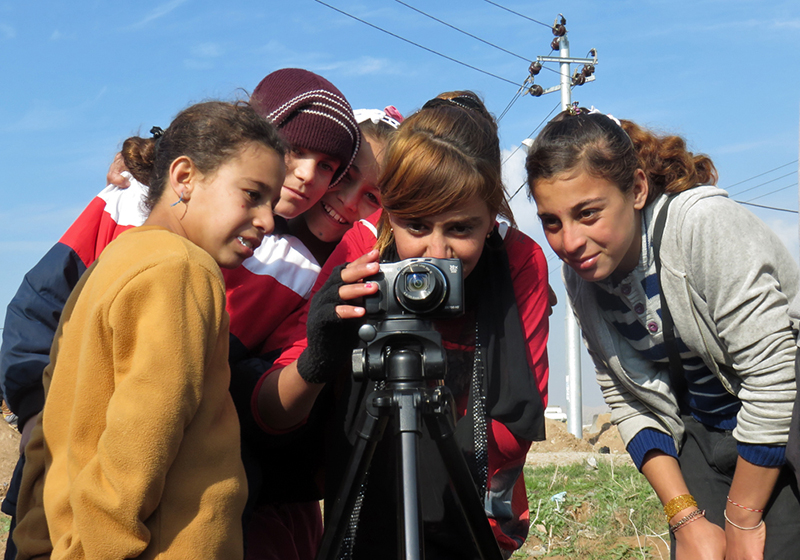 Since the 1970s, the Berlin International Film Festival has devoted an exclusive strand to children and teenagers. The strand, conspicuously titled "Generation," features two competitions, Generation Kplus and Generation 14plus, that have aimed to integrate youth into the film discourse and discover new perspectives through cinema. This year's Generation presented a special screening of Life on the Border, a gripping project initiated and produced by Kurdish filmmaker Bahman Ghobadi. Over the past years Ghobadi has tirelessly narrated stories of the Kurds, the largest ethnic group without a state; their population spans from southeastern Turkey to northwestern Iran, northern Iraq and northern Syria. An esteemed filmmaker, whose oeuvre has been eloquently deemed "an extraordinary example of cinema dancing on the abyss," is known for a string of films that present an emotive tapestry of the history of the Kurds. Ghobadi was behind the first Kurdish film produced in Iran, A Time for Drunken Horses (2000), followed by numerous other films, including Marooned in Iraq (2002) and much celebrated Turtles Can Fly (2004), for which he earned the Peace Film Award. The plight of the Kurds, always a central theme in Ghobadi's work, came to the fore in his latest documentary, A Flag without a Country, which had its world premiere at this year's Sundance Film Festival 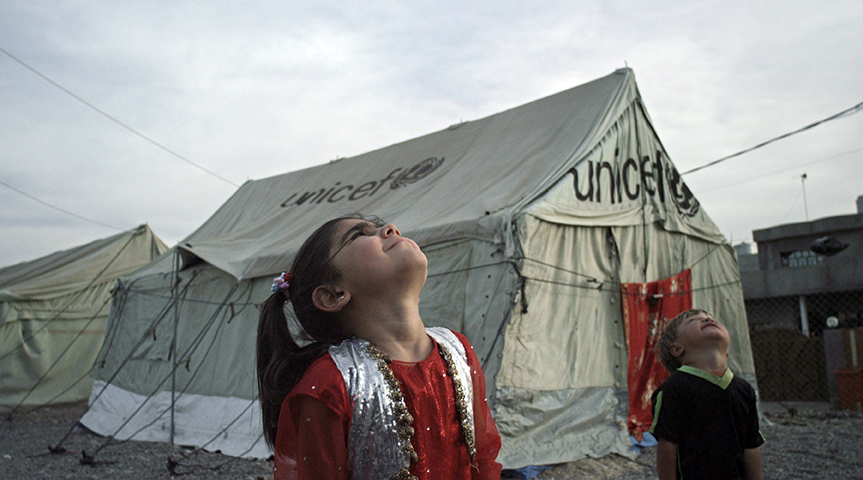 In the summer of 2014, Ghobadi was in the middle of shooting A Flag without a Country when the Islamic State started its offensive in Kurdish residential areas in northern Iraq and Syria. With the surge of the attacks from ISIS, thousands of Kurds left their homes to seek refuge in camps across the region. To bring to light the lives of those most affected by war, Ghobadi donated 25 cameras to children in five refugee camps in Kobanê and Shingal. Over the next seven months, children were taught classes in cinematography and storytelling, which allowed them to record and share accounts of their lives. Unlike other films that cast light on the plight of children in wartime, Life on the Border left this task to the children themselves. Consultants who supported the young directors during filming note that at first, parents were wary of the filming activities in the camps. Some shared their concern about the media attention they were receiving: "Journalists and filmmakers have been frequent guests here," said one of the adults. "We are on TV every day, but this hasn't brought about much change." Despite the parents' disapproval, many children came to the filmmaking classes and later their own production sets. "Sometimes more than 15 children worked on a single film, just like in a big production," recalls Shaho Nemati, a director's consultant and production manager on Life on the Border. "Not everybody got to direct a film, but those who didn't, weren't feeling left out. Everybody was involved in the process. It is their film. These stories belong to all of them." 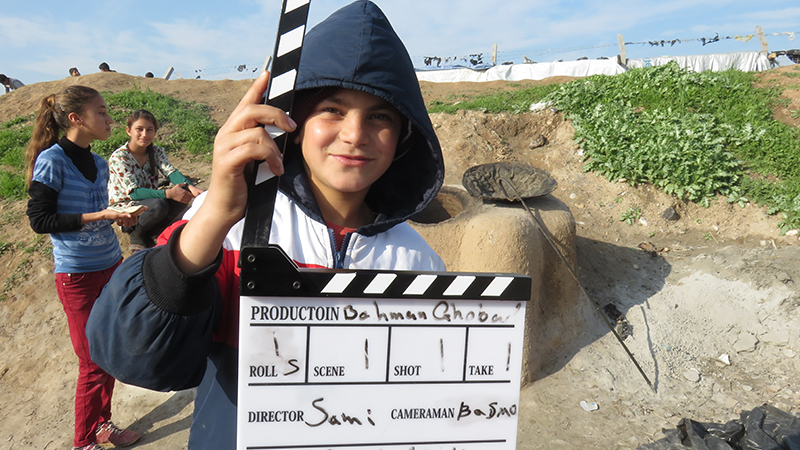 By the end of the project, eight of the children's stories were incorporated in the 73-minute omnibus film. Life on the Border combines both real-time documentation of the children's lives and re-enactments of their past experiences. While the use of re-enactment in documentary has filmmakers divided, it seems a propos in Life on the Border, as it reproduces and reveals a history of the Kurds that would otherwise remain unseen. Life on the Border evinces a solemnity that is remarkable given the age of the directors. Poetic yet gritty, the film exposes the harrowing human drama of the life in refugee camps. In one of the shorts, Bread and Yogurt, 14-year-old director Sami Hossein reconstructs a story of loss that is shared by thousands of his fellow refugees. Sami wakes up from a feverish nightmare of blurred images of men who keep his sisters captive. A strange noise emanates from a small TV set; it's the vehement cry of a woman: "Mr. President, my people are being killed by ISIS. Shia, Sunni, Arab, Kurd, Turkmen. And today Yazidis…." A sense of anguish fills Sami's tent. Sami's camera wanders around the room, capturing a limb prosthesis, his disabled father passing prayer beads through his fingers, and Sami's mother, who can no longer afford to look away. For all the atrocious reality that Sami is experiencing, the most memorable images are the quiet ones, like the boy's face when he is laboriously cleaning the limb prosthesis next to his dozing father, who has been maimed during the raid on their town. 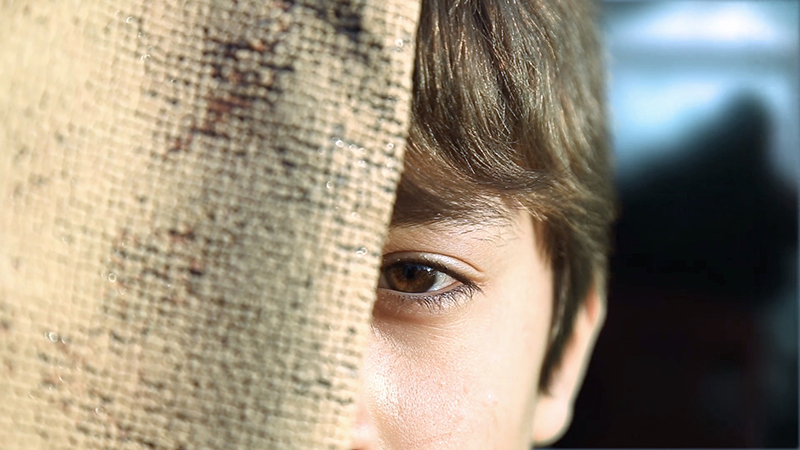 Our Film Is Better, directed by 14-year-old Ronahi Ezaddin, paints a picture of the routine of daily life in the camp being interrupted by an invitation to watch the Hollywood feature American Sniper. Children rush to the makeshift cinema as a man announces through the loudspeaker about a new movie with "beautiful war scenes" that will be showing at the camp. However, the war onscreen pales in comparison to the real war that the refugees experience daily. One of the men in the camp grumbles, "Cinema! What cinema!? We are the cinema!" As the children view the war projected on the wall, cinema is suspended once the explosions resume outside the tent. As the story draws to a close, a group of children stare in the far-off place that they still call home. Covering their faces with their palms, they pray in unison, whispering, "God, please not my home, not our neighborhood." 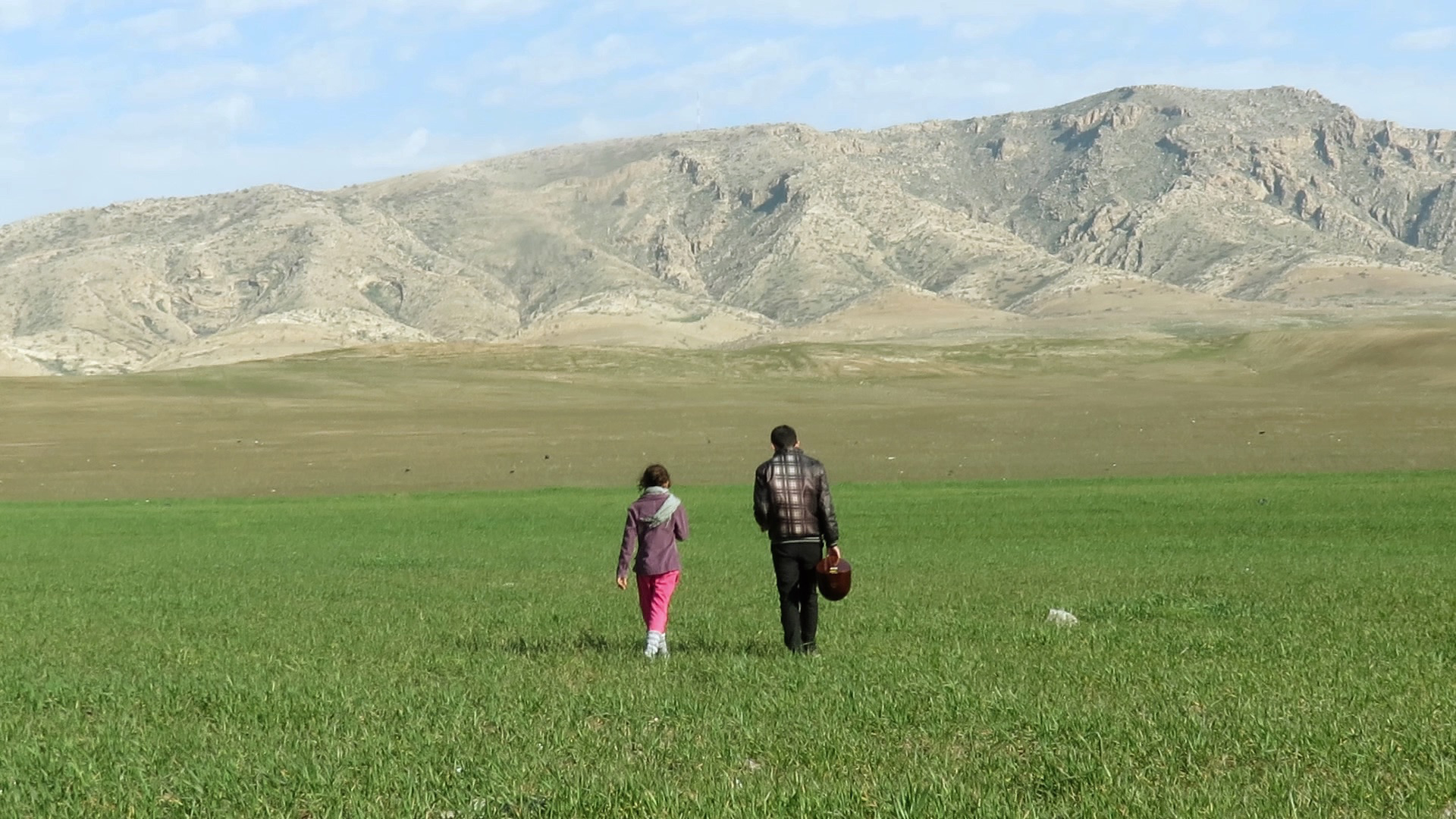 Life on the Border closes with Serenade of the Mountains and the serene, painfully beautiful pastoral scenes of Kurdistan. Serenade of the Mountains follows the quest of a Kurdish musician for Zohour, a girl with a beautiful voice. Gradually, it becomes clear that the search for Zohour is the search for a homeland. In a conversation with Documentary, Nemati remarks that, contrary to what the mainstream public believes, the children do not want to travel abroad; they want to go back to their towns to rebuild their communities. He confides, "In fact, our young directors have recently expressed that they want to make a second film— about coming home." 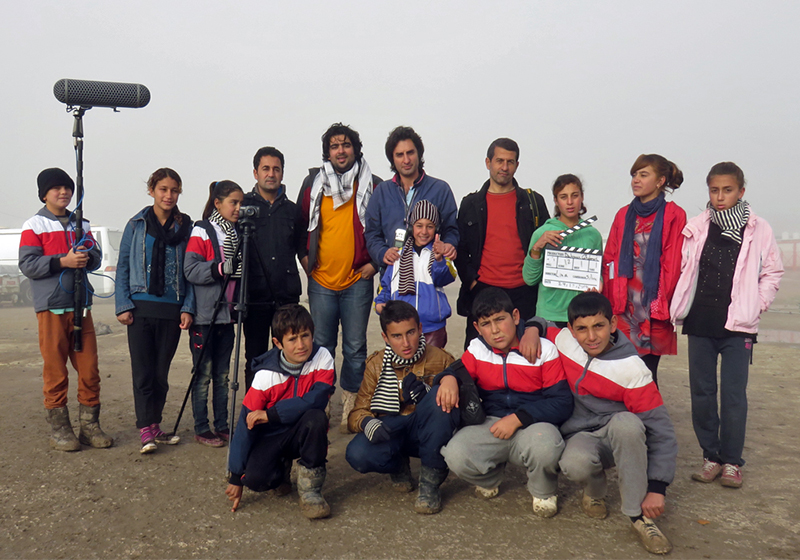 The young directors behind Life on the Border could not join the screening of the film in Germany since, as one of the refugees remarked, "There is no bus going from Kurdistan to Berlin." Nevertheless, the children found a way to communicate their message through a letter that they had sent to German Chancellor Angela Merkel, in which they expressed their desire to become filmmakers, asking her to "send cameras—not weapons." Nemati and line producer Golriz Ehtiati recount that it was agonizing to make this film. As Ghobadi described it, getting the traumatized children to appear in front of the camera was "like taking your skin off." However, despite having to relive the painful memories, the children found hope in making this film. Nemati shares that because of the burn marks that the war has left on Diar Omar's face, the 13-year-old boy was timid to show up at the filmmaking classes at first. "He would run away when I called him," Nemati elaborates. "But he would always peek through the door as we were working on the film." Over time, Diar's timidity was offset by his passion for cinema. "In the end, his film was among the eight chosen for Life on the Border," Nemati shares proudly. These days the children are the ones who are offering support to Nemati. After receiving numerous threats because of his participation in the project, Nemati is now a refugee himself, albeit in Germany. The filmmaker confides that he has been receiving calls from 14-year-old Hossein, director of Bread and Yogurt, who assures him that soon everything will be okay.

Sevara Pan is a Berlin-based film journalist and writer. She previously wrote for the leading European Documentary Magazine DOX, an initiative by European Documentary Network, and worked on the award-winning Pipeline (Dir.: Vitaly Manski) and The First Sea (Dir.: Clara Trischler).

END_OF_DOCUMENT_TOKEN_TO_BE_REPLACED

The Making of Children in War