America's view of war has certain conventions. There are always two sides. If our own country is involved, then we are undoubtedly the good guys. And when our enemies die, they die deservedly. But upon reflection, and with the availability of more information, the good guy/bad guy line becomes less clear-cut, and is frequently crossed or redrawn.

As America continues its fourth year in the maelstrom that is Iraq, a number of documentaries are closing the distance between the home front and the war zone, capturing not only the conflict but also the human cost of the warfor combatants and non-combatants. Patricia Foulkrod's The Ground Truth: After the Killing Ends, James Longley's Iraq in Fragments and Andrew Berends' The Blood of My Brother tell stories of the war from perspectives rarely accessed through mainstream media outletsperspectives of the invaded, and the physically and psychically wounded.

"From watching movies, a lot of us feel we know what war is," The Ground Truth's director, Patricia Foulkrod, notes. "We have this fascination and tradition with it, but the truth is we don't have a clue." Although her film includes footage shot in Iraq of US soldiers on patrol, she considers it just a glimpse of their experience. Her interest lies in what happens to these soldiers when they return.

Because there's no war at home, Americans are able to hide and deny what their soldiers do. "We wave them goodbye," Foulkrod continues. "Then we see shots of them coming home, and we don't show anything in between." The Ground Truth, which opens this fall through Focus Features, details the shattered lives and illnesses, such as depression and post-traumatic stress disorder (PTSD), that today's soldiers face upon their return from both Iraq and Afghanistan.

National Guardsman Paul Rieckhoff, who appears in the film, shared some sobering statistics with the teary-eyed audience following a screening at Sundance: "Over one million people have gone through the theater in Iraq or Afghanistan since September 11. Roughly one in four return with PTSD. The unemployment rate among veterans is double the national average. We're seeing a tremendous human toll. It's not just a foreign policy issue; it's becoming a domestic issue."

As Foulkrod goes behind the image of a jubilant military homecoming, filmmakers Andrew Berends and James Longley go behind the standard footage most often televised of Iraqis: the angry, chanting demonstrators; the bearded cleric exhorting the crowd; the grieving, wailing woman clad in black.

Both Longley and Berends comment on the complexity and diversity of Iraq, which has not been conveyed adequately. "Iraq has 1,000 years of history and culture," explains Berends, who spent six months there in 2004. He made the journey not knowing what his story would be, motivated by the conviction to witness and document events first-hand. He spent one week embedded with US troops, and the rest of the time criss-crossing Baghdad with a translator, free to seek out the experiences of Iraqi civilians. "I could go out every day and find a new story and every day a tragic story," recalls Berends. His final product was two complete films: The Blood of My Brother and When Adnan Comes Home.

The Blood of My Brother premiered at IDFA in 2005 and had its US premiere at the 2006 Tribeca Film Festival. The film was released June 30 through LifeSize Entertainment. Ultimately, the story found Berends. Ra'ad, a volunteer guard at a mosque, was mistaken for an insurgent and was killed by US troops. Ra'ad's friends implored Berends to tell Ra'ad's story. "Initially, I felt the story was over, but they brought me to the family," Berends recalls. "It was a very strange thing to show up on the third day of mourning to film. I met his brother and mother and realized the drama was in the family going forward." The film follows the family for six months, interweaving scenes of fighting and the family mourning and suffering, which does not lessen over time. In fact, their financial situation declines precipitously because of Ra'ad's death.

Longley spent two and a half years in Iraq, well out of the "green zone," and living in a neighborhood near one the world's oldest universities. Although Longley initially considered embedding, he "didn't succumb," as he found it easer to get material on his own, accompanied by a translator. Embedding meant following the conventions of a war movie. "I had a different mind-set," says Longley. "I was in a war zone but not making a war movie."

"People do have this idea that there is an American side and then there's an Iraqi side," Longley explains. "It's not a side; it's a condition, and people either suffer more or less, per the occupiers." Shot vrit-style using Panasonic DVX cameras, the film shows the normalcy of daily lives: kids at school, men at work, shoppers in the city markets. American troops and tanks are backdrop. "The occupation is there," he continues. "It's either good or bad for people, but it's not the center of their life; they can take it or leave it."

Iraq in Fragments is divided into three parts to illustrate how Americans have been conditioned to view Iraqis--as Shiites, Sunnis and Kurds. The reality is much more Byzantine. The first segment follows an 11-year-old Baghdad boy who works in an auto repair shop; we see the occupation as it impacts his impoverished life. In the segment entitled "Sadr's South," Longley shows the rise of Shiite power from inside the holy city of Najaf.

In April 2004, the security situation drastically changed in Iraq with the siege of Falluja and the Abu Ghraib prison revelations. It became impossible for Westerners to move about freely. Longley moved in September 2004 to northern Iraq. There he shot "Kurdish Spring," a portrait of a relatively peaceful farming community. His emphasis was on a very personal story of inter-generational disconnect.

Lyrically shot, with an emphasis on visual imagery, the film earned Longley prizes at Sundance for documentary cinematography and directing, as well as the first-ever documentary editing prize, shared with Billy McMillin and Fiona Otway. The film also won the Grand Jury Prize at Full Frame. Complex, layered sound design adds atmosphere and sets a mood that helps push the film along.

Longley was able to finish production physically unscathed but explains that the security situation is fundamentally worse. As more and more Iraqis are affected, the interconnected nature of the society--its tribal aspect--takes over. "In Iraqi culture, if a brother is killed then the family must take revenge, not just you," Longley explains. "Your entire clan is obligated to take revenge."

The Blood of My Brother aptly illustrates the ripple effect of one man's death. Ra'ad's brother comes to decry the Americans. But what Berends found after following both the American and Iraqi fighters in Sadr City is that the war came down to young guys shooting at each other. "I couldn't help thinking, if they would sit down at a table with each other and close that distance, it would be impossible for the war to continue," theorizes Berends. Part of his impetus in making both documentaries was to close the distance between America and the Iraqi people and the continuing war that "most people here don't want to think about it."

On the domestic front, The Ground Truth aims to expose the war's reality and heartbreak for returning soldiers, also ignored or avoided by most. Says Foulkrod, "I tried to show how shattered many people truly are when they come back from an environment, a situation where they are doing and seeing things they never imagined possible for thema kind of heartbreak that we have never experienced that they will have the rest of their lives. What we do to people when we ask them to kill has to be taken seriously if we care about human life." She recently struck a deal with Focus Features to release the film.

Iraq does not appear to follow the conventions of an archetypal conflict. There aren't tidily packaged evil-doers or enemies, and these films reflect the war's ambiguous, difficult nature. The political reasoning behind the conflict seems invisible on the streets and in the neighborhoods of Iraq. Returning soldiers have difficulty living with the betrayal they feel. But unlike those affected, after watching the films and seeing the futility of conflict, the difficulty of resolution and the terrible human cost, the audience goes home to peace. It doesn't seem that the soldiers and Iraqis can even hope for it.

Kathy McDonald is a Los Angeles-based arts and entertainment journalist. 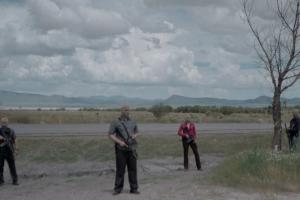 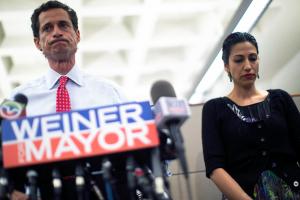 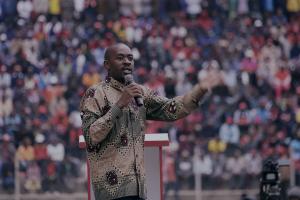 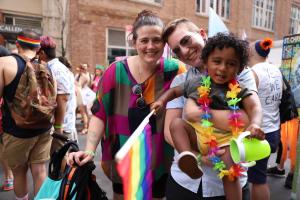 Jun. 27, 2019Online Feature
Making the Most of a Web Series
Read More 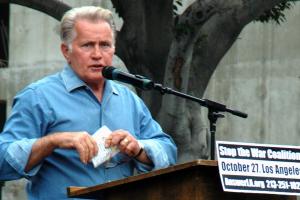 May. 2, 2003Feature
Style or Subject Matter: Which Has More Political Impact?
Read More 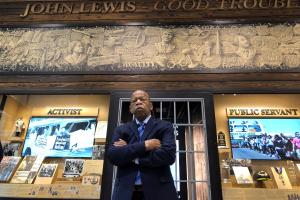