There Goes the Neighborhood: 'Los Sures' Offers a Time Capsule of South Williamsburg 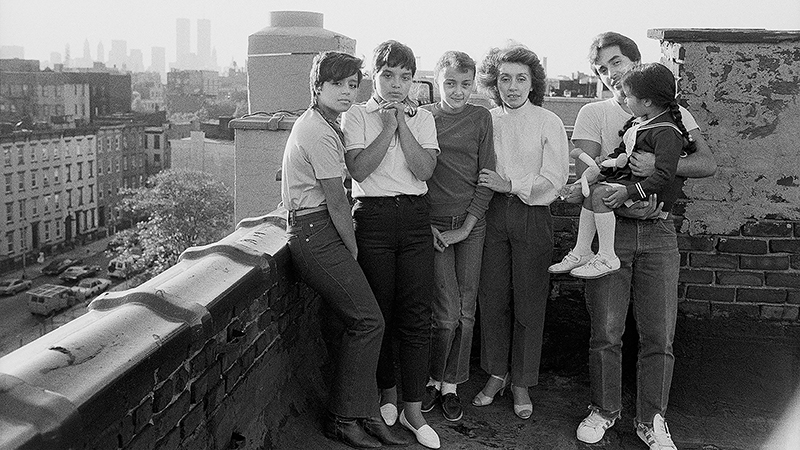 When a young filmmaker named Diego Echeverria brought a small production crew to Brooklyn's South Williamsburg neighborhood in the early 1980s, he wasn't intending to create a time capsule. Echeverria, who was born in Chile but grew up in Puerto Rico, visited the largely Puerto Rican and Dominican community to document the spirit and creativity that thrived among the abandoned buildings and run-down streets. At the time, South Williamsburg—then informally referred to in Spanish as "Los Sures" — was one of the poorest areas in New York City.

"When I was doing [the film] 33 years ago, I wasn't thinking ahead," Echeverria says, via Skype from his home in Miami. "I was thinking very much about the moment in which I was making it. It's an exercise of really interpreting and capturing and expressing what people, what certain situations, are telling you about ourselves at the moment."

Shot on 16mm, and inspired by the giants of Direct Cinema as well as the urban modernism of Dziga Vertov, Los Sures follows the daily lives of five residents of the neighborhood, crafting mini-narratives that represent a wide range of experiences. Echeverria's camera seeks out the breakdancing battles as well as the food stamp collecting, the planning of petty crimes as well as organized resistance. "I mean, those streets spoke out loud," he says. "They were so vibrant. They were so full of life. People were so wonderful."

The documentary premiered uptown at the 1984 New York Film Festival, but after receiving a dismissive review in The New York Times, it essentially disappeared. Even today, Los Sures remains Echeverria's sole IMDb credit. In the decades following the film, Echeverria worked on educational and health-related productions, and then pursued a career in international development. He says he has been retired for several years: "It's just a fact that doing the kind of work that I was interested in was becoming more difficult."

But over 30 years later, with Williamsburg having become a neighborhood of million-dollar lofts, upscale eateries and cutting-edge fashion, Los Sures has been granted an unlikely second life. A newly restored version of the film belatedly received its proper theatrical release this spring at the brand-new Metrograph theater on New York's Lower East Side; it earned $60,000 by its second weekend, and ended up playing for over three months. 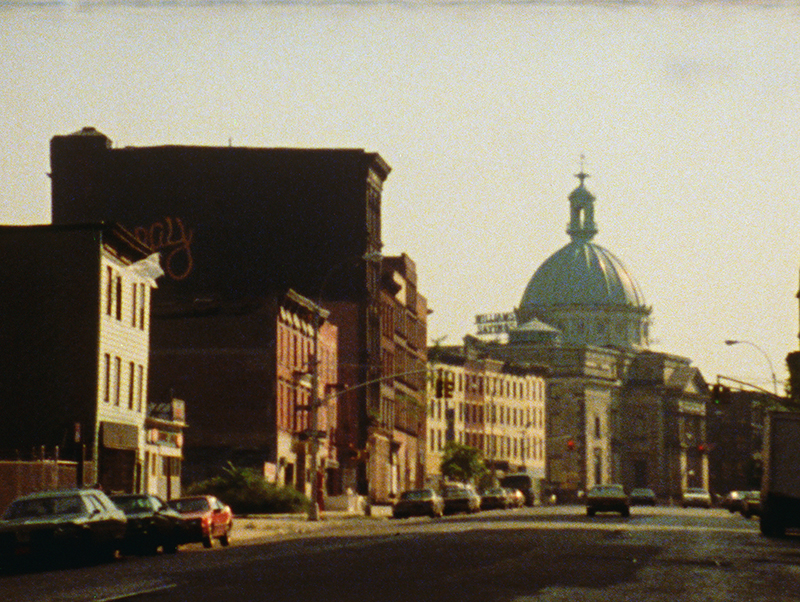 Indiewire called its opening weekend gross "a stunner," noting that it would have been even higher if the film had been playing in a larger theater. In short, Los Sures was "the sleeper hit of the year so far." In May, Oscilloscope acquired the US rights to the film, and just launched a summer-long nationwide rollout on June 24, with screenings at Brooklyn Academy of Music and Miami's O Cinema Wynwood.

For Echeverria, the film's resurgence is "quite a wonderful experience, personally. But how did this happen? That's the interesting part to me. It's basically an acknowledgment that there's a new generation that understands the documentary form in ways that [people didn't] 30 years ago."

Though Echeverria is a silent presence behind the camera, Los Sures is an unusually intimate collective portrait, one that takes an immersive, elliptical approach to the social-issue documentary. His crew spent a month "basically hanging out in those streets, just getting to know those people—getting them to trust us as a team."

Some of his subjects were understandably reluctant to let Echeverria's crew into their homes. "It was heavy equipment…and the apartment's already crowded. And then you also need to set up lighting and leave them there overnight because you don't have the time to set up the following day again. It meant that we basically took over the environment of other people. And strangely enough, after a while they don't notice. They live with it and their lives keep on going." 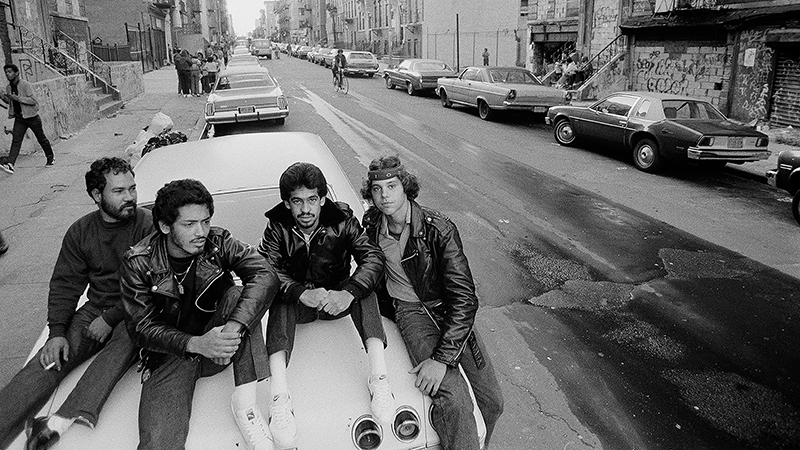 The film's resurrection process began in 2007, when filmmaker Pamela Yates shared a rare VHS copy with the team at UnionDocs, a documentary-focused arts organization based in Williamsburg. Fascinated by the film's vivid slice of local history, UnionDocs founder Christopher Allen began showing the video around the neighborhood; the local audience response suggested that Los Sures was indeed an undiscovered treasure.

When UnionDocs approached Echeverria about trying to restore the film, "It was a full surprise," he says. "I was living in Venezuela. They contacted me through Skype, and we had a conversation with about 30 people who were watching the film. And so, after that screening, I answered a few questions and thought, Well, that's it."

What began as a one-off screening snowballed into a multi-year process. "UnionDocs had a wonderful initiative," Echeverria continues. "They get 30 people every year to come and work with them as fellows. And so, as they watched the film, many of them were inspired to actually develop their own projects based on the film. And that's a project that's called Living Los Sures."

UnionDocs' ambitious historical memory project treats Los Sures as a jumping-off point for an immersive people's history of South Williamsburg. A multimedia extension of Echeverria's urban anthropology, Living Los Sures features a shot-by-shot deconstruction of the original documentary that allows Southside residents to splice their stories into the Los Sures patchwork. It also includes 40 short documentaries about the Southside, which have played at festivals like MoMA's Documentary Fortnight, BAM Cinemafest, and DOC NYC. One particularly striking interactive short follows the present-day Marta, an unforgettable character from the original film, as she faces retirement and a decision on whether or not to leave the neighborhood behind. 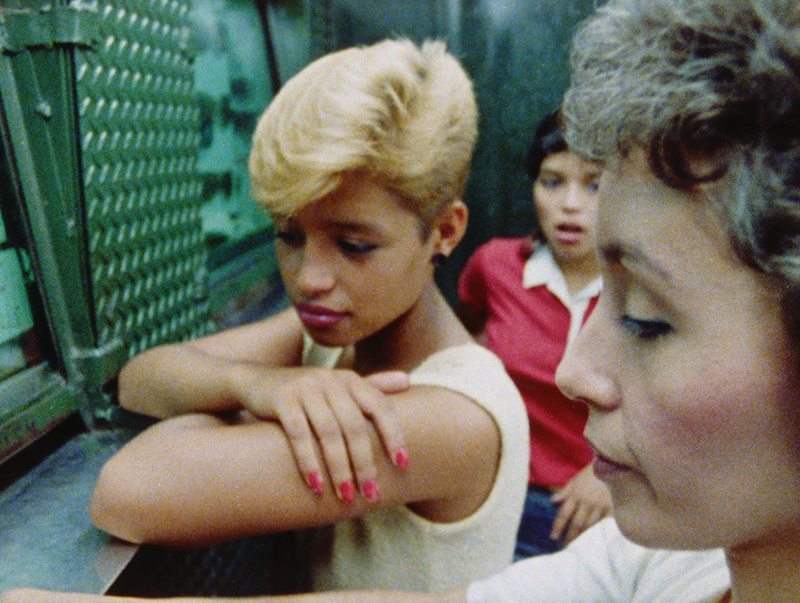 Though the pre-gentrification Williamsburg of Los Sures is now all but unrecognizable, immigrant communities still face various forms of structural inequality and resource scarcity in other parts of the borough. "Los Sures is a reflection on the history of the neighborhood, but it's also an acknowledgment of the issues of poverty and marginalization," Echeverria explains. "And that's the most interesting part for me—to see that those problems we were addressing then are still resonating with this younger audience."

Echeverria is not currently pursuing a new film project, instead taking time to appreciate that the saga of Los Sures—no longer just an undiscovered hour-long film, but a full-fledged collaborative documentary platform—is still in motion.

"This has all been such a wonderful surprise that I don't dare to think ahead, you know? I'm enjoying the moment."

Akiva Gottlieb is IDA's Communications Manager, and has written for The New York Times, Los Angeles Times and The Nation.